“Acting together to achieve social and environmental justice for all”

The theme for the Day this year addresses the challenge of achieving social and environmental justice for all. The growing recognition of the multi-dimensional aspect of poverty means that these two issues are inseparably linked and that social justice cannot be fully realised without addressing environmental injustices at the same time. Whereas some progress has been made in addressing income poverty with schemes like Fairtrade and others, there has been less success in addressing the other important dimensions of poverty, including the rapidly growing impact of the environment.

The participation, knowledge, contributions and experience of people living in poverty and those left behind must be valued, respected and reflected in our efforts to build an equitable and sustainable world in which there is social and environmental justice for all. Governments must act decisively, in partnership and in solidarity with people living in poverty, to effectively address the impending global economic downturn that now threatens to erase part of the gains in reducing poverty and stall efforts to fight climate change and environmental degradation.

While global poverty rates have been cut by more than half since 2000, one in ten people in developing regions still lives on less than US$ 1.90 a day – the internationally agreed poverty line, and millions of others live on slightly more than this daily amount. Significant progress has been made in many countries within Eastern and Southeastern Asia, but up to 42 per cent of the population in Sub-Saharan Africa continues to live below the poverty line.

Poverty covers more than the lack of income and productive resources to ensure sustainable livelihoods. Its manifestations include hunger and malnutrition, limited access to education and other basic services, social discrimination and exclusion, as well as the lack of participation in decision-making. In 2015, (most recent estimates) more than 736 million people lived below the international poverty line. Around 10 per cent of the world population is living in extreme poverty and struggling to fulfil the most basic needs like health, education, and access to water and sanitation, to name a few. 10 percent is down from nearly 36 percent or 1.9 billion people in 1990.   However, due to the COVID-19 crisis as well as the oil price drop, this trend probably will reverse in 2020. The COVID-19 crisis will have a disproportionate impact on the poor, through job loss, rising prices and disruptions in services such as education and health care.

There are 122 women aged 25 to 34 living in poverty for every 100 men of the same age group, and more than 160 million children are at risk of continuing to live in extreme poverty by 2030.

When was the first observance of the International Day for the Eradication of Poverty?

The observance of the International Day for the Eradication of Poverty can be traced back to 17 October 1987. On that day, over a hundred thousand people gathered at the Trocadéro in Paris, where the Universal Declaration of Human Rights was signed in 1948, to honour the victims of extreme poverty, violence and hunger. They proclaimed that poverty is a violation of human rights and affirmed the need to come together to ensure that these rights are respected.

Through resolution 47/196 adopted on 22 December 1992, the General Assembly declared 17 October as the International Day for the Eradication of Poverty and invited all States to devote the Day to presenting and promoting, as appropriate in the national context, concrete activities with regard to the eradication of poverty and destitution.

October 17th presents an opportunity to acknowledge the effort and struggle of people living in poverty, a chance for them to make their concerns heard, and a moment to recognize that poor people are the first ones to fight against poverty. Participation of the poor themselves has been at the centre of the Day’s celebration since its very beginning. The commemoration of October 17th also reflects the willingness of people living in poverty to use their expertise to contribute to the eradication of poverty.

Everyone can join the campaign on social media by using hashtag #EndPoverty and promoting the call to action to connect with people from around the world who have joined the fight to overcome poverty. Use #EndPoverty to share messages about the International Day for the Eradication of Poverty via social media. 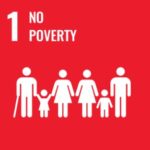