The UN at 75- and the voices of Women 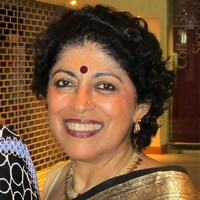 These are disturbing times – in every sort of way – humankind is faced with the uncertainty of what is the new normal, for normal has become variable. In this uncertain time, an institution – the United Nations that was meant to be a harbinger of peace, justice and stability – marks 75 years of its existence.

In 1945 a dream was realized when 51 nations pledged to work for peace – having experienced a near annihilation post World War II. The United Nations became a symbol of a collective desire for peace. All agreed to the laws put in place, to monitor conduct so as to protect human rights and bring that peace. Accountability for those that transgress these laws was agreed upon.

Yet, 75 years on, the scourge of wars hangs heavy, and the UN seems a fractured body, as human rights violations have spiked, inequality has widened, new forms of violence and conflict have emerged and populism and nationalism become disrupters. To top this is an unprecedented global health crisis with severe economic and social impacts. The UN Secretary General has remarked “it is fast becoming a human rights crisis”.

In this scenario the progress made by the feminist movement has seemingly been put on hold. What is important is that women are the most impacted whether it is because of wars, environmental issues, economic down sliding, political uni-lateralism leanings or even the current COVID-19 crisis

By the cancellation of CSW64 in March this year the many voices that are heard, the angst of the feminists and the impatience of the NGOs, were put on hold. UN Women Director Phumzile Mlambo-Ngcuka remarked “Women are radically impatient for action that improves their lives. They see the progress made, but also that it is accompanied by pushback and erosion of gains. They see that the scale and pace of change has not been what it should be.” 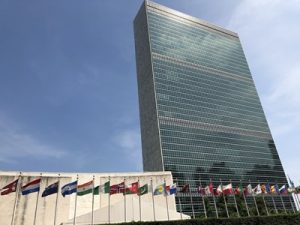 Women have to continue to use their voices their only effective weapon they have to mitigate the outcome of this turmoil. But more importantly soroptimists have to use their voice – the powerful tool that we have been using effectively for 99 years now. That voice which can energize women to join the chorus for equality, equity and a sustainable future. A future where women and girls will no longer be stereotyped or stigmatized because of their gender.

In the midst of the current corona crisis Soroptimists have brought some manner of stability in doing what they do best for the community – e.g. volunteering their time to make masks and protective gear for  frontline workers, connecting with seniors to help them tide over isolation and loneliness and making food and groceries available where it’s needed most.