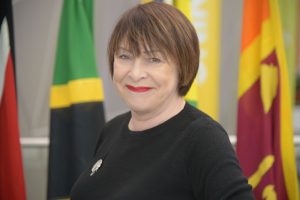 Where did May go?  I have never known a month go by so quickly.  I must admit that it has been a busy 4 weeks.  Lots of ‘Go To Meetings’ with Directors, the Website Working Party, the PR and Marketing Committee, Region/NA/Country Presidents and on Saturday the Director of Membership and I met with a few Associate Members to understand more about their membership experience and what might be needed to improve it for them….more information later.

I hope you have seen the PR and Marketing Content Calendar on the website.  If you have then you will know that there are two events in June, Volunteers’ Week takes place between 1 – 7 June   if you are using a hashtag, then consider using #Soroptimistsvolunteer.  Then the second is celebrating the UN Environment Day.

Since 1974 World Environment Day has been celebrated on 5 June.  Its aim is to focus us on a pressing environmental issue and engage us in taking responsible action.  The theme this year is biodiversity.  Inger Andersen, Executive Director of the UN Environment Programme, stressed that with one million plant and animal species facing extinction, there has never been a more important time to focus on the issue of biodiversity.

According to the World Health Organisation, many of the Earth’s ecosystems are nearing critical tipping points of depletion or irreversible change, pushed by high population growth and economic development.  By 2050, if current consumption and production patterns remain the same and with a rising population expected to reach 9.6 billion, we will need three planets to sustain our ways of living and consumption.

The causes of biodiversity loss are complicated, but we know the human population is making the problems worse.  In the short time humans have been on the planet we have increasingly disrupted the balance of biodiversity through changing land use, overexploitation of resources and the impact we are having on climate.  Natural habitats have been converted into farms, factories, roads and cities.  In the ocean, we are overfishing, drilling and mining.

2020 was to have been a monumental year for environmental action as world leaders were due to make critical decisions on nature and climate at the COP 26 summit in Glasgow in November.  This, like many other things has been postponed due to Covid-19.  It has been announced that COP 26 will be held and is rescheduled for Glasgow in November 2021.  It is hoped that the rescheduling will ensure all parties can focus on the issues to be discussed at this vital conference and allow more time for the necessary preparations, required by the Paris Agreement 2015.

June 5th is the opportunity for us to think of the responsibility we have to care for the Earth and to become agents of change.  We can talk about all the action we have already taken and continue to take towards the Planet Sustainable Development Goals. 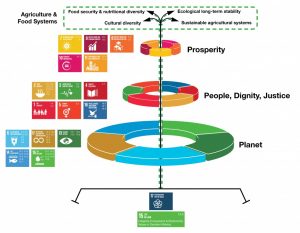 It’s at this moment, I turn to David Attenborough.  I heard him being interviewed on the BBC and what he said has had a powerful effect on me.  He said, in response to the question “What can I do to save the planet?”  He replied, “….the best motto to think about is not waste things.  Don’t waste electricity, don’t waste paper, don’t waste food.  Live the way you want to live but just don’t waste.  Look after the natural world, and the animals in it, and the plants in it too.  This is their planet as well as ours.  Don’t waste them.”

I will leave it there.  Have a good June and please look out for my first video which launches a donation appeal for a sculpture for our Soroptimist International Great Britain and Ireland plot at the National Memorial Arboretum. 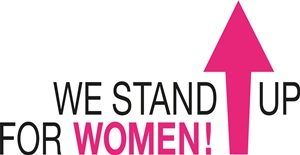