Despite the fact that contraception has been around for as long as humans have been having sex, it’s unfortunately still seen as a controversial and contentious subject.

Even in 2020, simply talking about contraception can be regarded as a subversive act in some cultures, and in many societies around the world women and girls are still struggling to discuss contraception, acquire contraception and implement a method of contraception that works for them.

The impact of this on the lives of women and girls is seismic; without contraception, it is very hard for women to break out of the cycle of childbearing, to acquire an education, to achieve a career or to gain independence. Without access to effective contraception, women remain constrained by the patriarchy and, very often, lack autonomy over their own lives.

You would have thought that, in our ultra-modern and globalised world, we would have come further than this. But, simply by the very fact that there is still a need for an annual World Contraception Day, it is evident that we have not.

So what is World Contraception Day and why does it matter to women in 2020?

What Is World Contraception Day?

According to the WHO (World Health Organisation), World Contraception Day is an annual event that takes place on 26th September.

“The day’s mission is to improve awareness of all contraceptive methods available and enable young people to make informed choices on their sexual and reproductive health.” 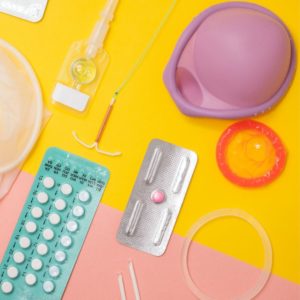 Now in its ninth year, the internationally celebrated day is supported by a coalition of 15 Non-Governmental Organisations (NGOs), governmental organisations, and scientific and medical societies with an interest in sexual and reproductive health, such as Marie Stopes International and the WHO’s Every Woman Every Child. You can find the full list of all the NGOs that support World Contraception Day here.

There are also many free resources available for teachers, medics and other agencies working with women and girls, to ensure everyone involved is empowered and enabled to provide girls with the information and contraception they need.

How Has Contraception Changed The Lives Of Women? 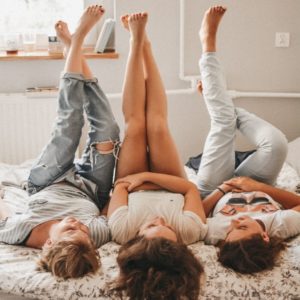 It’s a common misconception that contraception is a modern ethical dilemma. In fact, there is archaeological evidence available that proves the ancient Egyptians used contraceptive methods, and they were likely not the first. It is highly probable that humans have been making use of certain natural forms of contraception since the dawn of time.

It is no coincidence that the push for better and more effective methods of contraception coincided with the rise of the women’s suffrage movement and the beginnings of feminist theory.

Women knew that marriage and the cycle of childbirth – where they were expected to give birth to, quite often, tens of children – left no time for anything else. Women were perpetually pregnant, giving birth, breastfeeding and then looking after multiple young children – and that was the ones who were lucky enough not to die in childbirth.

The rigours of giving birth and raising children over and over again was putting an unimaginable toll on women’s bodies, minds and emotions. And it left little time for anything else, such as getting an education or finding a worthwhile cause outside of the home.

By the middle of the 19th century, women had had enough. And the drive to find ways to limit the number of children they would have had begun.

For the first time, most women in the western world were able to access free and easily available contraception, albeit some still had to get the permission of their husbands first. Women were finally able to decide how many babies they wanted and when. They were able to finish their education. They were able to not only get jobs, but to rise in the workplace and achieve leadership roles.

After several thousand years of being at the mercy of nature and their husbands, women were finally able to control their own destiny and decide how their lives would plan out. And they haven’t looked back.

Why Is Contraception Still A Feminist Issue? 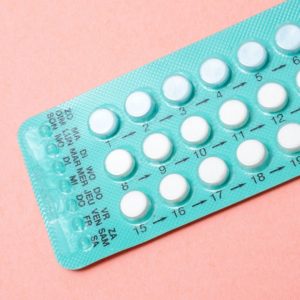 Of course, one of the massive downsides of all this positivity around contraception, is that it is not equally available to every woman.

Whilst having complete control over their bodies and their reproductive cycles is something most women in the west now take utterly for granted, it is a privilege many women and girls in huge parts of the developing world still haven’t achieved.

Of the estimated 38 million sexually active adolescent girls living in developing countries, up to 60% of them don’t have access to, or aren’t using, contraception. There are multiple and complex reasons for their lack of access to contraception; some are denied contraception for religious reasons, some for cultural reasons, some – especially those living in areas of conflict – because it is simply not available.

However, for all these girls it is undeniable that they are more likely to contract sexually transmitted diseases or die from pregnancy and childbirth related complications.

According to a recent report by the World Health Organisation, one in 26 women of reproductive age living in Africa today will die from a maternal cause. In Europe, the figure is only one in 94,00 women.

With little to no access to adequate medical support and thanks to poor socioeconomic conditions, women in developing countries are at serious risk of ill health and even death from pregnancy, and that’s before we even start to consider the wider implications, such as a lack of education or the ability to earn a living.

In short, whilst contraception has changed the game for women in developed countries – allowing them to strive for equality and achieve a lifestyle of their own choosing – women in developing countries are left behind. Sometimes several hundred years behind their more privileged counterparts.

Which is precisely why World Contraception Day is still very much needed in 2020.

It behoves us all to support the aims of this day and work to ensure our sisters, wherever they live, are permitted the same freedoms and rights to contraception as we take for granted every day.

Want To Find Out More About Achieving Equality For Women?

If you’d like to find out more about how you can help women and girls from around the world achieve equality, then why not consider becoming a Soroptimist or supporting us in the work we do?

Through our network of local clubs, we’re an international women’s organisation with a global reach. With thousands of members worldwide working to ensure women and girls get an equal shot at life, the Soroptimists are able to achieve real change thanks to our broad range of causes and effective programme action.

You can find out more by joining us on social media via our Facebook or Twitter profiles, or use the contact form to get in touch and ask us a question.