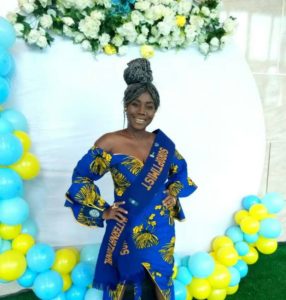 Youth Activists reiterated the importance of Best Practices to promote Gender Equality including capacity strengthening, resources, co-ownership and co-design of spaces as well as a meaningful participation by adolescents and girls.

One of the objectives of this virtual CSW65 multigenerational dialogue was: To hear why it’s important to promote girls’ leadership in Generation Equality and how they have been engaged so far.

In March 2020, the UN Women made a commitment that each Action Coalition actions for the next five years, should reflect what adolescent girls want and also respond to their needs.

She said: “It is important for girls to be involved in the process, design and implementation of these actions.”

She said that girls, directly involved in the dynamics of Generation Equality are best suited to influence the process.

Dibbon added: “When girls are engaged in the design and implementation of the process the process changes.”

On the progress that has been made so far in developing the Action Coalition blueprint and the expectations from the Mexico and Paris forums, Dibbon said that the blueprint contains recommendations that could change lives.

Another objective of the dialogue:  To create an avenue for a conversation between girls and leaders of the Action Coalition on Feminist Movements and Leadership on their vision for girls’ leadership going forward.

Action Coalition 6 is all about women, leadership and decision making.

The aim is to share the recommendations with the leadership of the Action Coalition 6, hold them accountable and demonstrate how critical it is for adolescent girls to not only be involved through the planning process but throughout the implementation of the blueprint, according to Dibbon.

She said that the blueprints will be shaped and improved at the Mexico and Paris Forums by individuals from all over the world to make the blueprints truly global.

Speaking on her experience regarding Generation Equality from Zimbabwe, Thubelihle, 19, was of the opinion that giving girls the space to speak up gives them the opportunity to talk about the actual problems they face. According to her one of the ways to improve the experience is to be inclusive. She said: “We need to look at what it is that affects each girl from each background.”

She added that to ensure girls are equal partners in the process, it’s crucial for the government, civil society and the Generation Equality taskforce to mobilize, educate and engage girls locally and nationally to raise awareness about this project. 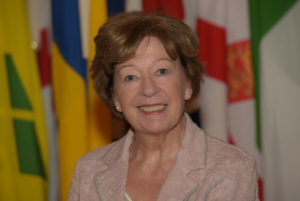 I was so excited at the prospect of experiencing CSW, albeit virtually, having heard so much from people who have attended in New York and I have not been disappointed.

I must admit to being somewhat overwhelmed by the vast range of sessions available to view. Then I saw the heading ‘A WORLD WE WOMEN WANT: GENDER-JUST & VIOLENCE FREE’. The timing of this session is so very pertinent, given the enormous reaction to recent events in the UK, raising awareness and demanding action on the issue of gender-based violence.

Opening the general session, UNICEF Executive Director Henrietta Fore spoke of how gender-based violence (GBV) reaches every corner of the globe and in a situation of crisis, GBV soars.

Organisations led by Women must stand together to enhance innovation across the world, to eradicate Gender-Based Violence.

The restrictions created by the Covid pandemic have put at risk an entire generation of progress on gender violence. Women and girls have been greatly disadvantaged in their education, income, health and security.

Protection services are woefully underfunded, it is vital that they are recognised as essential, not just during the pandemic but long after.

Covid has resulted in a huge spike in poverty; 47 million women world- wide will fall back into poverty. Women have limited access to health services. Once taken out of school, a girl child is much less likely to resume her education.

What to do about it?

Permanent Representative of Ireland to the UN, Geraldine Byrne shared her thoughts:

The UN and the EU have embarked on a new, global initiative focused on eliminating all forms of violence against women and girls (VAWG) – The Spotlight Initiative – so called because it places VAWG at the centre of efforts to achieve gender equality and women’s empowerment, in line with 2030 Agenda for Sustainable Development.

This bold and potentially transformative initiative must be matched by equally ambitious political action, resources and knowledge.