Session covered: Nothing is Agreed, Until Everything is Agreed: Civil Society Briefing; Combatting trafficking/slavery throughout life’s course using education, awareness and action 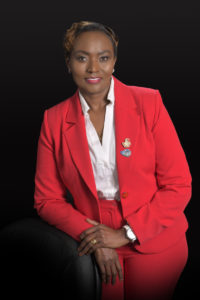 UN CSW65, the biggest gathering of gender equality advocates in the world. This year’s CSW has witnessed a record attendance of over 25,000 delegates. The annual session focus is mainly to discuss progress, identify challenges, set policies and global standards in achieving gender equality. My interest today was drawn to the UN CSW Civil Society Briefing with Armenia’s UN Ambassador Mher Margaryan, UN Women Lopa Banerjee and NGO CSW New York Chair Houry Geudelekian. The session provided participants with insights of negotiation processes on the agreed conclusions. Ambassador Margaryan responded “nothing is agreed, until everything is agreed”.

Achieving an equal future for girls in a COVID-19 world:

Other participants raised the following summary points that are key to be included in the agreed conclusions. Top on the list were issues such as; child marriage/teenage pregnancy, voices of young girls, the need for greater financing for gender equality, gender-based violence, widows, importance of women leadership and that women are still not at the decision-making table. The question on what countries have done to ratify the implementation of ILO C190 (eliminating violence and harassment in the field of work) was also voiced. There are distinct issues between women and girls and girls want to be treated as equal. #genderequality

Friendly states like Canada were mentioned as strong allies who are assisting to amplify civil societies’ voices into the negotiations. Civil Society needs to pressure Member States within their Countries Government to implement the agreed conclusions and this includes allocating appropriate funding. Access to digital technology especially for women in rural and remote areas. Investment in education is essential (Soroptimist Members are well positioned to do this by supporting local SI Clubs and helping to facilitate education/training). 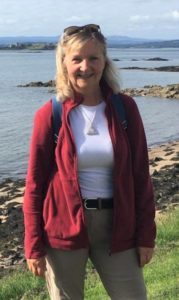 Helping young girl victims of trafficking by purchasing clothes, food and personal items for them; Educating female high school students about types of violence against women; Improving identifying and caring for victims, educating young women to recognise signs of modern slavery to focus on prevention and protection.

We learned of the 3M Framework – Methods + Mindset + Motivation and 3 case studies illustrating how refugees can adapt and learn new skills to find work and integrate into their community.

The UK highlighted SI Cardiff & District’s Brave Bear Trust project which engages, educates and equips children to keep themselves safe from exploitation. Over 40 million people in the world are being exploited living in slavery. They are striving to have every child around the world know about Brave the bear.

SI Liverpool’s Stop the Traffik project has been running for almost 12 years. They believe in being creative and believe in prevention. Their Freedom Bus with modern slavery helpline telephone number on it tours the city’s famous landmarks and the suburbs, and stops outside carwashes and massage parlours. Their We See You Campaign in collaboration with the Diocese of Liverpool teaches what is human trafficking and how to spot the signs. For 4 years they have done their A21 Walk for Freedom, part of a global event, walking in single file in silence holding up facts about trafficking.

Let Friendship Flourish! The Jasmine and Thistle project from SI Kirkintilloch & District showed how Syrian refugees and Scottish families came together. “The world is connected; because of this interconnectivity we all have a responsibility to listen, hear and act.”

The horror stories came from India from human rights activist Sunitha Krishnan. She opened her presentation with a slide showing various pieces of thin sharp metal then told the story of a child who had been trafficked, became a mother at the age of 9, was rescued at age 11, raped by 6/700 men in the intervening 2 years, who hurt herself with these pieces of metal which were removed from her in 11 surgeries. In a culture where girl babies are killed there is a huge trade in adoption trafficking, even as young as one day, bought for £10, sold for £15,000. Four year old children are working in bangle factories on their knees for 14/16 hours a day, or being forced to crawl into a rat mine hole less than one metre to bring out coal. Working with enforcement agencies Sunitha has rescued over 24,500 victims in the last 25 years but says the larger challenge is how to restore dignity to the trafficked person.