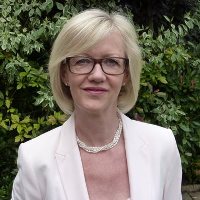 Well, what a week it has been, full on doesn’t cover it. I haven’t been to CSW before but it was on my list to do. Quite honestly, I think experiencing it virtually has been really good. I am sure it has not been the same as actually being there, missing the social contact and sharing the fun and friendship, but this has been a brilliant way to attend so many powerful sessions, there is UN TV, Parallel sessions and Side events.

Empowering Women in STEM is essential for achieving the UNSDGs

Marlene Kanga was an excellent speaker. She said that engineers can address the ‘wicked’ problems facing the world today; e.g. parts of Africa, Asia and South America are lacking access to fresh water and electricity. Engineers can help solve these issues; Engineers are transformational. Engineers can help us achieve the Sustainable Development Goals. In the western world engineering is seen as a male dominated career, in Kuwait 50% of the engineers are women. Engineering is a career with purpose, it is advancing the SDGs.

During her Presidency, Ms Kanga worked with UNESCO to set up World Engineering day which was launched on 4 March 2017. She believes that women engineers can create the world we want.

A recurring message from speakers in this session was that diversity is essential. Diversity avoids ‘group think’, we need to ensure that there are a range of perspectives to solve the wicked problems.

This session opened with a poem by Maryam Haniff, ‘Dear Woman’. It was the most inspiring an uplifting I have heard.

We were encouraged to think about ourselves as leaders, we should know our own strengths and exploit them. What is your brand or that of your organisation, what is your niche? Know what your difference is and do it well. Femininity has been seen as a weakness, but no woman should feel the need to become like a man to succeed.

Rev Sam Oye, an advocate for women’s leadership, was adamant that in 21st Century gender diversity is critical. Leadership is about exercising influence within a group to move something forward to a more desirable position. Leadership can’t be complete without gender diversity, command and control is no longer the way forward. People will give their best to someone who inspires them rather than someone they fear.

I ended the session with the feeling that we are on our way to a world where women will be at the leadership table.

Utilising Fashion to Advocate for Women participation and Decision Making

Fashion is not just frilly and frivolous. Fashion shapes lives.

Professor Blackman said that it is estimated that 98% of the workers in the textile fashion industry do not get a living wage. We need to work together to improve this.

One of the best ways to help girls and young women, especially in developing countries is to provide education, education is an opportunity to grow. Providing opportunities for young women to learn another language is invaluable, though language they learn about fashion and other cultural norms, broadening their experience.

How can we support women designers and entrepreneurs in developing countries? Could NGOs showcase handmade items from small businesses, do you work in an area which could help with this? Women leaders in addition to being role models as leaders, can influence by wearing heritage and cultural clothes.

Women – write your story, share it and it will have impact. 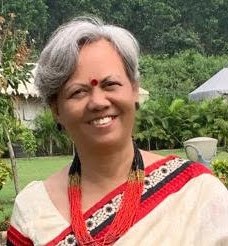 “Our Children Must Not Inherit Silence”

Nasrin embraces her children and tells them that the reason she has taken up this fight is because she cannot imagine her daughter and her son growing up in a world without justice. She tells them that yes, they need food, a home, a family and love and but they also need justice and freedom.

Nasrin Sotoudeh chose this dangerous and difficult fight against injustice against the voiceless, against women and children. Because she believes, a lawyer can defend, advocate, educate, empower and inspire people to make a change, to make a truly significant difference to the lives of those whose human rights are under attack, to people trampled by power and crushed by injustice. A lawyer can help change the world.

Nasrin Sotoudeh – Iranian Human Rights Activist, Attorney, considered the Nelson Mandela of Iran, was sentenced to 38 years imprisonment, and 148 lashes for being the voice of voiceless women and children often sentenced to death, the LGBTQ, members of the Bahai faith, journalists and artists.

NGOs/CSW in a parallel event brought the life of strong, brave and self-sacrificing lawyer Iranian attorney, Nasrin Sotoudeh, through a film and a discussion thereafter. As Azadeh Khalili of NGO CSW65 and Marcia Ross, Producer of Nasrin converse, they talk about Iran’s highly educated and strong women who have been fighting for women’s rights since the 1890s. Azadeh who is Nasrin’s contemporary says emotionally that they have been fighting on the shoulders of their mothers and grandmothers. In Iran, activism and feminism exist in families. Iran, a beautiful country with a rich cultural heritage is sorely missed by Iranians who have been forced to flee the land of their ancestors because of sheer oppression and injustice.

Though, only the trailer of the film was presented during the discussion, the producer reveals the lengths they went to, to secretly film in Iran. Nasrin was very clear that the film Nasrin should not be about her. It should be about the movement, about all the people who have protested and courted arrest, about all those who have directly or indirectly supported the movement in every manner. Nobel Laureate Shirin Ebadi and other Human Rights Defenders for all who believe in the institution of Human Rights are part of the film.

Does she deserve to be imprisoned for being brave enough to take on cases that other lawyers have refused?

Does she deserve to be imprisoned for taking on cases of oppressed women who were fighting against the imposition of the hijab for all women in Iran?

Nasrin received the 2020 Eleanor Roosevelt Prize for Global Human Rights Advancement. In her acceptance speech she expresses gratitude for the ‘sisterly and professional solidarity’ shown by the legal fraternity in the U.S. for the Iranian cause.

A cause that all Soroptimists also believe in and salute the hardy spirit of an impassioned Human Rights Defender.