Sessions covered: Women and Youth, Peace and Security; Feminist voices at the Policy Table; How Gender is my Valley 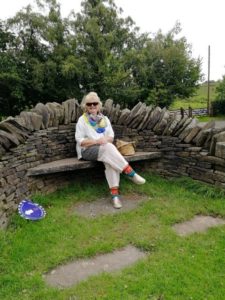 Monday 22 March brings the opportunity to reflect upon all we have heard, and read in Draft agreed conclusions for ‘Women’s full and effective participation and decision-making in public life, as well as the elimination of violence, for achieving gender equality and the empowerment of women and girls.’

Secretary-General Antonio Guterres acknowledges UN as ‘multilateralism without teeth’ and the challenge for us all is to help develop that authority, generate data, and encourage audit against the international standards set to further peaceful, sustainable and healthy communities worldwide, with girls and women playing their fulfilling part. The film ‘Glimpses into the Spirit of Gender Equality’ was a moving reminder of our direction of travel, but resource inequalities persist even in higher income countries. As we have advocated to improve the Domestic Abuse Bill this week,  CSW65 is realised as a ‘now or never’ moment for agreement and action. I tweeted Woman’s Hour R4 today replaying an interview with Nawal El Saadawi from 2015 to mourn her loss to the world yesterday – she might have chosen her time. Her 1975 book ‘Woman at Point Zero’ should be read again now.

I linked into a NGO CSW Conversation Circle on ‘Women and Youth, Peace and Security’. A lively session attended by 88 of us, chaired by Sylvia Nutsukpui from Ghana, and co-facilitated by Amani Aruri from Palestine taking us through the activism of the last, and the next, 20 years, and Lena Abou Habib from Beirut, sharing wise perspective. This was followed by an open discussion with use of interactive Jamboard, and then brought to a close by Amani describing the unique momentum platform of the Global Network of Women Peacebuilders (GNWP) for accelerating implementation of the Women, Peace and Security (WPS) agenda and Humanitarian Action (HA) framework.

Amani Aruri showed two videos: the first on women and armed conflict emphasised that of 130 peace agreements, only 13 had involved women, despite the evidence that women’s involvement can increase the duration of peace by 15 years, peace being directly related to gender equality and development, Resolution 1325 recognising the rights and needs of women and girls; the second explained how young people suffer conflict in particular ways, and with a 1.8 billion population now we must ensure their participation to prevent their marginalisation in sorting out armed conflict. UNSC Resolution 2250 for Youth Peace and Security was passed in 2015, and guidelines to develop policies and programmes directed towards protection, prevention, Partnership working, disarmament and integration https://www.unoy.org. Lena Abou Habib then posed key questions to stimulate discussion: (1) who is entrusted with the agenda? (too often patriarchy) (2) who is at the table? How can we turn this around? (3) what can be done to challenge more forcefully the trivialisation of gender based violence?  Sylvia Nutsukpui as Chair welcomed open discussion and Katrina Leclerc showed us a free Women’s Human Rights Teaching, Learning, and Advocacy Resource website whrtlar.wordpress.com/ A Jamboard (Jamboard.google.com) became covered in comments to increase inter generational thinking. Soroptimists input to board and chat!  The consideration to advocate with like minded organisations is relevant for Soroptimists working on their partnerships – schools, universities, guides, workplaces. Amani’s rounding up with the WPS-HA Compact advertised the forthcoming Mexico Forum 29-31 March 2021 to help drive the meaningful participation and leadership of women and youth. 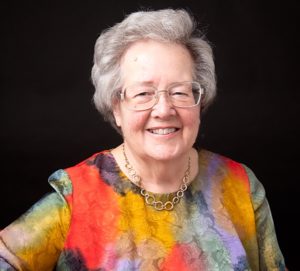 What an incredible fortnight! I was really looking forward, during my year, to going to CSW in New York for two weeks – despite my globetrotting New York is one of the places I have not visited.  But the Pandemic has put pay to all my expectations, though there have been real advantages to being a Virtual President. I gather from seasoned attendees that letting your fingers do the walking is much easier than rushing around New York from venue to venue. I would like to share some of my impressions and some of the quotes that have either inspired me or shocked me.

“Feminist voices at the Policy Table” – One of the speakers was Sharon Ikeazor, Hon Minister for the Environment in Nigeria. She talked about the first Woman President in Nigeria and how she had increased women in her team to 40% but was aiming for 50%. Plus, in the next four years she intends to increase gender equality in all actions by 85%. Gender issues must always be at the forefront not an afterthought. This was vitally important for the Minister in matters of climate change.

“How Gender is my Valley” – An excellent debate from Welsh Assembly for Women. Wales was the first country in the world to pass a law stating that there should be 50/50 representation, so far it is only 28% and at the present rate of progress it will take them 85 years to achieve!

Diana Duarte, The Philippines – “Instructions from the chief of the Riot Police ‘Shot them in the vagina then they will be useless’.”

Nadine Gasman, Mexico – “Conflicts will not be resolved until we have equal representation on all platforms.”

Ida Bakhturidge, Georgia – “In a poll, we are 51 out of 56 countries with women in places of authority – 1 in 64 mayors, 2% in local government and none at Government level, so all the laws are made by men.”

Lorretta Lus Mulenkei, Liberia – “We are training women from the indigenous population to become leaders in their own communities, in keeping with the 2030 agenda. However, one of the biggest problems we have is the complexity of legal and financial documents that are hindering progress. An issue, I gather, that also effects many other parts of the world.”

Daniela Chivu, Canada – “We have over 10,000 delegates at CSW but just image what impact we could make if all women had access to technology”

Sandra Brandt, Danmark – “If we achieve gender equality, we would have world peace.”

I must compliment both SI and SIGBI on their excellent presentations, I am not biased, but I thought they were among the best sessions I attended – wide ranging and very thought provoking.

Antonio Gutterres, UN Secretary General – “Today women’s leadership is a cause. Tomorrow it must be a norm. This is how we will transform international peace and security.”