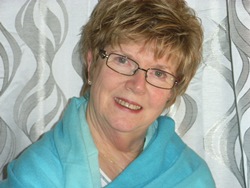 I ask myself – Why is this dreadful, inhumane practice continuing in a so-called civilized world?

Soroptimists have advocated on this issue for many years, and are continuing the fight for the elimination of FGM. This is an issue that epitomizes violence against women and girls, often young, frightened children, confused that those they trust are imposing such pain upon them.

This event addressed violence against girls focusing on Female Genital Mutilation in North America, Europe and beyond which hinders women from achieving gender equality and empowerment. Aspects of this issue were addressed by experts and survivors who work to achieve the SDGs and end all forms of violence against women. Furthermore, it addressed the lifetime trauma FGM has on victims’ wellbeing.

When we took a motion to the SIGBI Conference more than 15 years ago, our research revealed that suites were being booked in London Hotels where daughters of affluent overseas customers were undergoing genital mutilation on the pretext of ‘holidays’. This practice was known but witnesses would not testify in court and, as you will know, very few prosecutions have been successful in the UK.
In a field with a rusty piece of tin or in a pristine hotel room, the situations may be less or more sanitary but; the suffering and long-term impact for the victim is none the less traumatic wherever FGM is carried out.

In Egypt FGM has been against the law for nearly 20 years and yet research will tell you that it continues today in some communities; the law is only effective if it can be policed effectively.

Never give up the pressure to eradicate this dreadful practice, it has no status is religious beliefs; the ritual has been handed down through families, as has the role of ‘cutter’. Some communities have been successful in harnessing the skills of the cutters into other professions/work and saved young girls from the trauma of the ‘cut’.

Speakers addressed the effect of COVID 19 on the experiences of girls and women in relation to FGM, and voiced a call to action to amplify and strengthen the response to end FGM and empower the victims by sharing success stories from survivors and organizations working to end this violent harmful practice. Unfortunately I did not see/hear all of this part of the presentation due to a computer malfunction, but I hope it gives you an impression of the event and the impact of FGM.

This session resonated with me because I presented the motion to conference all those years ago, seconded by my colleague Ann Garvie. There is hope as more victims share their stories and highlight the impact of FGM and more Governments take action to protect the human rights of potential victims. Please continue to advocate for the elimination of Female Genital Mutilation.

NOTE: I regret that I experienced a computer malfunction during this event, therefore this blog is partly from event content and partly from past research. 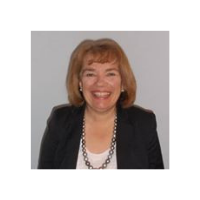 It is a great privilege to attend CSW65 for the first time. A truly international event on a platform ‘Pathable.com’ of an audience of 25,000. Interestingly, Zoom is used throughout. Parallel event topics have been so interesting and informative. The audiences are so diverse from countries all around the world. Many events have translators for the many different languages.

Discussion on women’s empowerment & full participation in the workplace & closing the gender gap, building a dynamic and inclusive society, fostering diversity. Challenges: under representation lack of females in the role of leadership and senior roles. There are more male professors than female resulting in excluding women in networking opportunities. Historically men’s rules and gender bias.

UK Parliament is a workplace & needs flexibility of workload allocation especially those who live a distance away and must travel. Maternity leave: only ministers and NOT MP’s. Day care centres should be near parliament. More inclusive language. Sexual harassment, sexism misogyny through a human rights lens, violation of human rights draft laws to include all:

Experts and survivor’s discussion addressing the lifetime trauma FGM has on victims’ wellbeing.

FGM is a global issue. FGM in the US currently 39 out of 50 states have laws that criminalise FGM.

28 Too Many, Dr Ann Marie Wilson

Sadly, under the pandemic FGM has soared preparing girls for child marriage.

What can we do? Raise awareness, advocate amplify the voices of survivors. 1 girl is cut every 6 seconds. Going forward men and women’s education is very important. 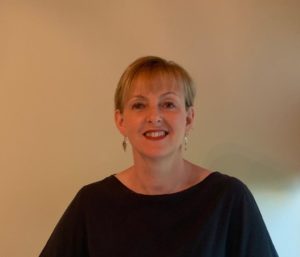 The theme of the 65th session of the Commission on the Status of Women is Women’s full and effective participation and decision making in public life, as well as the elimination of violence, for achieving gender equality and the empowerment of women and girls.

Due to COVID 19 this CSW was a hybrid format with mostly virtual meetings. 126 Soroptimists registered to attend. 25,000 people registered as NGOCSW Advocates giving access to the NGO parallel events and the NGO Exhibit Hall. People were able to view meetings on UN Web TV and YouTube. Having attended CSW59 in person in 2015, it was good to experience this different format.

On Sunday 14th, I joined NGOCSW Consultation Day from New York. Houry Geudelekian NGOCSW New York Chair welcomed all to a full schedule of events over 2 weeks. Her excitement was infectious. I registered to attend a mix of NGOCSW parallel events, UN Side events and also logged in to Round Table meetings.

Some of the main points I took from the sessions include:

Ambassador Melanne Verveer (USA) stressed that SDG 5 cannot be achieved without the full participation of women at all levels of politics. Women continue to face challenges including stereotyping and male dominated political structures.

Patricia Torsney Permanent Observer to the UN stated that women must be involved in governance, sustainability, climate action and peace. If we do not act, it will take another 50 years to achieve parity. Countries that have introduced quotas for women’s participation have seen increased involvement with an average of 27% female representation as compared to those without quotas who have an average of 15% representation.

Bonita Zarillo City Councillor Coquitlam, Canada spoke of the power gap and that the system wasn’t made for women because “We weren’t at that meeting” Bonita emphasised the need for women to help those coming behind them, to support each other and to vote for women.

President Sharon -If your actions inspire others to dream more, learn more, do more and become more, you are a leader.

Since the COVID 19 outbreak, all levels of Gender Based Violence (GBV) have intensified. At the same time resources were diverted from GBV initiatives to COVID relief. In response to the shadow pandemic of GBV, Secretary General Antonio Guterres made a global appeal in April 2020 to end violence against women and girls. 146 states answered this appeal and committed to include prevention of violence in their COVID 19 responses. The Group of Friends was formed, and the Spotlight Initiative was implemented identifying good practices, promoting strengthening of legislation and increasing funding supports to Women’s Organisations.

Attending CSW65 remotely gave me the freedom to attend more sessions. It took some time to navigate the different sessions available via NGOCSW and CSW65, however, the NGOCSW portal was user-friendly. I hope that CSW will continue to facilitate remote access moving forward so that even more women will be able to participate. 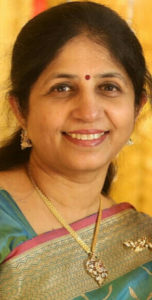 There is no greater pillar of stability than a strong, free and an educated woman

The desire to attend CSW finally fulfilled! What’s more !!Attending from the comfort of my home!! The first week itself became a golden opportunity by opening up the world of organisations like Soroptimist International and the relentless work they do for women. There was a lineup of 6 eminent speakers organised by the All India Shah Behram  Baug Society who covered all the different angles of the need and importance of higher education for women.

Davish Jain, Chancellor of prestige University in Indore, India, spoke on educating women for an enlightened world saying that an educated, liberal, independent and a professionally successful woman can shape generations. Only society that educates and empowers women can become an advanced society. Education is everyone’s  birth right  but sadly, due to the Patriarchal nature of society, most of the women are denied this basic right.  In his own words “Education is the master key to unlock the door to woman empowerment at the grass root level”.

There was valuable input from Firuza Abduloeva from Tajikistan and Julia Matiash from Russia who stated that the health of entire families improve when women in the family are empowered through education.

Dr. Veena Adige facilitates higher education in rural girls in India. Her organisation supports SDG-5 which insists on gender equality providing women and girls equal access to education and healthcare. She also talked on how the future seems promising in India as the literacy rate for women which was 18.3% in 1951 is now at 74.04% in 2010

A talk on political empowerment of women through higher education was beautifully put across by Dr.Seema Gala. She said that the higher the level of women’s education, the more their tendency to participate in politics. Woman’s participation in politics is essential especially in policy making. “Her” voices need to be heard in order for us to prosper in a gender sensitive manner. She said: ”Women are not a minority, they happen to be half the world’s population”. Thus diversity and representation by women is the key to their growth and must be an urgent priority

She reiterated that knowledge and education is the birth right of every child. Society is beginning to understand that it cannot function without the active contribution of women but yet, in the majority of the rural areas of India, women are still considered to be incapable of taking independent decisions.

Women’s education plays an imperative role in making a nation progressive and guide it towards development. This was very well expressed by all the speakers of this session on “Women’s empowerment through Higher Education”. Enough cannot be stressed on educating women in order to impact societies and communities in positive ways.