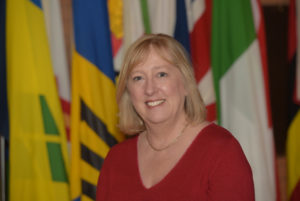 As others have said CSW65 has been a wonderful opportunity to find out what CSW is all about without leaving the comfort of my sofa… and my goodness, I’ve been overwhelmed! So many sessions to log into, so many groups putting their argument and as the saying goes, so little time!

Therefore, I have been dipping in and out of sessions to get the flavour of everything and to try to experience as much as possible.

Today, I started with SI Americas, Taiwan Region, Reviewing Social and Economic Support System for Vulnerable Women. This started with a wonderful video from the ladies in Taiwan, a video of the work they are doing to support the vulnerable in their community – a very impressive catalogue of projects with significant impacts.

Later, I jumped into Mobilizing for Change: Girls and Boys Act Now to End Gender Based Violence.  What an impressive session for a number of reasons. This was sponsored by World Vision and the speakers were World Vision Child Activists, all in their teens – hugely impressive young people. A young lady from Bangladesh, the daughter of a woman forced into child marriage, a young man from South America talking about violence at home, another from central Africa and a young lady from USA all spoke eloquently about the work they and their friends are doing to combat violence in their communities.

Again, a video started the session about a young girl in Afghanistan destined to marry early. A powerful video showing the combined effort of her community that put a stop to the marriage. The presentation ending the session was from Martine in DRC talking about the need for children to advocate for children and the work of their Child Parliament Group.

Her plea was for girls to be considered ‘human’.

My last session was Women and Girl’s Human Rights: United Nations Language and Terminology. A hugely difficult topic, this introduced the CSW, Geneva, taskforce set up to investigate the use of gender appropriate language and the difficulties of making that acceptable in all UN Nations and in all languages.

The presentation addressed the difference between ‘Sex’, ‘Gender’ and ‘Gender Identity’, the three terms adopted by various organisations including the World Health Organisation. The debate asked the question, how can we collate data about Women’s rights when the very word ‘Woman’ is somehow not acceptable? How can we talk about ‘Gender’ when, for example, the translation in French is ‘Genre’ and the French language requires that is either male or female, not neutral?

It was reported that in Brighton recently the council required more support from local shelters for gay and trans men as well as people identifying as women. The shelter for women obviously could not agree so has been forced to close and Women’s Aid are deeply concerned that refuges will be lost. Brighton Hospital is the first to adopt gender neutral language and even uses the term ‘chest feeding’ in their prenatal department rather than ‘breast feeding’.

The session finished with a presentation from Justina Mutale pointing out that none of the official UN languages are African and that so often translations from English to an African language can have entirely different meanings. She also commented that she would have no idea how to convey the message of ‘chest feeding’ in her community!

This Taskforce is one to watch.

I very much hope that CSW will be online in the future – what a fantastic opportunity to learn more about what’s happening (or not) in the world. 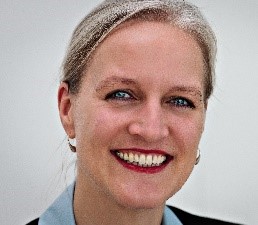 This session caught my eye because the online violence and harassment experienced by women in public life might actually deter other women to even participate in public life and debate, to go for political office or raise their voice publicly, which is exactly the goal of the perpetrators and so counterproductive to Soroptimist’s goal to have women’s voices heard.

Opening the session, UK representative Alicia Herbert said online threats and violence are often organized. She called on governments, civil society, academia, NGOs and tech providers to collaborate in the fight against all forms of online violence.

Julie Posetti, award-winning journalist, cited the case of extreme harassment and eventual murder of Daphne Caruana Galizia in Malta as an example while reporting on the prevalence of online abuse on women journalists, presenting results of UNESCO’s global survey on online violence against women journalists.

Seyi Akivwowo, CEO of GLITCH, an organization to end online abuse, reported of Glitch’s survey results showing an increase of online harassment of women and minorities during the COVID-19 pandemic and the insufficient reactions of the major tech platform providers where this online harassment takes place. Respondents of the survey also reported on the impact the online abuse had on their private life, mental health and professional performance.

Ledys Sanjuan of FRIDA – The Young Feminist Fund, asks how to prevent young women and girls from dropping out of the digital debate for the fear of being harassed online. More activism is needed towards tech giants to provide better mechanisms of reporting abuse and education on available forms of protection to help prevent online harassment.

Nighat Dad, Digital Right Foundation, added that cyber harassment is even more detrimental in countries where the honour of women reflect on the whole family and the family will exert their power to make women withdraw from public life. Tech giant privacy and security mechanisms only work in the most common languages, not those of the global South.

While Twitter aims for everybody’s safety when sharing their opinion, and sees the ability to mute perpetrators being used widely, Katy Minshall, Head of public policy of Twitter (UK), admitted that too little progress has been made in identifying and removing perpetrators. Twitter is working hard to identify unacceptable tweets and makes data transparent for researchers but more collaboration with education sector, governments, academia and NGOs is needed.

Top asks of panellists and my key takeaways are: