International Women in Engineering Day is celebrated annually on 23rd June. This year’s theme is Engineering Heroes (#IWED21), enabling us to celebrate the amazing achievements of women globally and demonstrate that WOMEN can indeed ENGINEER the WORLD. So, let’s have a brief look at the accomplishments of some of these women engineering heroes, both in normal times and during the current pandemic:

While acknowledging the success of these women and so many others, the fact remains that, according the World Economic Forum’s 2020 Gender Gap Report, globally only 15% of the professional engineering workforce are women.

So why are women so underrepresented? Certainly, girls at school generally do as well (if not better) as boys in subjects like mathematics and sciences (such as physics) and the same is true in respect of engineering degrees. All evidence that women can engineer the world. This rather contradicts the view of Lawrence Summers, the then President of Harvard University, who, in a 2005 speech, attributed the under-representation of women in engineering (and science) to “a different availability of aptitude at the high end”. Unsurprisingly perhaps, this statement led to a plethora of initiatives to encourage women into engineering (and science). 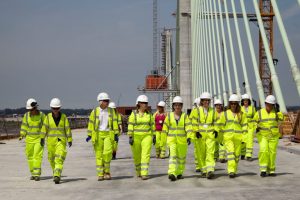 My headmistress advised me that “Civil engineering is no career for a young lady.” which only served to galvanise me into proving her wrong. I don’t think she was doubting my academic ability but had a stereotypical view where engineering is synonymous with masculinity; this social bias still exists today. Careers advice can be poor (and not just for girls, as I have recently been discussing engineering careers with a young man). Other factors include peer pressure on girls, lack of support from parents and teachers and a general misconception about what a career in engineering involves.

The term “engineer” is much broader than many people imagine. Engineers create new technologies and develop solutions. A UNESCO report has identified more than 50 fields of engineering and focused on its contributions to sustainable human, social and economic development. According to the Royal Academy of Engineering, engineers have a vital role to play in our efforts to achieve all 17 of the United Nations’ Sustainable Development Goals.

So, why do we need more women engineers? According to a recent survey, in conjunction with UNESCO, the biggest challenges facing the world right now are issues around cyberspace, climate change and pandemics, with a global shortage of engineering talent now and in the future being a major concern, and so engineers need to be drawn from a bigger pool than they are currently.

Women also generally bring a different perspective to a problem, look to work with a team rather than dictate and they are also often more innovative and imaginative. Diversity (in all its forms) enhances a team’s performance. If we can achieve a critical mass, this will encourage more women to be engineers.

The contribution of current (and indeed past) female engineers as role models is vitally important in inspiring future generations of girls whom we need to engineer the world. Growing up, I had a role model in my cousin – he is male but, without his influence, I would not have chosen to be an engineer – but how much better it is when our role models are female. 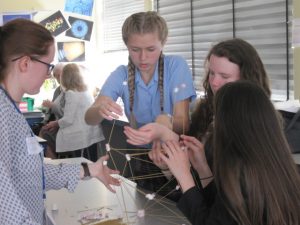 Soroptimist International believes that “Stronger encouragement to women and girls to reduce the digital gender divide should be undertaken and further STEM (Science, Technology, Engineering and Maths) education promoted.” Many Clubs are working on projects to make girls aware of the opportunities that STEM can offer, so they no longer automatically reject STEM but make informed decision about their choice of career.

In the late 19th century, the Chief Engineer in charge of the construction of the Brooklyn Bridge was confined to bed. His wife, EMILY ROEBLING, already had an extensive knowledge of structural analysis and she then spent the next ten years supervising the completion of the bridge, thus demonstrating nearly 140 years ago that Women can Engineer the World. Since then many women have provided more evidence that this is so, but we need more women to join us so that we can confidently say that Women DO Engineer the World.