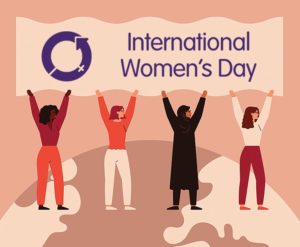 What is International Women’s Day?

International Women’s Day is celebrated all around the world on March 8th. The United Nations first celebrated International Women’s Day in 1975, but its roots were developing from the turn of the century. It is now supported globally by governments and non-governmental organisations, for profit and non-profit organisations, professional and community groups, women’s networks and the media. It is an opportunity to celebrate how far women have reached in terms of equality, and to initiate action to gain gender parity.

What is the 2021 Theme of International Women’s Day?

The global UN Women theme for International Women’s Day (IWD) 2021 is “Women in Leadership: Achieving an equal future in a COVID-19 world”. It is linked to the Generation Equality campaign which calls for equality in all aspects of life. The IWD 2021 campaign theme is #ChooseToChallenge with its upheld hand at shoulder level which challenges gender inequity. 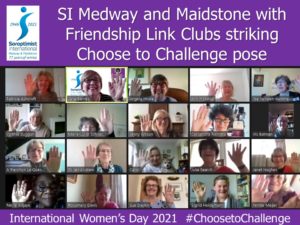 Women in Leadership ~ Where Have We Reached?

The majority of the countries which have been most successful at controlling the Covid-19 pandemic are headed by women. Yet according to UN Women, only 22 countries have elected heads of state of government, while 119 have never had a female leader. Equality is also lacking in the boardrooms of major corporations. At this rate, gender equality will not be seen within the lifetime of many of us. We have come a long way, but we still have a long way to go!

What are the Effects of Covid-19 on Women’s Equality?

Loss of income has caused stresses, and women in particular have been most affected as they frequently are employed in personal care and food service occupations which have been hardest hit. On the other hand, women who are lucky enough to be able to work from home still have to juggle their jobs, child care and online school supervision simultaneously. Many men have been unable to cope, and United Nations secretary-general António Guterres has spoken of a “horrifying surge in domestic violence” since the start of the pandemic. As a result, too many women and girls have been in lockdown in their homes with their abusers with no respite. 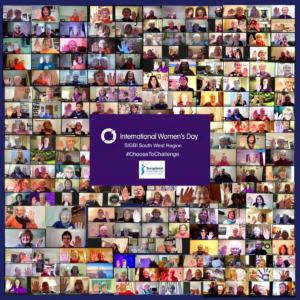 What are Soroptimists Doing to Mark International Women’s Day?

Countries have been in lockdown to varying degrees, and so clubs have had to be creative about finding new ways to mark International Women’s Day. In Trinidad, interviews with prominent women and a poetry reading will be broadcast on national television. SI Esperance will be on radio as well and will add videos to their social media and YouTube Channel. Up the Caribbean Islands, Grenada will be holding a panel discussion online, and a talk in the Home for Battered Women. SI Kingston, Jamaica will be presenting an award for leadership to an outstanding woman and SI Providenciales will be hosting an online prayer vigil for the rest of the Turks and Caicos Islands.

Online meetings discussing various aspects of women’s issues seem to be the most popular activity in the UK. SI Preston, East London, Crieff, Kiddermister, Fylde, SI Harrogate & District as well as Medway & Maidstone will be having such meetings. Online quizzes will be enjoyed by SI Tiverton, Ballinasloe and Colchester. On Facebook, SI Bilston & District will be celebrating outstanding women and SI Bristol will be displaying their video. SI Stourbridge will enjoy a silent auction and SI Harrogate & District will unveil a Civic Society Heritage plaque of their first president. This is just a little snapshot of some of the many Soroptimist activities marking International Women’s Day.

Where Do We Go from Here?

Many people get excited by the hype of International Women’s Day and for a limited time there are events (now Covid-19 permitting) and chatter about the need for equality between the genders. Unfortunately, often the excitement wears off until the following year with its new theme and hash tagged photograph and pose.

The Soroptimist International mission is to educate, empower and enable women and girls in all aspects of their lives. For the last 100 years it has advocated for gender equality. There are clubs in 121 countries of the world with 72,000 members working towards improving all aspects of life. ‘We stand up for women.’ There is much work to be done. It is relentless. Can you as a Soroptimist do more? Would you consider being a Soroptimist? Every woman, whatever her talent, can help to ease the burden of another.

Kamala Harris, first female Vice President of the USA has been quoted as saying,

“What I want young women and girls to know is: You are powerful and your voice matters. You’re going to walk into many rooms in your life and career where you may be the only one who looks like you or who has had the experiences you’ve had. But you remember that when you are in those rooms, you are not alone. We are all in that room with you applauding you on. Cheering your voice. And just so proud of you. So you use that voice and be strong.”

Indeed, let us all #ChooseToChallenge what is, in order to achieve what can and should be.