Whatever happened to UN Resolution 1325? 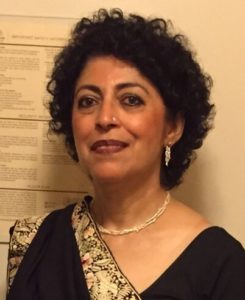 “When women are most affected by the conflict – let them impact the peace process”-Palwasha Hassan said so emphatically. How simple it sounds – but how difficult it has been. After 40 years of relentless ongoing conflict, Afghanistan, once a beautiful country with the warmth of hospitality and the richness of music and dry fruits, stands broken and bled in every possible way.

Palwasha is the Executive Director of Afghan Women’s Educational Centre and was one of the key speakers at the CSW65 event. ‘Local Women and Youth Peace builders demand to participate in the Afghan peace process.’ The event was hosted by Global Network of Women Peace Builders, UN Women, and the Ambassadors of the Permanent Missions at the UN of Afghanistan, Norway, Indonesia and the UK.

All the speakers resonated the same thought, the need for women and local youth to participate in talks with the opposition. Today 65% of the Afghan population is under 25years of age, but are denied a voice at the peace talks.

The tenacity and hardiness of the Afghan people especially the women, was reflected amply in the plea of Khadija Azizi a young student activist who said their day began with the sound of bomb explosions, and journalists, security personal killed in the course of the day, but the people continue to go to their school and colleges and women to work. The women bring their experiences and the youth, bring diversity and their resolve if given a chance to be at the table.

Paivi Kannisto, head of Women Peace and Security Humanitarian Action Section of UN Women, added that UN Women had strongly condemned the recent killings of journalists, urged that political settlement for the conflict cannot undermine the rights of women and that without the intervention of the local youth and women no peace would be sustainable.

It is strange that when ever the US or other super powers dive in to hold peace talks, they speak to the warring factions such as the Taliban and members of the government. Whatever happened to UN Security Council Resolution 1325? Women or the youth are excluded from local ownership figures in the government partnership. The current US and Taliban agreement has further limited the women’s roles as co-actors, and they are hugely under-represented. The Afghan activists aver that they are disregarded as a necessary component of the formal or informal peace building efforts.

Mavic Cabrera Balleza, Founder and CEO of Global Network of Woman Peace Builders ended on a more positive note by saying if women and youth are not invited to the table then it is time to reshape the table, because peace isn’t just a process it’s a global culture. As Soroptimists we believe that women and girls must take forward the message of peace and help in reshaping the table you might not be asked to join. 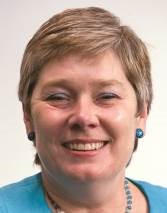 I was fortunate to attend CSW in New York ten years ago, when I was Federation President. It was a fantastic experience and I cherish the memories. What a privilege to be able to attend again this year, for free from the comfort of home, without the travel and accommodation costs but more importantly without the rushing about New York streets in the ice and snow, trying to pack as much into the week as possible. Missing of course is the chance to catch up with Soroptimist friends around the world – but the sessions I was able to attend today didn’t disappoint.

Opening Ceremony and first Plenary Session in the UN

The ‘great and the good’ of the UN spoke at the opening of the Commission session. Much was made by all the speakers on the importance of increasing the number of women at decision making levels of society. I was struck in particular by Secretary General António Guterres’ words: ‘Together you are an unstoppable force’.

The President of ECOSOC Munir Akran spoke of the need for a new global compact for women’s empowerment to ensure women’s access to decision making is mainstreamed.  He said that by the end of this 65th CSW we should aim to have made decisions to ensure that ‘half the population is never again left behind.’

Vorkan Bozkir, President of the UN General Assembly presented himself as a ‘gender champion’ with a pin on his lapel to promote it. He said: ‘No woman should feel the need to justify her presence’……’No woman should be under threat, underpaid or underestimated’.……‘Together we can be ‘Generation Equality’.

Phumzile Mlambo-Ngcuka, UN Under-Secretary-General and Executive Director of UN Women described the pandemic as ‘the most discriminatory crisis we’ve ever experienced.’ She presented the stark statistic that this year 47 million women will be pushed into poverty (living on less than a dollar a day). She pointed out that women are under-represented in the public, private and news media sectors and as law makers. She noted: ‘it is not acceptable that male dominated institutions make decisions that affect women’s lives’.  She quoted examples of strong support for putting women into decision-making positions from numerous leaders and heads of state from UN member states.  Phumzile’s challenge to the Commission was that if change cannot be brought about this year, what is the point of CSW? She ended by saying: ‘Let this be a defining CSW session of our time and in a time of crisis’.

Gladys Acosta Vargas Chair of CEDAW reflected on the ‘feminisation of poverty’ and gave examples of how the pandemic has exacerbated an already poor situation in the lives of women in many parts of the world.

Dubravka Šimonovic, the UN’s Special Rapporteur on Violence Against Women spoke of the ‘double pandemic’ of violence against women alongside COVID19. She went on to talk about the many shortcomings in several UN members states on rape; law enforcement surrounding it and especially prosecution and sentencing. She said that a model law on rape is being developed which she hoped will help to bring states into line.

NGO parallel session: Worldwide Women’s Helplines Project: A number to call wherever you are

Launch of Lila.help Session by Global Network of Women’s Shelters

This is an online directory of help lines, support services and women’s refuges worldwide. It is being established by the Global Network of Women’s Shelters with funding from UN Women, Orange the World and some crowd funding. It has been supported hugely by Facebook, whose staff who have been giving technical expertise pro bono. The site is available now for NGOs and organisations to register and list their services, opening hours, phone numbers and e mail addresses and it will go live once it is populated. A woman in need of help will be able to use the service to find her nearest help point wherever she is in the world and whatever language she speaks, at a time of crisis.

Our call to action as Soroptimists is to make sure all our local refuges and domestic abuse support networks know about the site and register. All those who register will be checked and verified before their listing goes live.  They are also seeking people and NGOs to assist with the verification process, another area we may be able to offer help. Please note it is not yet linked to Google so you need to put the address (lila.help) into your browser – Safari or Ecosia will find it. 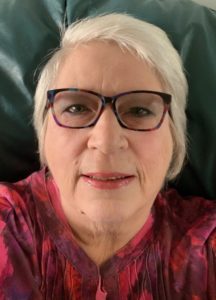 I attended CSW once before, in 2017. It was a very different experience. Then there was meeting and chatting with others.

This year I am in my own home, but in isolation and with a time difference that means that the first possible session is at 1.00pm, and evening events might not finish until 1.00am. On-line sessions work, but it is very different to face to face meetings.

I chose to attend 3 meetings today:

Gender Equality in Science, Technology: Towards an Inclusive STI Ecosystem

One of the main takeaways from this session was the need to have relevant data. It was pointed out that much of the data about women and girls in STEM subjects is aggregated with data about boys and men, and that this can give a false idea of inclusion etc. we need to know what the situation actually is, how it changes, most importantly WHY it changes and use that knowledge to increase progress.

“We can only use what we can measure.”

COVID-19 and violence against women and girls: what has the international community done to address the shadow pandemic?

“Group of Friends” was set up in answer to call a year ago from the UN Secretary General for a group to progress action against gender based violence. It currently has 92 member states, the USA having joined today.

Gender based violence is the “shadow pandemic”, Covid having trapped many “in the shadows” at home where they should be most safe, but are not.

It is important to keep up political momentum but to translate commitment to action.

On the panel was the President of Estonia. Their Prime Minister is also a woman, and their government is 50% female. The attitude is therefore one of support and encouragement to women. They had a big social media campaign around reporting of gender based violence as it was anticipated that there would be an increase during the pandemic and they are now breaking down walls and getting more referrals.

Estonia has developed/encouraged on-line working, so women can work from home without suffering professionally if they are also caregivers. 99% of government work/services are on line. They have very strong digital security with everyone having a digital ID to aid security. They have Web Police, who do a lot of work in schools, and the government is responsible for taking people to court for data breaches. It is taken very seriously.

Lots of emphasis on education and training.

How to deal with being bullied and how to help support those being bullied, plus educating young people about keeping safe on line.

Biggest takeaway from all three sessions?