There are many milestones in 2021.

First and foremost Soroptimists International is 100 years old. Soroptimist International has over 72,000 members in 121 countries. It was founded in Oakland, California by a group of 80 women who wanted to change the lives of women and girls worldwide. Though interestingly their first project was to “Save the Redwoods”, which they did and the trees are still protected to this day. Hence our Tree Project for our 100th year – one of a number of our Centennial Celebrations.

In late 1939 a British Soroptimist wrote:

“Two things are clear to us in the midst of the bewilderment and distress of these present days. One is that, as a band of women whose aim is the furthering of international understanding, we must stick together and keep in active working order our Soroptimist organisation, the value of which is greater than ever before. The other is that when we emerge from this nightmare and the struggle is over, we must be stronger than ever to see that all our influence is on the side of justice, equity and peace.”

How true these words are even today – in the middle of the world’s greatest  pandemic. Another extraordinary milestone in 2021.

The next milestone is UN75. On the 10th January we celebrated the first meeting of the General Assembly of the United National which was held in Westminster Hall in London. However, the origins of the UN go back before 1945. In 1941 Prime Minister, Winston Churchill and President Franklin Roosevelt met to commit to a unique vision of post – war generations, it was called the Atlantic Charter. In 1945 the principles and values of this Charter were enshrined in the founding document for the United Nations Charter.

The United Nations marked their 75th anniversary with a global survey, they asked

“What sort of world do we want?”
“What are our hopes for the future?”

Did You complete the questionnaire?

Over 1-5 million people responded. People everywhere called for better access to healthcare, education, safe water and sanitation. They demanded greater international solidarity and support for those in need. 97% called for improved global co-operation to find multilateral solutions to to-day’s global challenges. They expressed their strong support for a reinvigorated United Nations as a platform for that co-operation. This is the result of more than a year of deep reflection intended to understand people’s opinions world wide and recommendations for building a better future that we want and need.

This work continues under “Our Common Agenda” led by Antonio Guterres, General Secretary of the UN and will be presented in September 2021.

The final milestone is that the Commission on the Status of Women (CSW) will be held virtually from 15th to 26th March 2021. So many more people will be able to attend – one good examples of the current situation – the advantage of a virtual world! A Statement submitted in January 2021, by Soroptimist International – a Non-Governmental Organisation (NGO) with consultative status with Economic and Social Council (ECOSOC) states:

“Only when women and girls of all ages are able to fully and equally participate in public life, hold position of leadership and be recognised key players at all levels of decision making, will the world we live in be one where everyone has equal opportunities, economics are more sustainable and societies more inclusive and prosperous. Women enable a just, equitable and peaceful world.”

As Kofi Annan, Past Secretary General of the UN,  said on International Women’s Day in March 2003:

“When women thrive all society benefits.” 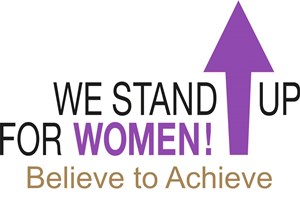