As the International Day of Women in Science approaches on 11 February, should we really be bothered?

As a Soroptimist I participated in a STEM Challenge for Girls project in 2018 only to be horrified by the reaction of a 15 year old participant. She had been told – by a teacher – that girls didn’t really enjoy physics and she probably wouldn’t be much good at it because she was a girl and why not try something else. 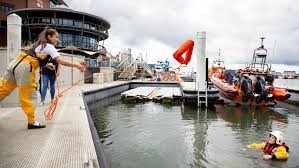 The history books are full of stories of women in science, but I don’t think they are always easy to find or celebrated enough. Katherine Johnson became famous when a drama film, Hidden Figures, was made of her work at NASA, which included her calculations of orbital mechanics which played a critical role in sending the first Americans to space. Rosalind Franklin discovered the double helix of DNA, although she died before her colleagues were awarded the Nobel Prize for the discovery. Vera Rubin discovered dark matter – the strange glue that holds the universe together, and which is one of the most significant discoveries of the 20th century. Gladys West is arguably responsible for all GPS technology with her maths work modelling the shape of the earth. Helen Sharma, Jane Goodall – I could go on – I know I am!! It is obvious that girls can do maths and physics, and any other subject in which they are interested. If only the stereotypes were different, perhaps they would.

Progress of dismantling gender stereotypes and encouraging work around women and girls in science has been made over the last 15 years. However UNESCO data suggests that only 30% of women students select STEM subjects. Even in the UK, using UCAS data for 2018, those taking computer science courses are 19% women and 81% men, with similar statistics for engineering courses. From 2017 to 2019 the core STEM employment rate increased 6 times more that the UKs overall rate of increase in employment. In 2019, however, there was still only 24% women in the core workforce in STEM jobs.  Careers in Science, Engineering and ICT are both interesting and well paid and it is a sector which is growing. It is worthwhile opening the eyes of students to these opportunities.

Many Soroptimist clubs in the Federation are working on STEM projects to encourage girls to study science and STEM subjects, and subsequently have careers in science. Most of these projects focus on girls in secondary schools, either by presenting prizes for a STEM subject, making a challenge or highlighting career options in STEM subjects. 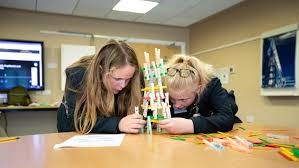 Traditionally girls are more likely to choose health care related subjects; medicine, nursing, psychology and also some natural sciences. The appalling lack of women in ICT, maths and statistics is a reflection of how far we still need to go. If more women were designing apps and websites would we be experiencing digital abuse to the same extent?

Every aspect of our lives is governed by science and we need women to be at the forefront of all developments. As the past year has shown more starkly than ever, any disaster highlights and worsens an already gender inequal society. To “build back better” we need women in science more than ever.

As Soroptimists we need to continue with our work to promote women in STEM but also to target younger children. There is evidence that stereotypes are already in a child’s psyche by the age of 4yr, and so we need innovative projects to address this.

We need trained, competent women to work alongside men to tackle our most pressing problems and find solutions to climate change, to protect biodiversity, and achieve the aims of the UN to build resilient infrastructure, promote inclusive and sustainable industrialisation and foster innovation. (SDG 9)

Of course, we should be bothered about Women in Science Day. We should celebrate those women who have gone before us and encourage and support those currently in careers in science and empower girls so they really can harness their full potential.

Listen to a young woman in Science in this video

“To rise to the challenges of the 21st century, we need to harness our full potential. That requires dismantling gender stereotypes. On this International Day of Women and Girls in Science, let’s pledge to end the gender imbalance in science.”