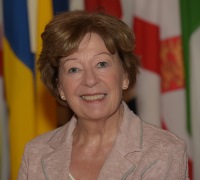 On 5 June, Soroptimists will be highlighting UN World Environment Day with the campaign theme of ‘Only One Earth’, as 2022 marks 50 years of UN environmental diplomacy.

In 1972, acid rain was destroying trees, birds were dying from DDT poisoning and countries were contending with oil spills, and contamination from nuclear testing.

At Sweden’s urging, the United Nations brought together representatives from countries around the world, to find solutions. That summit – the UN Conference on the Human Environment, held in Stockholm 50 years ago – marked the first global effort to treat the environment as a worldwide policy issue and define the core principles for its management.

The Stockholm Conference was a turning point in how countries thought about the natural world and the resources that all nations share, such as air.

It led to the creation of the UN Environment Program to monitor the state of the environment and coordinate responses to major environmental problems. It also raised questions that continue to challenge international negotiations to this day, such as who is responsible for cleaning up environmental damage, and how much poorer countries can be expected to do.

The Stockholm Conference pushed boundaries for a UN system that emphasised the importance of joint action for the common good. It gathered representatives from 113 countries, as well as UN agencies, and created a tradition of including environmental advocacy groups. It produced a declaration that included principles to guide global environmental management going forward.

However, developing countries expressed concerns that this new environmental movement could prevent impoverished people from using the environment, which would reinforce their deprivation and add to poverty.

Would rich countries that contributed to the environmental damage provide funding and technical assistance?

Twenty years later, the 1992 UN Conference – the Earth Summit held in Rio de Janeiro -provided an answer. It embraced sustainable development that would meet the needs of the present, without compromising the ability of future generations to meet their own needs.

Whilst all countries were expected to pursue sustainable development, it was acknowledged that developed countries had more capacity to do so and that their societies placed greater pressures on the environment.

The Earth Summit produced the UN Framework Convention on Climate Change, laying the foundation for global climate negotiations that continue today; the Convention on Biological Diversity; nonbinding Forest Principles; and an overarching action plan to transition to sustainability. 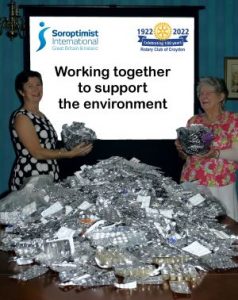 As we know, in 2015, UN member countries adopted 17 Sustainable Development Goals with measurable targets and signed the Paris climate agreement. Countries in 2022, committed to develop a treaty to reduce pollution from plastics.

Environmental diplomacy has demonstrated that progress is possible, nevertheless, the challenges the world faces are immense. As we head into the next 50 years, climate change, biodiversity and effects on human health are high on the agenda of foreign policy makers, international organisations, and corporate boardrooms.