Social justice is a political and philosophical theory which focuses on the concept of fairness in the relations of individuals in society and equal access to wealth, opportunities, social privileges and fruits of economic growth. As a concept, it arose in the early 19th century during the Industrial Revolution throughout Europe, which aimed to stop exploitation of human labour. To promote its international awareness, United Nations has designated 20th February as the World Day of Social Justice.

As Maja Daruwala ,Chief Editor of the India Justice Report ,2019 wrote, “Constitutional promises of equality before the law (Article 14) or the universal duty of all governments to ensure the protection of life and personal liberty (Article 21), however, will remain unfulfilled, so long as justice remain a luxury accessible only to the privileged and powerful”. The Articles referred to here are from the Indian Constitution- but the challenge of social justice is a universal one. 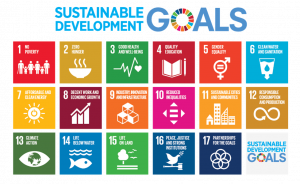 Social justice remains elusive when we address Sustainable Development Goal (SDG) 1- No Poverty. UN Secretary-General Antonio Guterres has said, “Ending poverty is not a matter of charity, but a question of justice”, and the need to fight for economic inclusion. Speaking on gender equality -SDG 5, he wanted all girls to sit in classrooms and be present in halls of power or boardrooms of business.

For Soroptimists, the mission is transforming the lives of women and girls. We are faced with the one question of how social justice can be rendered to those who have been subdued, suppressed. and caged, just because of their gender. We uphold the principles of social justice when we promote gender equality. For the first time in the history of the UN a separate agenda agreed upon by 195 member states, comes in the form of SDG-5.

Soroptimist clubs have used the provision of SDG to seek social justice for women and girls in their respective communities. 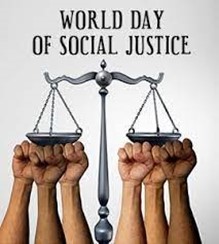 As advocates of social justice for women and girls, Soroptimists are reminded of the rising inequalities, now exacerbated by the pandemic in almost every country-the women of Afghanistan, the forced labour workers, the migrants. Also, the underprivileged students, who cannot attend online classes because they cannot afford smartphones.

In a country projected as a future power in the BRIC, India is still weighed down by the disparities of ever kind and remnants of practices that keep alive discriminations against women and girls. The examples of the female feticide, widows of Vrindavan, the devadasis are challenges peculiar to this region.

Soroptimists have taken small steps to make underprivileged women aware of their legal rights in Asian countries through legal awareness programmes. We advance social justice when we remove barriers to form an egalitarian society and Soroptimist Projects do just that.