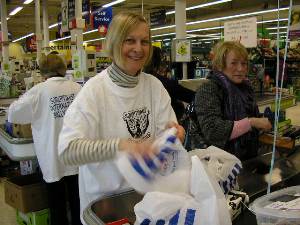 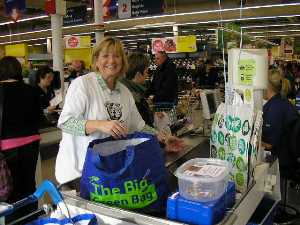 On the 19th February 2011 members of SI Ballymoney and District manned the checkouts in Tesco Ballymoney to raise funds for Parkinson’s UK – Northern Ireland. All were a bit apprehensive at first but the hour and a half stints flew past as we helped shoppers with their weekly chore. Just under £600 was raised and presented to the Causeway Coast branch of Parkinson’s UK – NI.

As an added bonus many people in the Ballymoney are now much more aware of Soroptimist International and what we do – even if the full objectives don’t trip of the tongue easily.

The pictures show us happy in our endeavours.