What’s been a happening?

Soroptimists on a mission!

Sam Davies Ward is a 23 bedded older persons acute rehabilitation ward. The services include stroke rehabilitation, orthopaedic rehabilitation, and medical rehabilitation amongst other key health services. The ward also has two respite beds and receives referrals from the community as well as  other sites. Cardiff & Vale UHB are proposing to close this essential community facility.

Soroptimist members have been busy collecting signatures from  family, friends, neighbours and link groups. In the first fortnight members have collected 620 signatures. Forms have also been distributed to various outlets in Barry e.g The Colcot Co-op, The Cheery Orchard pub, PJ Miller Car Sales, Hilary West Florist, Marcos on Barry Island… We have been able to distribute forms to other individuals who have wished to knock on doors and visit shops. If anyone wishes to have petition forms please contact Jackie Memory. Signatures are needed from all parts of the Vale not just Barry.

The e-petition went on line on 23/07/2019 and will close on 30/09/2019.  In a week there have been 507 signatures. Members are urged to  pass on  the word for people to sign – Google E- petition The Sam Davies Ward, Barry Hospital – National Assembly for Wales.  People have signed from outside of the Vale ( possibly relatives of those patients who have stayed on the Ward and live away). If someone has signed the paper petition they should not sign the E-petition. Some members of the public are enthusiastic to sign both!

The staff on the Sam Davies Ward wish to express their thanks to the Soroptimists for their continued support.  If anyone has any further queries please do not hesitate to contact or ring Jackie Memory

In really superb weather, all enjoyed the July coffee morning and plant sale hosted by Hilary. Apart from the fine plants, delicious homemade cakes were also available. The morning raised £130 for the President’s charities. 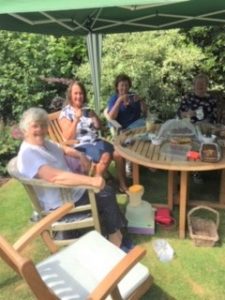 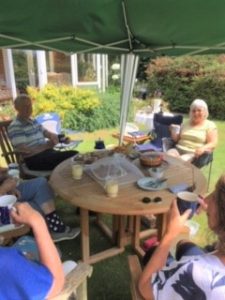 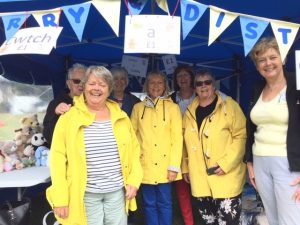 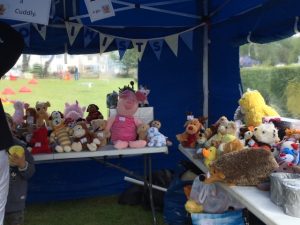 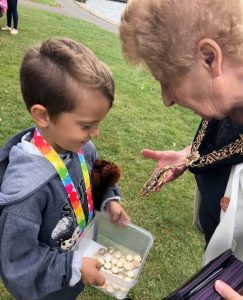 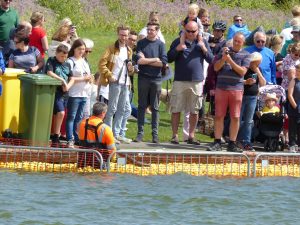 On Saturday 20th July, at a windy but dry Knap Gardens, as part of our co-working with Rotary Club of Barry, our Toy Stall at their annual Duck Race made a magnificent £139:40 for the our President’s Charities. At £1 a go, everyone was a winner. Many thanks to those who made donations of toys without whom we wouldn’t have had a stall and of course thanks to all who helped on the stall and those who called in.

Jane Hutt AM, a Soroptimist from Barry and District won a pink teddy for her grandchild. Barry Mayor bought her ticket from Osian, Yvonne’s grandson. Mali and Osian worked hard from helping to set up the stall till Mum took them home. No barrier to age! 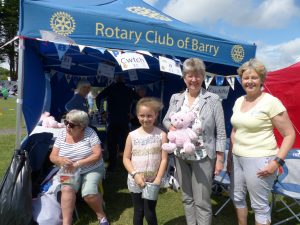 As an important extra we also collected signatures for the petition to keep the Sam Davies ward at Barry Hospital open. 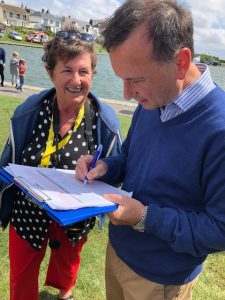