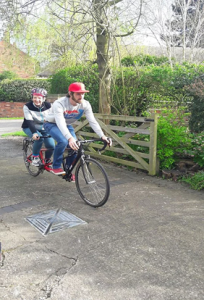 John O’Groats to Land’s End on a tandem….From 23rd September 2017 for two weeks Stephney and Jono Hornblow – mother and son – cycled the 894 miles to raise funds for Cementing Futures.

Stephney (65) had a health scare in 2016 and subsequently began training and lost in excess of five stones in weight. Her son Jono has been totally encouraging and was the other half of the tandem. They believed Cementing Futures a really worthwhile cause, along with the British Heart Foundation. Husband Tim did the cooking in a camper van en route and Bobbie White and Liz Dominey – SI Bournemouth – were the “roadies.” 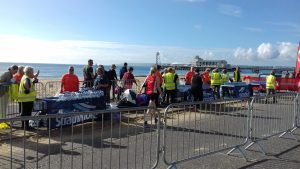 Runners in the sunshine 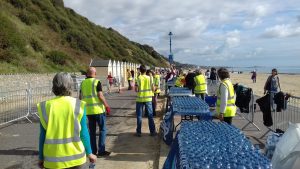 Bournemouth and Poole Soroptimists and their loyal supporters manned a hydration station at the 2017 Bournemouth Marathon. Once again the weather was gorgeous and a total of £465 was raised for Cementing Futures.  Special thanks to half-marathon runner Ken Adams and friends for supporting the charity again this year by donating all the funds that they raised. 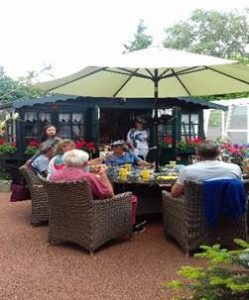 On a wonderful sunny day, a lunchtime BBQ was held by Jane and Duncan Hume at their home in Bournemouth. Guests enjoyed lovely food cooked by Duncan, salads and puddings prepared by Jane as well as a swim and lots of laughter. Thank you to all who helped raise £225

The Gate of India, Parkstone, Poole, treated us to some wonderful food and provided a very convivial atmosphere in May. Thanks to the generosity of the restaurant £202 was raised to help the children and everyone had a most enjoyable evening. Thank you to the Dhaka Support Group for the organisation and friends for their support. 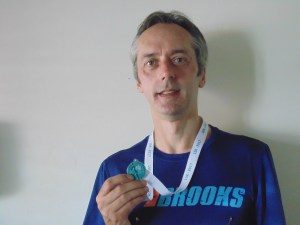 Thanks to Ken Adams and Alec Turner for their sponsored run. With the support of his colleagues, friends and Soroptimists they raised £89.90 which is fantastic and will support a child for nine months.

This was the first time that Ken had done a sponsored run so we hope it won’t be the last!

Well Done and Thank You.