Following up on an interesting and enjoyable evening a few weeks ago finding out about how women campaigned to have the vote, several members of SI Bridgend joined Bridgend MP Madeleine Moon and other local organisations to march as part of Porthcawl Carnival. Some members wore period costume, whilst others donned green, white and violet sashes, to lead the carnival as part of the 100 women marching for the vote. They were followed by a carnival float created by Porthcawl Museum celebrating the achievements of women in the last 100 years and which included Welsh broadcaster Roy Noble as Lloyd George. 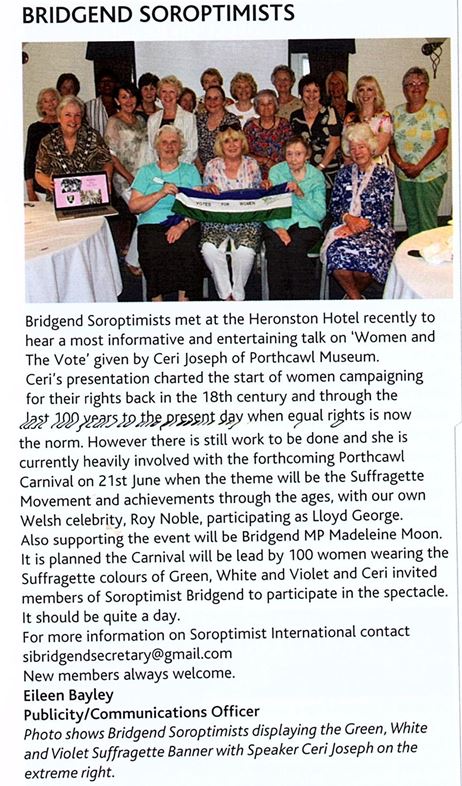