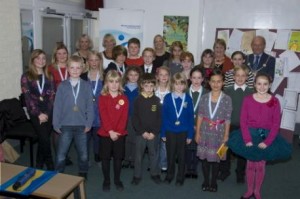 AWARD-winning young writers had their creative talents recognised at a special ceremony at Cirencester’s Royal Agricultural College attended by parents and local dignitaries.
Over 700 pupils from local primary schools entered the literary competition, which is now in its fourth year and is sponsored by the Cirencester & district Soroptimists.
The main purpose of the competition is to encourage children to use language in original and creative ways and entrants had several different titles to choose from.
In a nod to the Olympics, first, second and third winners in each age group were presented with gold, silver and bronze-coloured medals by local children’s author Lynne Armstrong-Hobbs.

Soroptimist co-organiser Linda Benatar said: “We were quite overwhelmed with the response this year and the standard was very good. There are always some children who absolutely shine.”

Year 5 and 6 winner was Archie Bretherton from Powell’s School (now at Marling), with 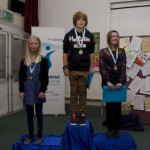 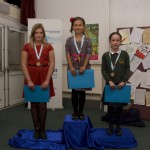 First prize for the younger age group of Years 1and 2 was awarded to ArywenMorris from Stratton School, with second prize going to Bethan Jones (Powell’s) and third prize going to Joshua Parsons 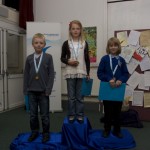 The school of the winning entry in each year group was given a shield to keep for a year, and Mrs Armstrong-Hobbs gave three of her own autographed books for the school’s library.