Friendship Links are the Soroptimists’ way of connecting with other clubs worldwide to share projects, offer support and forge friendships. 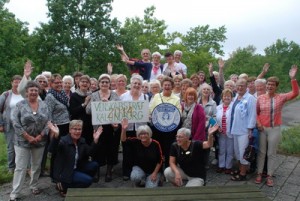 SI Crosby has a number of Friendship Links. Our oldest is with SI Kalundborg in Denmark. Continuing the Scandinavian theme we have a link In with SI Sigdal  in Norway and SI Falkenberg in Sweden.

In  April 2016, the clubs decided to meet in a neutral location for a change, so chose Bruges in Belgium – easily accessible by air and (from the UK) by Eurostar. There were plenty of opportunities to renew friendships, catch up on clubs’ activities and explore the delights of the city (including a brewery, markets and street art).

After a successful trip to Bruges in 2016 it was agreed by all that another gathering should be arranged for 2018 , and this time in Edinburgh, as this would be an easy destination for all clubs to travel to. Edinburgh proved problematic, so the plan changed to Glasgow.

In our own SIGBI Federation we have a link with SI Keighley (Yorkshire) – and have danced Bollywood-style! We have met up at conferences; and we supported their special event to mark the International Day for Ending Violence against Women and Girls 2016. 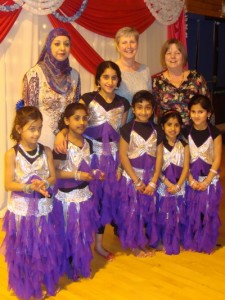 We are also linked to SI Scarborough (Trinidad and Tobago) and SI Bonaberi-Douala (Cameroon) in SIGBI.

Our furthest link is with SI Tauranga (New Zealand) in the South West Pacific Federation. 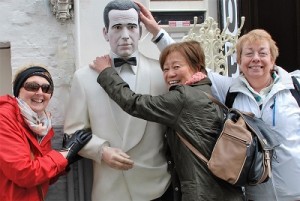