Air pollution is caused by the presence of toxic substances in the atmosphere mainly produced by human activities and at times due to natural phenomena such as volcanic eruptions, dust storms and wildfires, also depleting the air quality. Heavy industrialization, combustion of fossil fuels like coal and oil, agricultural activities due to the use of harmful chemical and certainly waste production just to name a few have resulted in insurmountable quantities emissions in the atmosphere causing severe global warming and resultant changes in climate.

The effects of air pollution are immense as it not only affects global warming and climate change but also has a direct impact on human health and the environment. The process of plant evolution and the prevention of photosynthesis are greatly affected by air pollution. In addition to this it contributes to the formation of acid rain, atmospheric precipitation in the form of rain, snow, frost, hail or fog which in turn results in the destruction of plants and animals and in very severe cases human life.

Soroptimist International Esperance had a two pronged approach to creating awareness of the messages of World Environment Day June 5th, and indeed the Environmental month of June. The club members challenged the girls of Barrackpore ASJA College to research the topic #BeatAirPollution and create an art work to illustrate this. 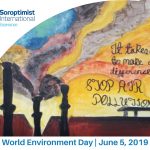 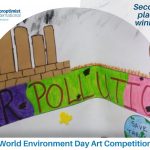 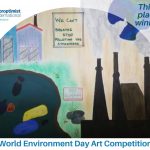 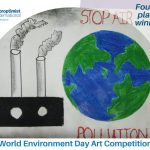 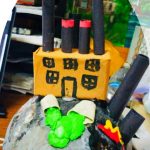 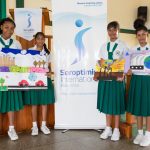 The Barrackpore ASJA girls show some of their prize winning artwork. 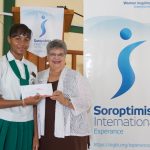