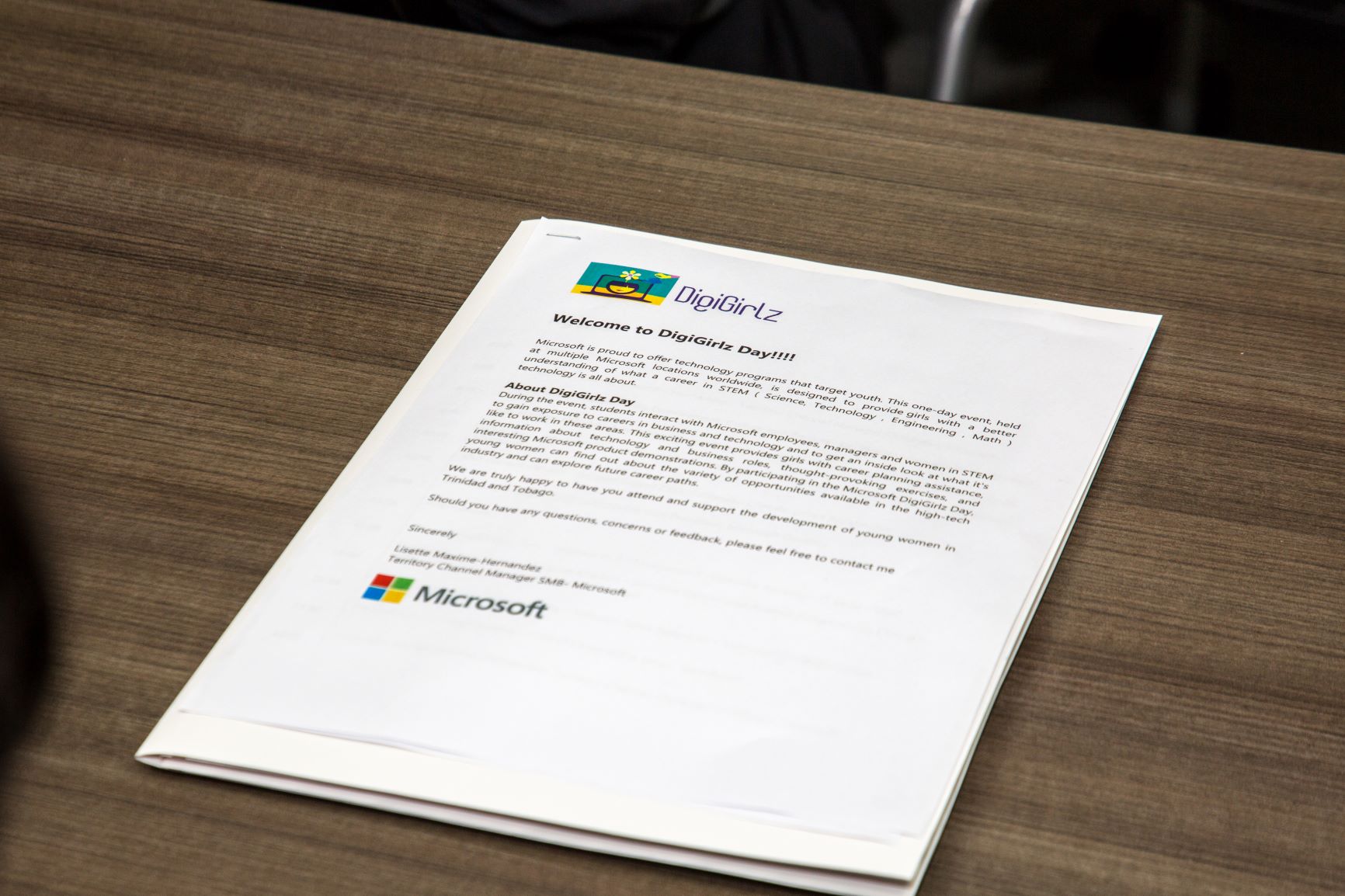 As part of its continuing Women in STEM initiative, aimed at bridging the gender gap in the technology sector through awareness, and education, Soroptimist International Esperance was proud to partner with Microsoft to bring DigiGirlz 2019 to Trinidad.

This global event is designed to provide girls with a better understanding of what a career in the STEM disciplines (Science, Technology, Engineering, and Math) is all about.

Minister of Community Development and the Arts, Dr. The Honourable Nyan Gadsby-Dolly addresses the DigiGirlz and tells them “We need women to take their place at the table of leadership.” 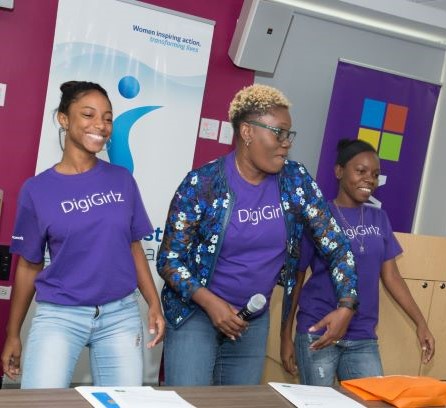 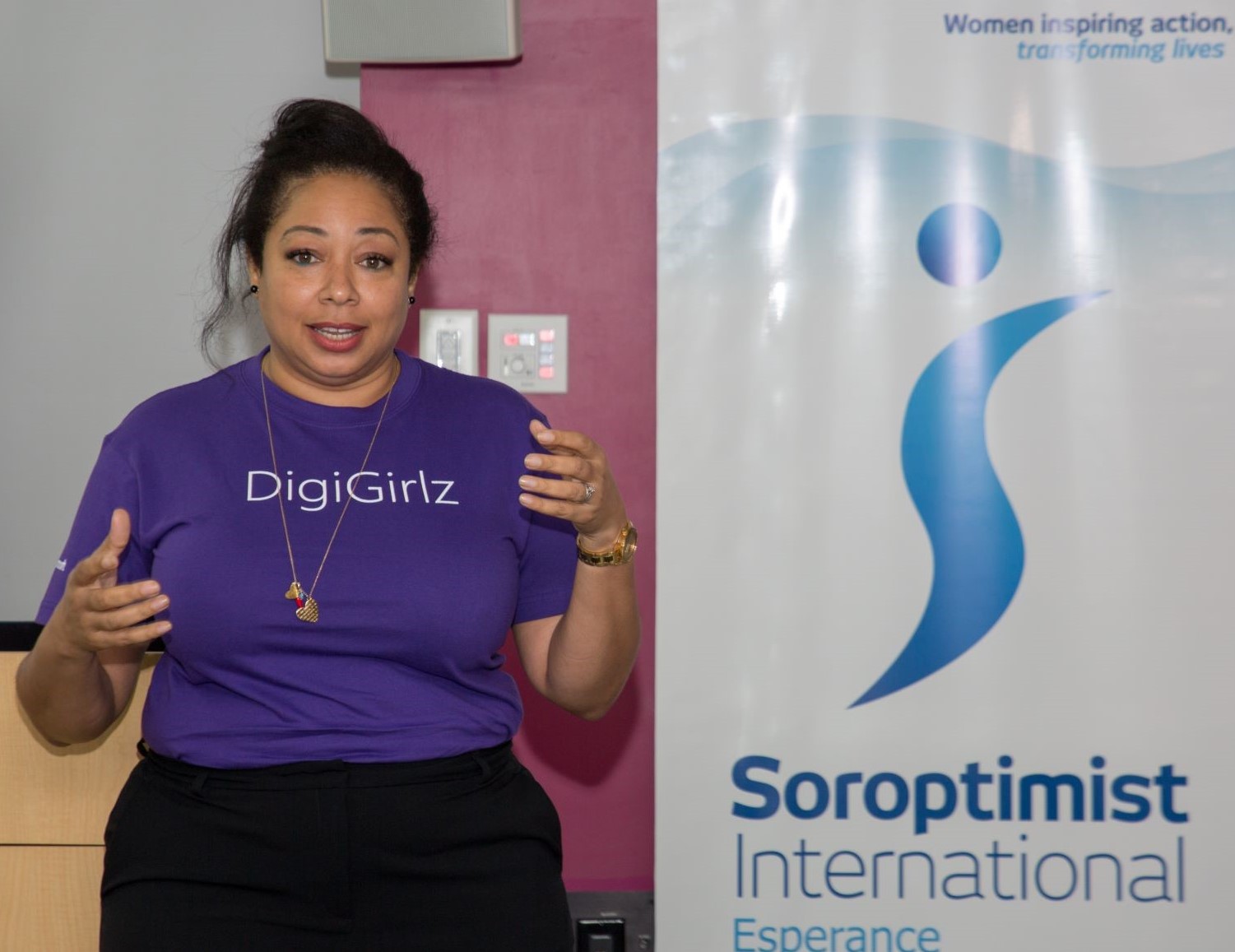 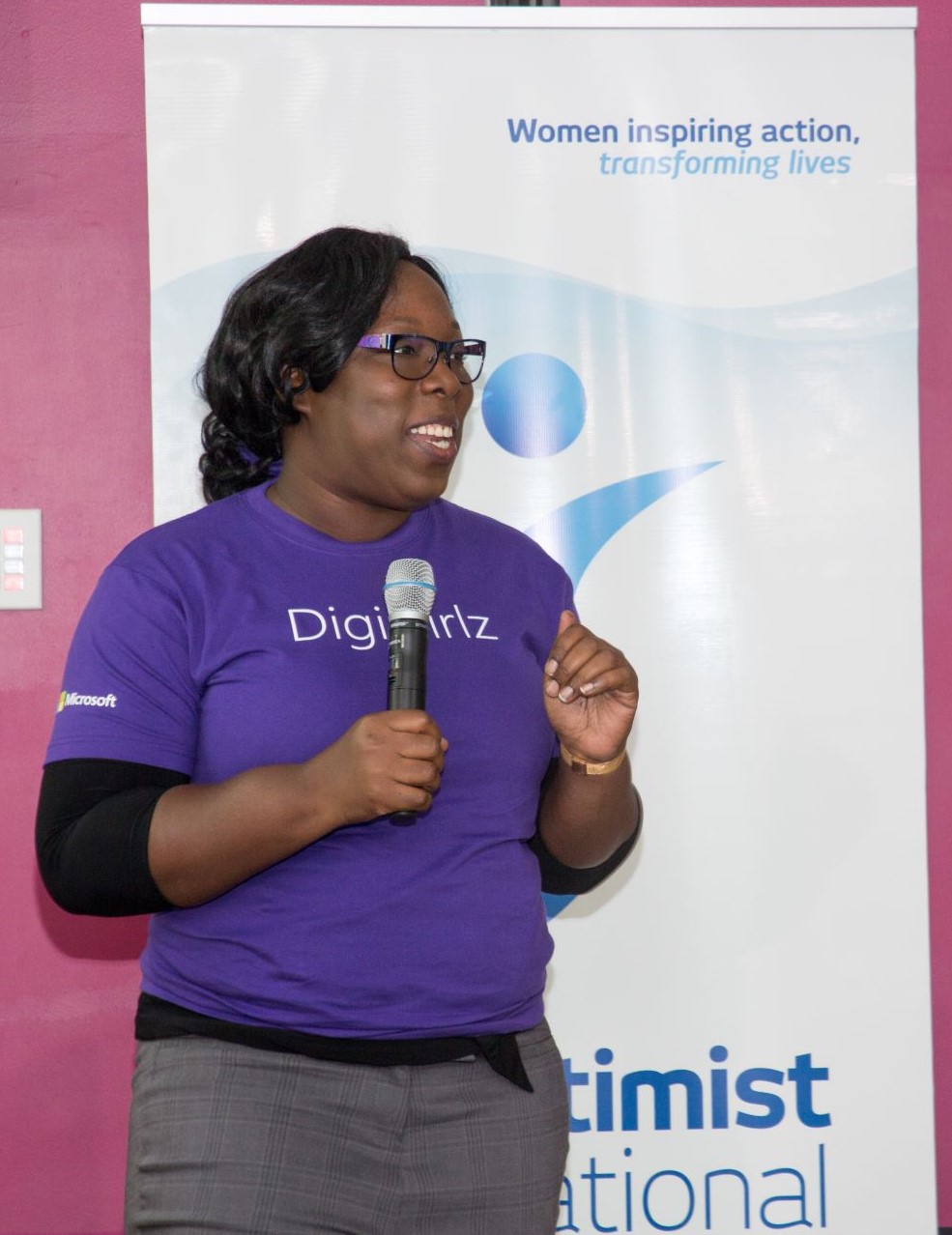 Vernisha Ayoung, IT Leader of Shell spoke on Women in IT Management. Arianne Khadoo and Rachel Yeh Chong of Teleios Systems Ltd gave the DigiGirlz a taste of coding, and told the DigiGirlz, “Never limit yourself!” 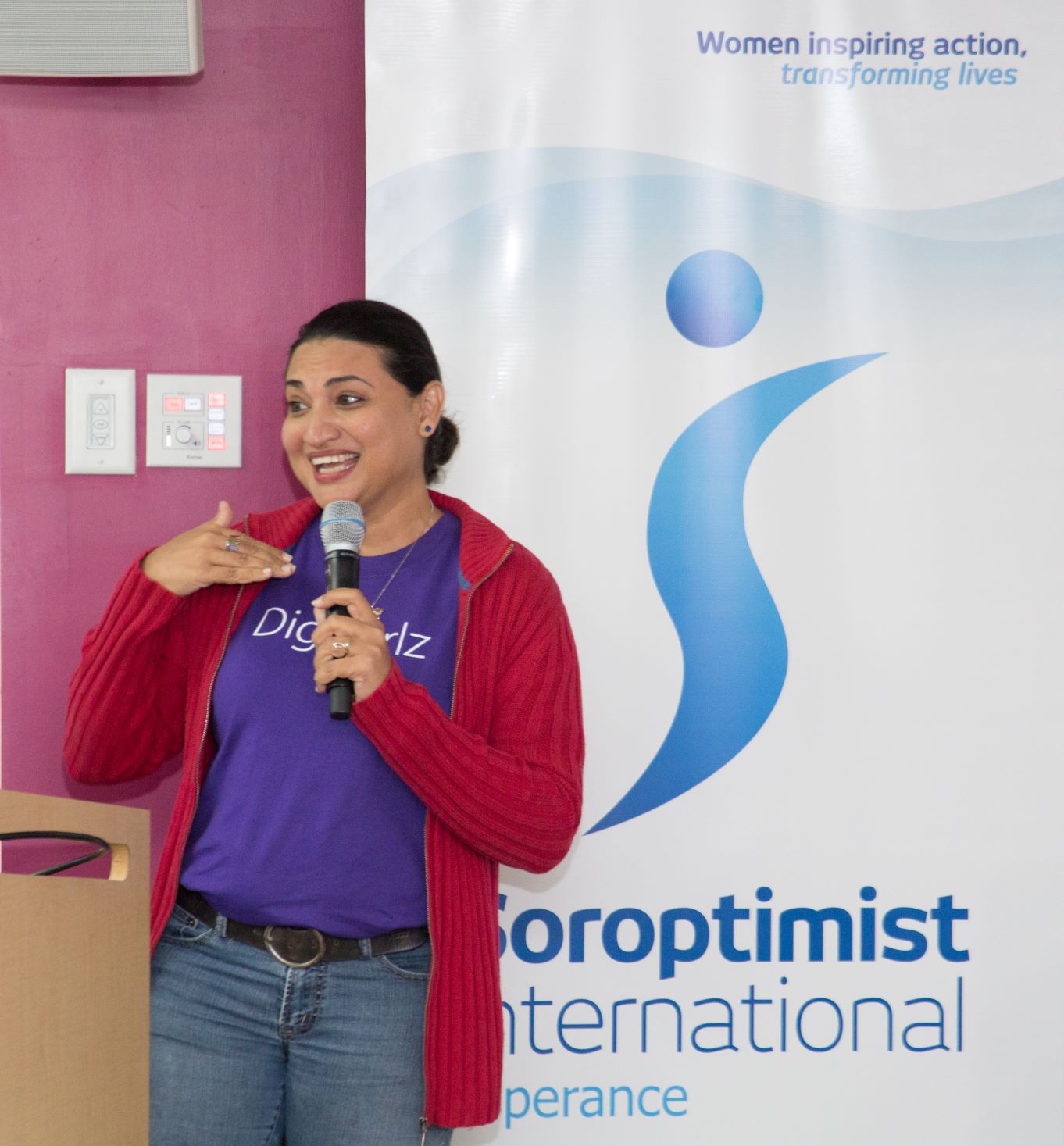 Neela Racha of Software One West Indies challenged the girls with ‘The Sky is the Limit.’ 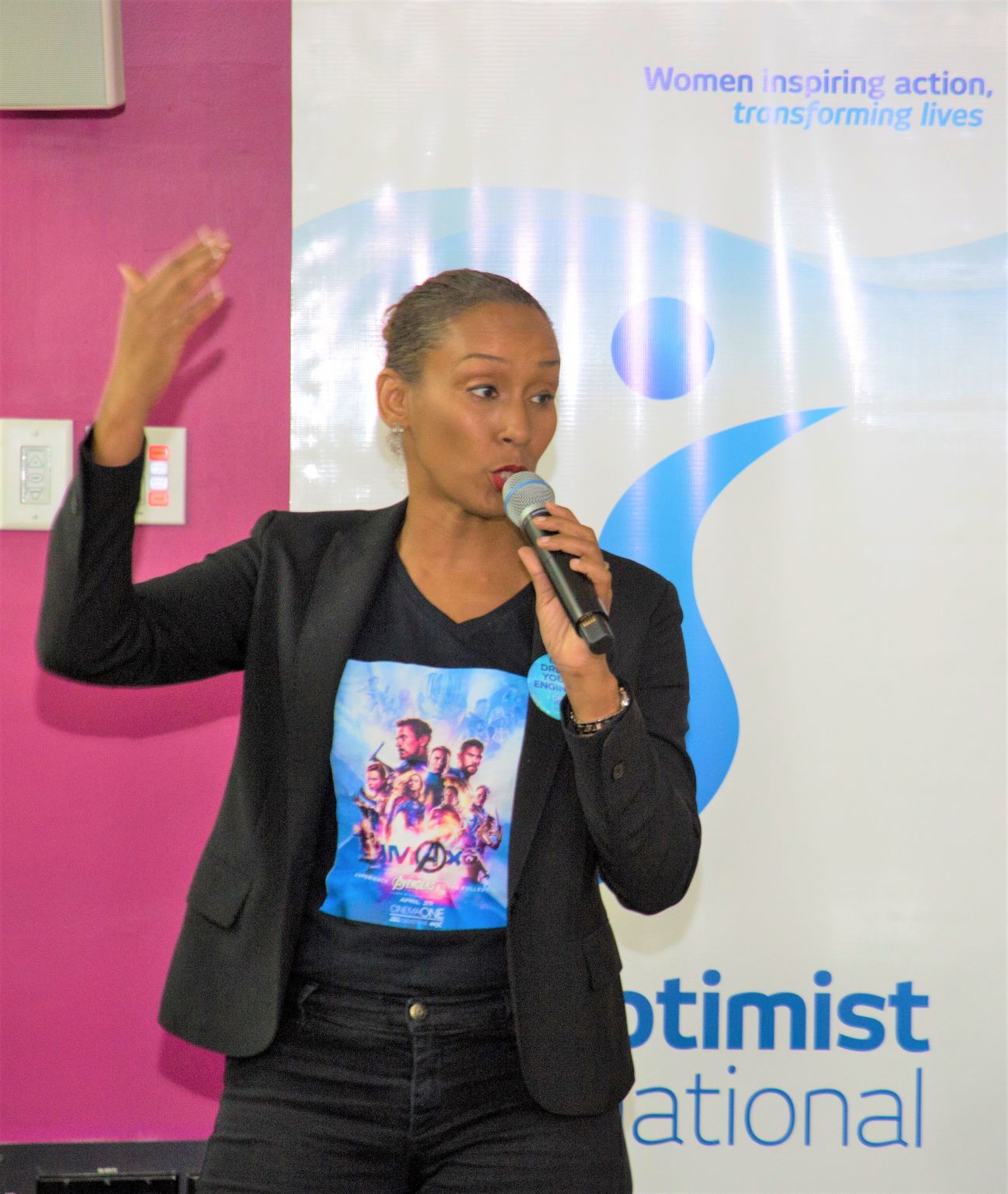 Each speaker brought new and fresh perspectives to the emerging careers in the Technology Sector in the digital economy.  Ms. Moses from the Caribbean Climate Smart Accelerator noted that the Climate Change Economy was a twenty-six (26) trillion-dollar industry with the capability to produce sixty-five million (65m) low carbon jobs, which was waiting to be explored. The girls were encouraged to be focused, to broaden their vision to think beyond the traditional, to make wise choices and to live boldly and fearlessly.

‘Who Run the World? – Girls.’ The workshop was interactive and fun.

Representatives from Teleios Systems, a software development Company, showed interactively, how easy it was, with a few lines of code, to produce a coloured wallpaper background.  The Speakers made the information relevant to the girls by referencing experiences with which they were familiar e.g. Thanos, a character in the Marvel Avengers Series and the 3D experience at Digicel IMAX. 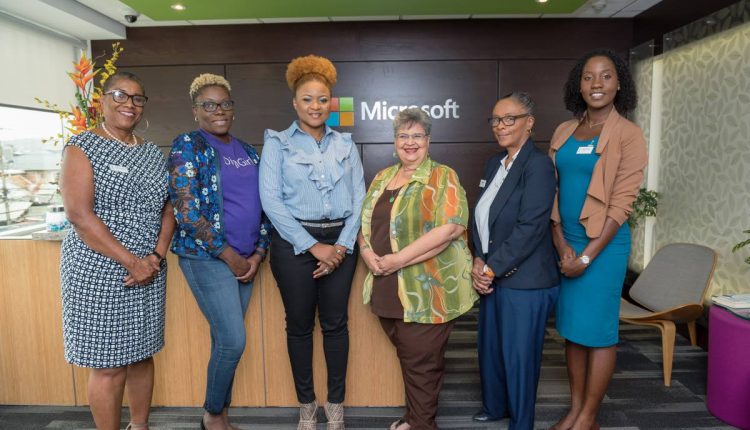 At the end of the session, Microsoft offered to create a DigiGirlzTT Whatsapp Group to provide continued support and resources to the girls. 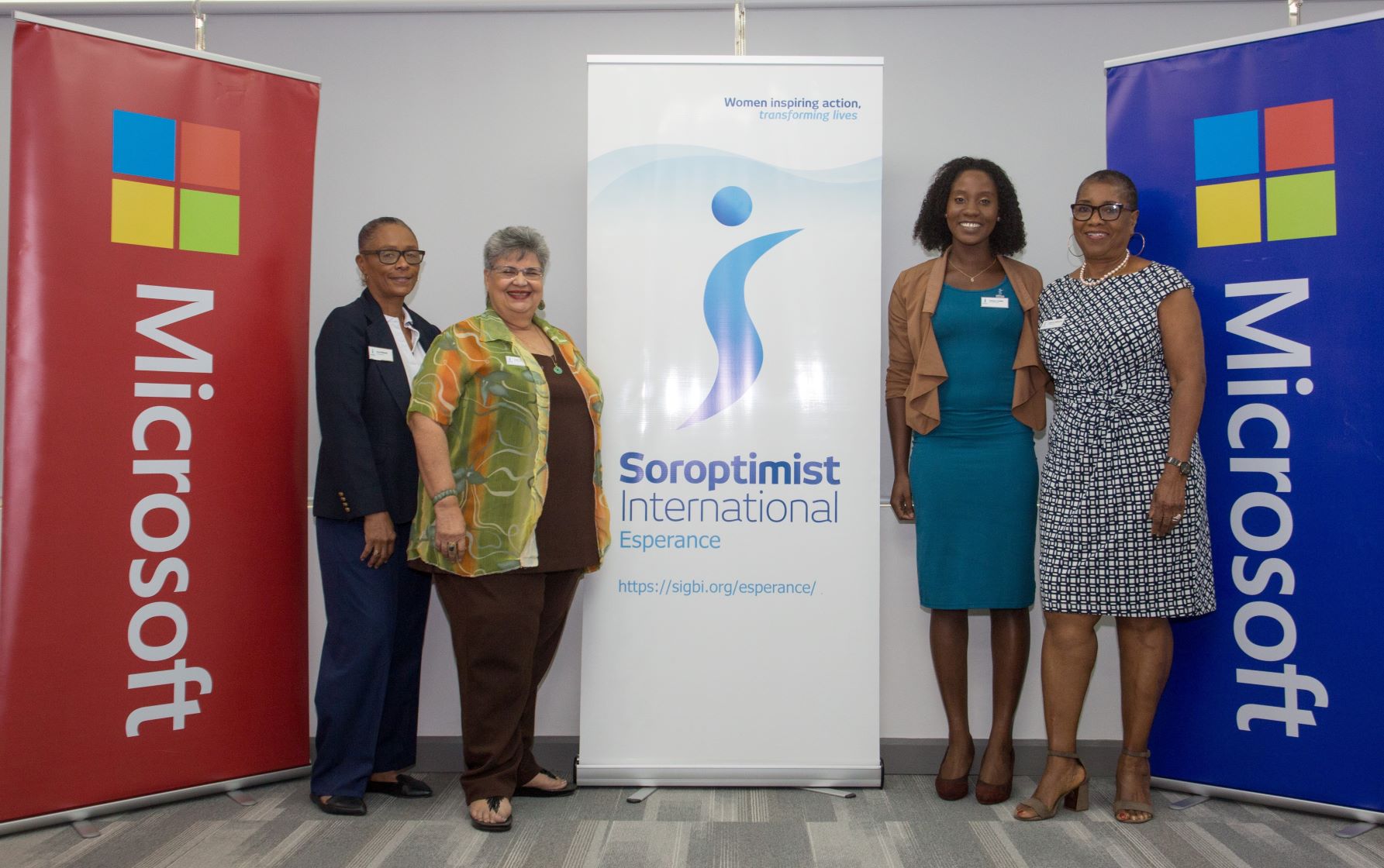 Participants left asking how soon the next Microsoft DigiGirlz event would be held and thanking the Esperance Soroptimists for facilitating the experience.
Candid Photos 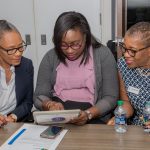 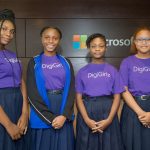 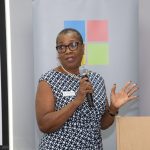 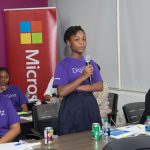 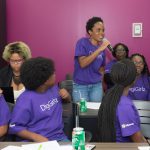 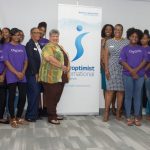