Soroptimist International of India is part of a worldwide organisation of women, which is linked to the United Nations.

Bombay North was the first club established in India. Over a period of time Calcutta, Burdwan, Japalpur, North Bombay and South Bombay chapters were formed. SI Bombay North is still going strong, while some of the earlier clubs have since ceased to exist.

The Federation was keen to see a National Region in India. Chitra Ghosh from Calcutta and Antoinette D ‘Costa from South Bombay were instrumental in forming the National Body. The NASI Board was formed only in 1990-91 with Aroti Dutta as the first NASI President. The main officials at that time were the President, Secretary, Treasurer, Pres-Elect and PAC.  The post of Councillor came later in 2003-4.

NASI conducts meetings twice a year, an Executive Committee Meeting and an AGM. The meetings are attended by the NASI Board, Club Representatives, Programme Action Chairpersons of all Clubs. These are occasions to learn from each other, build friendships and revisit our commitment to transform the lives of women and girls.

As we in India turn just over 30 years old our parent body celebrates a centenary.

A century of work done across the global to improve the lives of women and girls, a century of partnerships, friendships and international commitments. The organization has played crucial roles during the war years, during climatic upheavals and times of human tragedies. So celebrations of the successes are in order.

Despite the pandemic times Soroptimist International is celebrating its achievements if only virtually.

You can also read a detailed history of the growth of Soroptimist in India.

To mark the 100 years a special video has been produced: 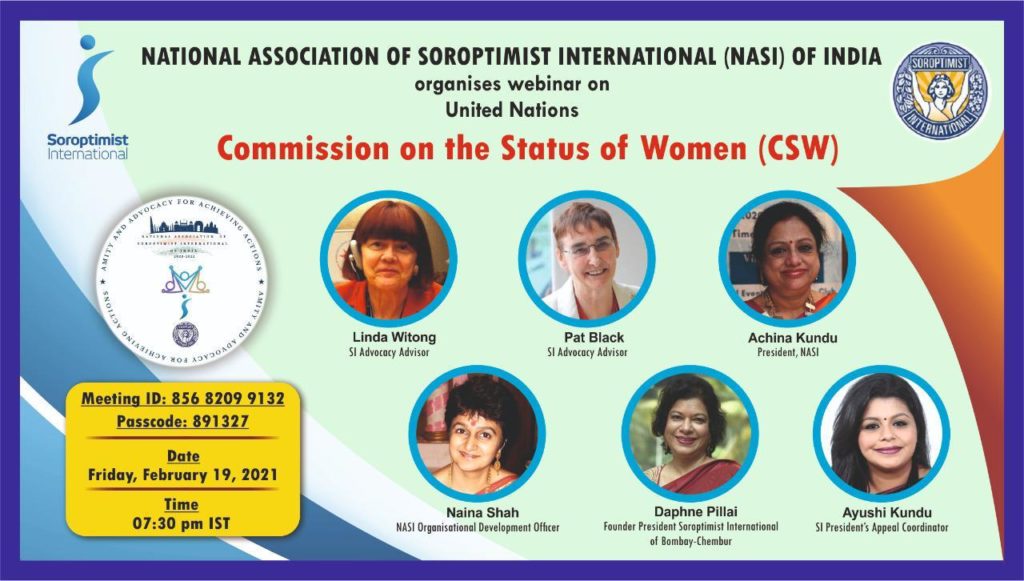 Screening of film by NASI at CSW 2021

An Award winning movie, ‘Dhumkudiya’, was screened by the National Association of Soroptimist International (NASI)…