SI CALCUTTA: In the aftermath of the ‘AMPHAN’ super cyclone that severely affected several parts of the state of West Bengal, many suburban and village areas situated in low lands and close to the Bay of Bengal were left without clean drinking water. To help the locals living in these areas, SI Calcutta organised and donated towards installation of Drinking Water Filters at the BDO Office at Pukurberia Village, Kakdwip, in the District of South 24 Parganas in West Bengal, on 14th August, 2020. These were inaugurated by the BDO and other staff of the office on 18th August, 2020. 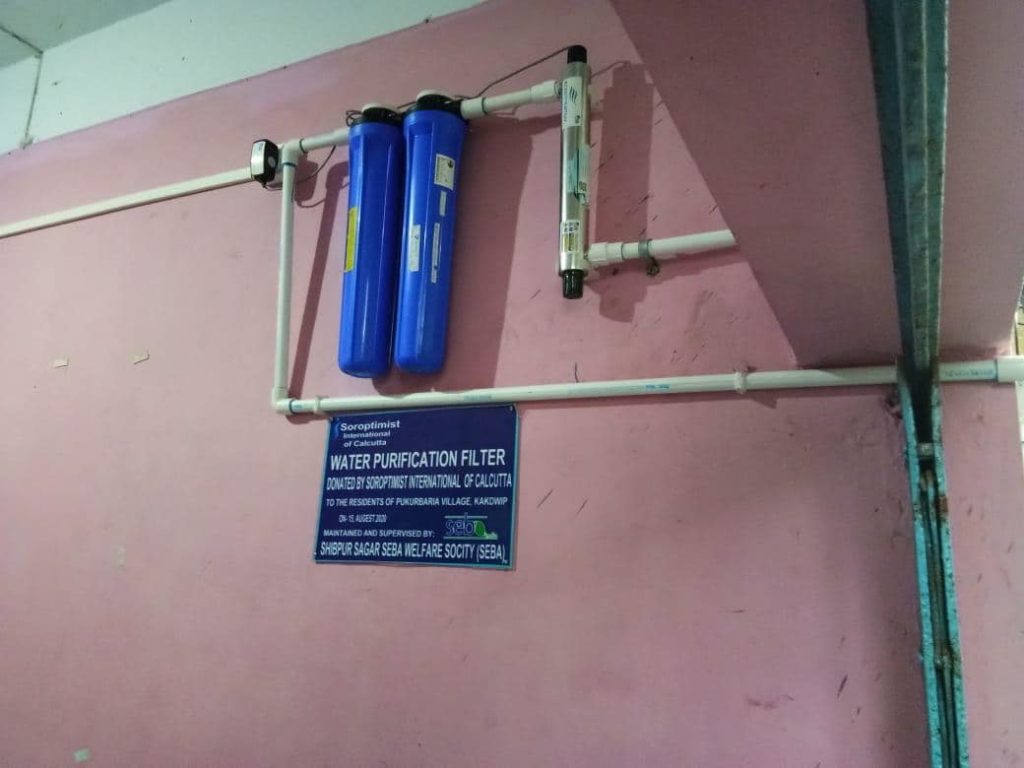 SI MADURAI: Climate Change is the defining issue of our time and we are at a defining moment. From shifting weather patterns, threaten to food production and rising sea level leading to increase the risk of catastrophic flooding, the impacts of climate change are global in scope and unprecedented in scale. Without drastic action today, adapting in near future will be difficult.

SI Madurai felt it was their responsibility to start creating an awareness globally on the ill effects of climate change and different ways to mitigate it. They invited national and international speakers to make presentations on the impact of climate change in their cities, and a realistic way to find solution, on 29th August, 2020. 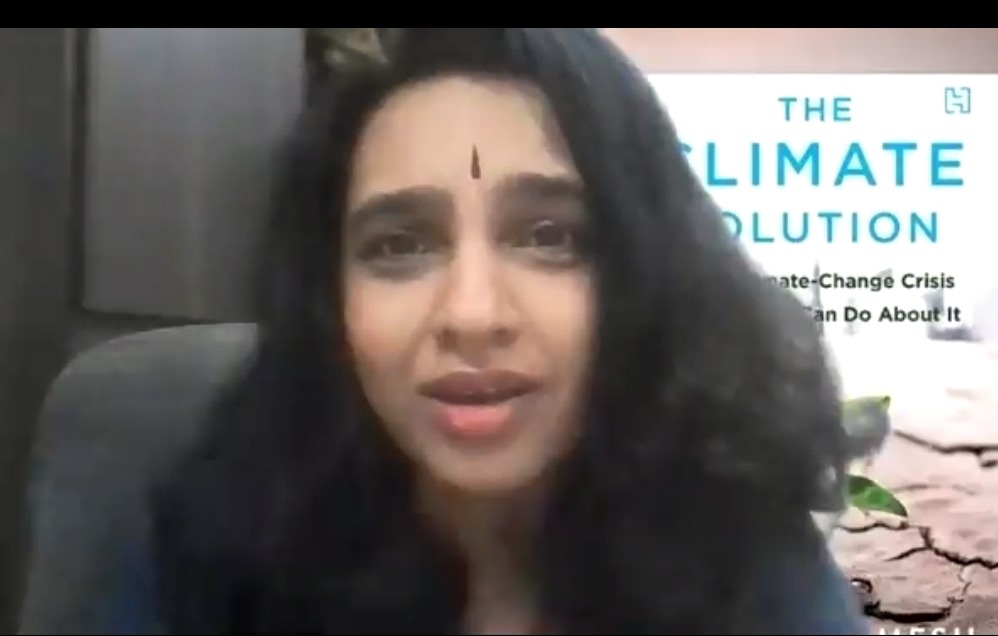 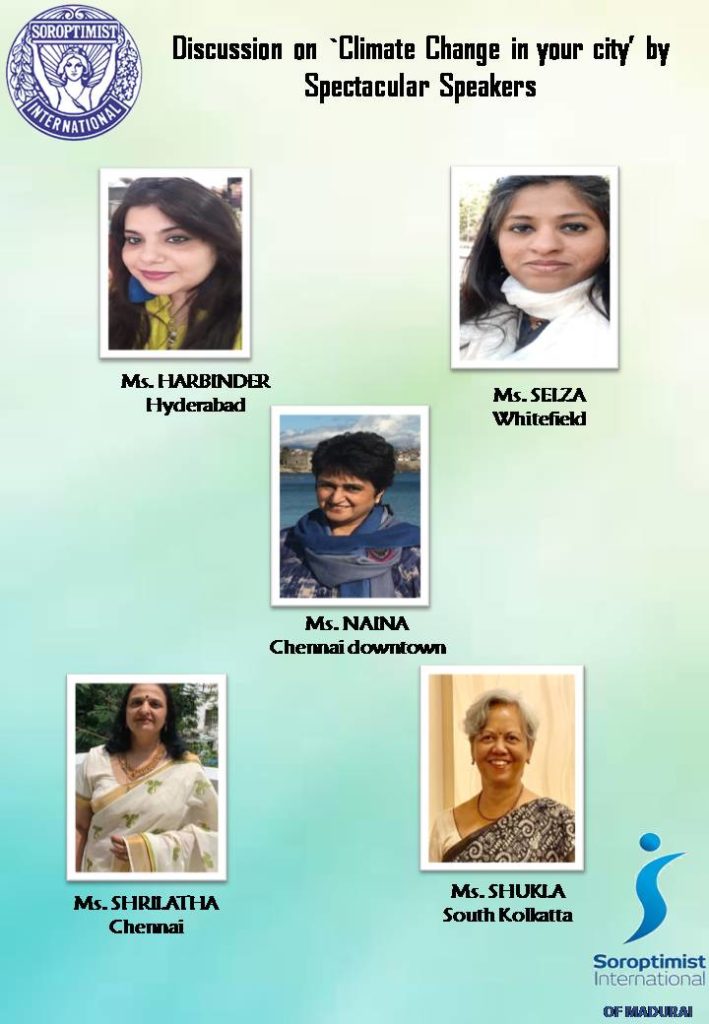 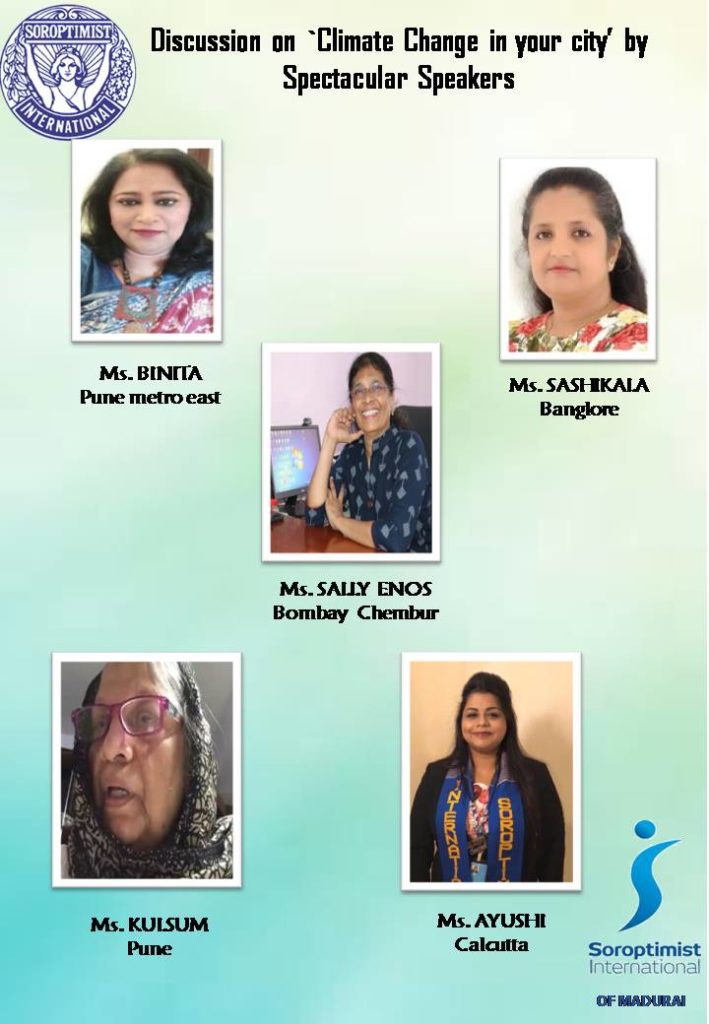 SI CHENNAI: SI Chennai conducted its annual Inter School Talent Contest for children with Learning Disabilities. This project was started in 2003 and continues to this day. It is the only one of its kind for slow learners in Chennai. Thanks to the pandemic there were doubts whether the contest will be conducted this year (2020).

The authorities of some of the schools that regularly participate were enthusiastic about having the Contest online. In compliance with social distancing norms, only solo events were conducted. These included Art, Oratory and Music both vocal and instrumental. In all 8 schools with 85 students participated this year. The students handled the new online format with aplomb. The Art Contest was conducted on Zoom, on 29th August, 2020. The participants, in the Beginner, Sub-Junior, Junior and Senior categories were placed in four breakout rooms. The winners were judged from the photographs of their works taken individually.

The Oratory and Music sessions were held on 5th of September in two sessions. Winners were announced at the Valedictory session that followed. The participation and winners’ certificates and medals were couriered to each of the participants. 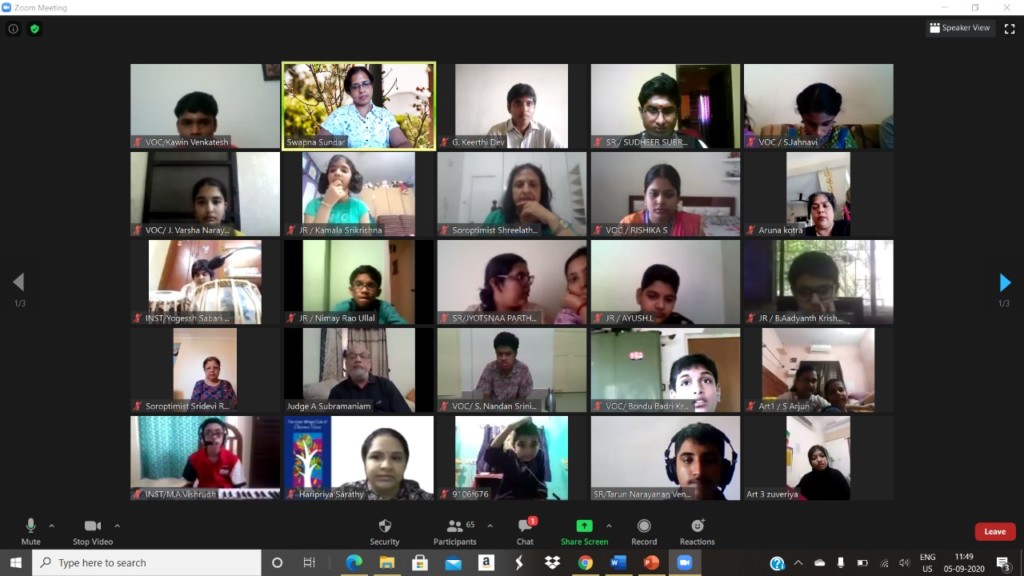 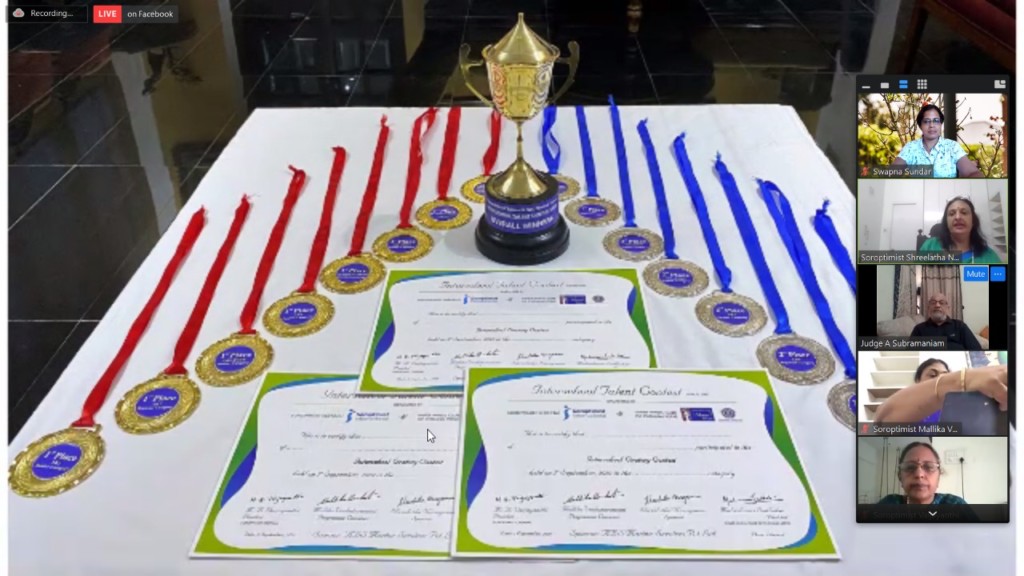