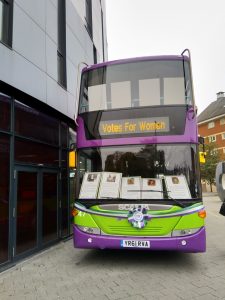 We’re so proud to be part of the group of women that came together, decided on mounting a Festival, planned it and made Women’s Voices, Women’s Votes a great success.  Described as awesome by some of those who came and all seem to have found it of interest and liked the mix of serious talks, mentoring, workshops, Market Place and entertainment.  The unveiling of the Bus by our Mayor, Jane Riley, was a brilliant start to the day.  Our very own member Anne Walton, recently named as one of the top scientists in the UK, was one of the 100 famous women featured on the bus 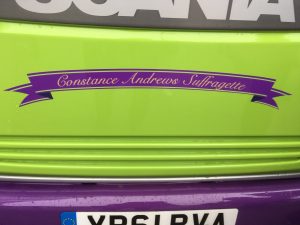 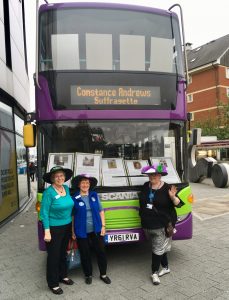 We were involved in running the Short Story Competition and were delighted that Amanda Hodgkinson and Gill Lowe, visiting Professors at University of Suffolk, were the judges.  Congratulations to the winner, JUstine de Mierre, for her story The Gift of the Half Moion

Our stand in the Market Place attracted a lot of attention.  We raised £100 in the raffle for the beautiful quilt made by one of our ex-members – winning ticket was Yellow ticket number 159.  Congratulations to Jan. 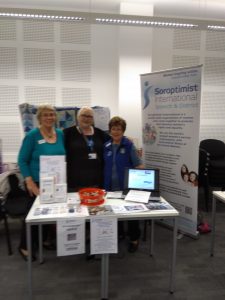 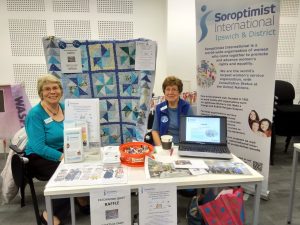 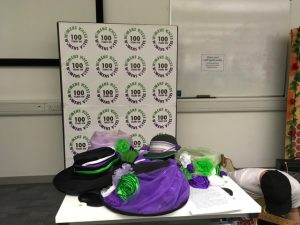 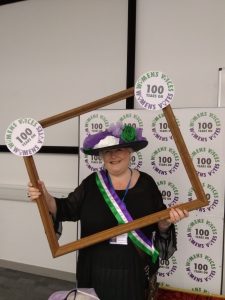 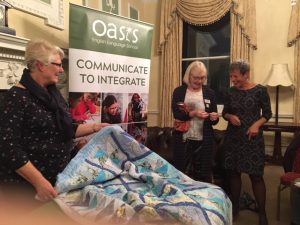