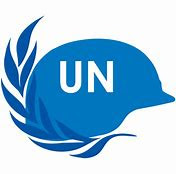 May 29th is the International Day of UN Peace Keepers to honour and remember the Blue Helmet and Blue Berets symbols of hope and resolution for millions in conflict zones. Donning these the UN Peace Keepers place themselves in difficult often dangerous situations to give personnel help stabilise communities, protect civilians, promote the rule of law and advance rights”

The theme for this year’s Day is “Women in Peacekeeping: A Key to Peace” to help mark the 20th anniversary of the adoption of UN Security Council Resolution 1325 on Women, Peace and Security.

The UN Peace Keepers (male and female) are from 120 countries that contribute personnel to this unique global partnership that strengthens and reiterates the acceptability of the UN Charter of international peace and security.

Since its formation in 1948 UN Peace Keeping role has evolved in view of the changing challenges in the last 70 odd years. However, the basic tenets of – Consent of the parties, Impartiality and Non-use of force except in self-defence and defence of the mandate have remained steadfast.

Today’s multidimensional peacekeeping operations are called upon not only to maintain peace and security, but also to facilitate the political process, protect civilians, assist in the disarmament, demobilisation and reintegration of former combatants; support the organization of elections, protect and promote human rights and assist in restoring the rule of law.

When in 2000 the Security Council passed Resolution 1325-the position of women as peacemakers began to be looked at anew. Their inclusion in the UN Peacekeeping role has grown a tad slowly and stands at 18%. Secretary General Antonio Guterras, is committed to building the number of women peacekeepers said, “Peacekeeping is the most visible face of the United Nations…The fact that only a small proportion of UN peacekeepers and 10% of police are women hampers our protection reach and operational effectiveness and sends the wrong message about who the UN serves and represents”.

Women peacekeepers today play an increasingly prominent role and are crucial towards improving the performance of UN missions. They serve as police officers, troops, pilots, military observers, and other uniformed and civilian posts, including in command positions.

In the expanded responsibilities, women peacekeepers have proven that they can perform the same roles, to the same standards and under the same difficult conditions, as their male counterparts. In many cases, women are better-placed to carry out peacekeeping tasks, including interviewing victims of sexual and gender-based violence, working in women’s prisons, assisting female ex-combatants during the process of demobilizing and reintegration into civilian life, and mentoring female cadets at police academies.

Adding to the value of this contribution, female peacekeepers act as role models in the local environment, inspiring, by their very example, women and girls in the often male-dominated societies where they serve. Demonstrating to these women and girls that they can do anything – the female blue helmets truly embody the concept, “Power to Empower.”