Celebrating the Centenary of Votes for (some) Women 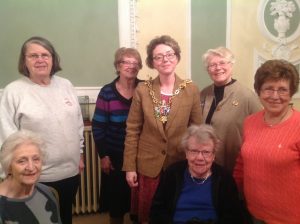 Who better for our speaker this month than a female Ipswich Borough Councillor who is currently the Mayor of Ipswich, Sarah Barber.  And Sarah is also a Nurse at Ipswich Hospital.  She gave us some insight on how she became involved in Politics, the difference female Borough Councillors can make to the issues raised and addressed, and how she juggles her role and her job.  We would all like to see more women putting themselves up for election to become a  Borough Councillor; it would be good to see a 50/50 gender distribution in all Borough,Town and Parish Councils. 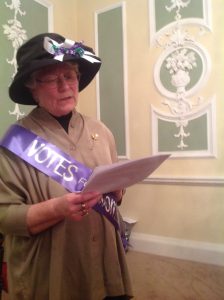 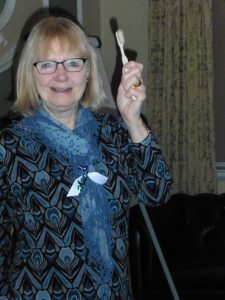 Initially we sang The March of the Women, music composed by Ethel Smythe, who could be seen conducting her fellow prisoners with her toothbrush as they sang this moving song, words by Cicely Hamilton.  We chose to talk about some of the history and key women – Suffragettes and Suffragists.  This included reading out quotes men had made over the years. 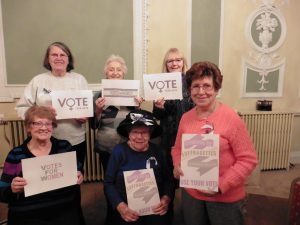