The guest authors will be Sarah Juggins, well known author of The History Makers and Josephine Reynolds the first UK female firefighter. 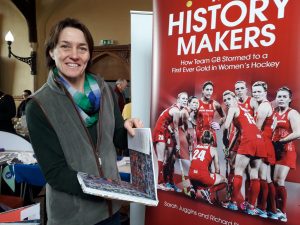 It’s a diverse portfolio – but at the core of her work is a love of telling the whole story. Whether it is a heart-warming and inspirational story about hockey development in the third world or news that a local food producer has won a national award, if it is worth telling, then it is worth writing.

The History Makers, a celebration of the night in Rio 2016 when GB women’s hockey team won a gold medal in a match that was voted ‘The moment of the Olympic Games”. 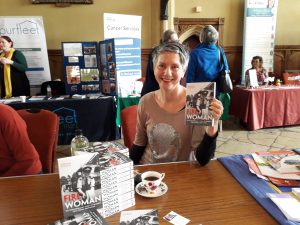 Josephine Reynolds, the UK’s first full-time female fire fighter and recently voted as one of the EDP Norfolk’s 100 most inspiring women 2019. Her book ‘Fire Woman’ tells the story of how, as a young woman, she took on the challenges of a stressful, male-dominated profession and triumphed.

Since the launch and publication of her book FIRE WOMAN she is regularly in the media.

Her story is one of creating opportunities and not being afraid to instigate change, of putting her hand up and saying yes I can do that. Yes I can make a difference.

Come and meet Sarah and Josephine on the 17th as well as enjoy a great lunch. There will be an opportunity for you to buy signed books.

Funds raised for Pandora Project and UNICEF School in a Box.

A Melon with Home-made Raspberry Coulis

B Pork & Suffolk Cider Terrine with light salad and toast

Tea or Coffee and Mints