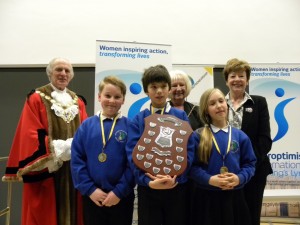 Soroptimist International of King’s Lynn was delighted to hold the seventh Public Speaking Competition on 19th March 2015 at King’s Lynn Academy. Year 6 pupils from schools around King’s Lynn took part, with Greyfriars Primary School impressing us all on the evening with their talk, which debated ‘why don’t sportswomen gain the same level of recognition and remuneration as their male counterparts?’ This topic is especially poignant in 2015, the first year the Ladies Boat Race was televised and BBC launched extensive coverage of the Women’s Football World Cup. 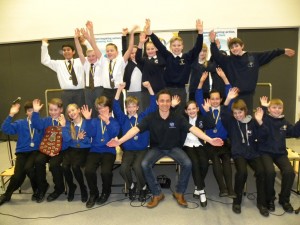 Special guests were The Mayor of King’s Lynn & West Norfolk, Councillor Barry Ayres and Cathy Cottridge – President, SI London Anglia Region. We were very pleased to welcome as Judges Terri Broughton, Vice Principal, King’s Lynn Academy, Retired English Teacher Theresa Banks and KLFM 96.7 Breakfast Show Presenter Simon Rowe Along with his fellow judges and special guests, Simon Rowe was very impressed with this event and the high quality of the entrants. Simon told KLFM’s listeners about his experience at his first Public Speaking Competition and posted a story on his KLFM blog, saying that the pupils were amazing!

Other topics that were discussed were:

We are already thinking about the 2016 event and look forward to welcoming another group of Year 6 pupils.

The start of 2014/15 has busy with visits to our Friendship Link clubs.

Most recently in June two club members visited Solihull for the weekend. On the Friday they helped to take part in SI Solihull’s project Skirting Science. It was a great event which both members very much enjoyed. On the Saturday they had an interesting tour of the  Lord Leycester Hospital,  Warwick followed in the afternoon by one of the Solihull members giving an impromptu tour of Stratford on Avon due to the arranged boat cruise being cut short following heavy rain. In the evening they had a wonderful supper at a members house. 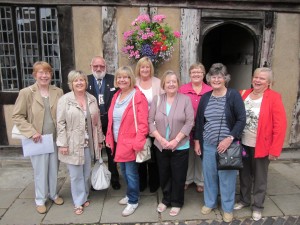 Earlier in June five members plus one husband visited SI Waterlands to help celebrate their 40th anniversary. The weekend was packed with events including on Saturday morning when they heard about the historical development of the landscape in Holland but especially in the region of Pumerend. After the conference they were driven to a beautiful small town named De Rijp and was given a guided tour. In the evening there was a drinks reception and meal to celebrate the anniversary. 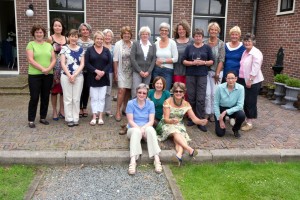 On Sunday morning all members joined together at a members home as shown in the photograph to take part in a fundraising art activity decorating postcards of King’s Lynn and Waterland to sell. One member enjoyed the local form of transport by cycling to the event. 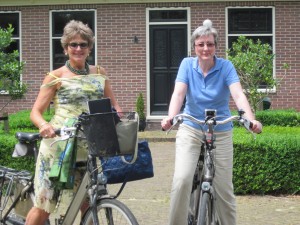 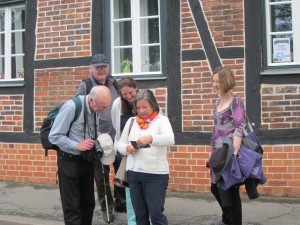 The first Friendship Link visit in the year was to Lubeck during the Hansa weekend. Three members with two husbands enjoyed the weekend of events.