According to the Home Office, up to 24,000 girls in the UK under the age of 15 are at risk of Female Genital 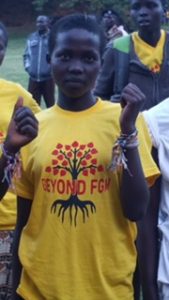 Members of SI Lancaster support Cath Holland’s “Saving our Sisters” campaign by making bracelets for young girls in Africa that are used in “Alternative Rite of Passage” celebrations which have been developed as alternatives to traditional ceremonies involving female genital mutilation.

We have organised several fund-raising events to raise money to build a Safe House for girls who need to leave their homes to avoid undergoing FGM. 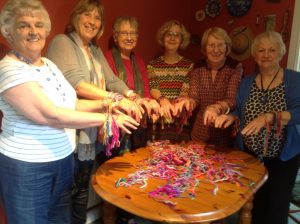 Members with the friendship bracelets they have made for the “Alternative Rite of Passage” celebrations. 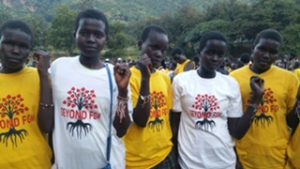