We campaign on many issues, particularly those relating to women and girls.

The Club Supports the White Ribbon Campaign which raises awareness of violence against women. Members handed out stickers in Lancaster City Centre and engaged in conversation about the violence that affects all age/social groups in society. Information packs, posters, bookmarks and lesson plans were provided to a local high school  which were used to raise awareness of gender-based violence with the students’. 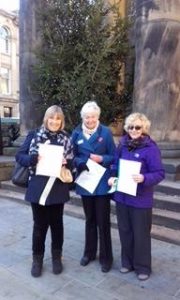 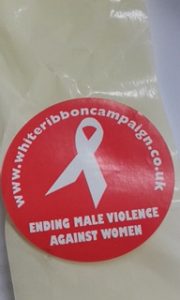