Our Regional Project in Malawi

In 2006 Maggie Orage inspired us to take on this project, whilst she was President Elect – we have worked with our schools in Garda and Lisaki in Malawi for five years. 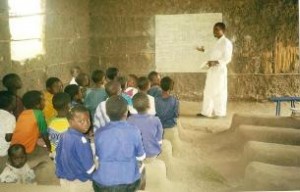 Both Past Presidents, Margaret Hyde and Margaret Sandercock, asked the region to complete ta four-year involvement and to keep up the good work until the project is sustainable. In the event it was a five-year project, continuing during the presidency of Jean Thorpe. In this way, we helped to make a real difference to the lives of the 80 local children in the school at Garda and the 250 children in Lisaki.

The inventiveness of clubs in supporting this project – mainly a fund-raising effort – was amazing!

In 2006 – 07 President Ineke Morris gave each club £20 and asked them to increase it – the response was good and Maggie Orage was able to take funds to Garda so that a brick classroom could be built. 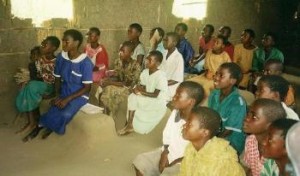 In 2007 – 08 clubs asked President Maggie Orage for a wish-list, mainly for Lisaki, and bought chairs, tables, books, football shirts, and winter clothes for the children in both Garda and Lisaki and maize seed for planting.

The beauty of this project is that we actually knew how it was progressing – Maggie Orage visited regularly and took the goods or money with her. She bought what the schools needed from local suppliers, so as well as supporting the schools, we were supporting the development of local business. 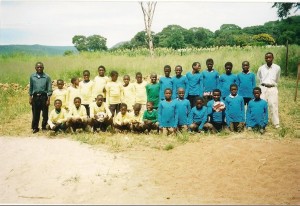 Maggie reported that the school in Garda now has two classrooms – one for children and one for use as a library, resource room and adult education provision – with a staff room between the two.

Maggie reported “The money for the building has been put to good use. The bricks were made and locally sourced wood was used to build – they have their own brick kiln.”

Maize seed was planted to help with the ‘school meals’, and grew to maturity. Children were encouraged to attend school because they know they would get a meal – but they aren’t sure on which day, so had to come every day!

We frequently see new photographs and it was great to see how the schools have progressed – our money went a long way in Malawi!

The region then built toilets and provided small play equipment and toys for the schools to make life a little less basic. 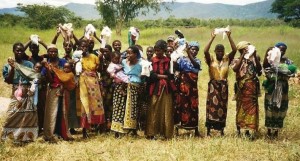 This project brought the whole region together and has made a very big difference in Garda and Lisaki. Maggie visits Malawi regularly and continues to update the region about the project as and when she can.