The forum on Sexual Violence on Warfare was a great success. Over 120 people attended, and our panel included HE the President of Malta, two MPs and Madi Sharma, an international advocate for women and children. 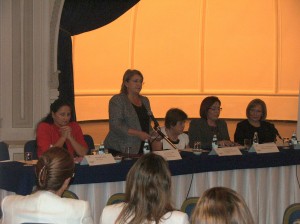 The subject matter covered the main topic of Sexual Violence in Conflict, illustrated harrowingly by images brought by Claudette Buttigieg MP from the International Summit of June 2014 in London, and by a short cartoon film detailing the fate of a victim, through to judgement and punishment of the perpetrators. While distressing, this was also an image of hope. 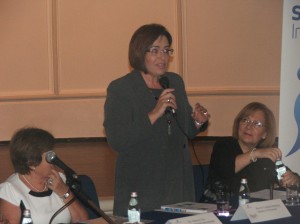 Madi Sharma told her own story as a survivor of domestic abuse, and spelled out a message that those in similar circumstances can turn their lives around to better things, by refusing to be a victim and seizing or creating an opportunity. She got a standing ovation for her moving speech. 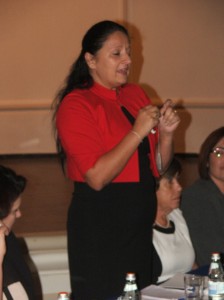 The final speaker was Helena Dalli MP who reiterated the united political uncompromising stance on these issues in Malta, and detailed the many resources that are being devoted to improving the lives of victims, of all genders and ages, of violence of every kind – sexual, psychological, emotional, physical. 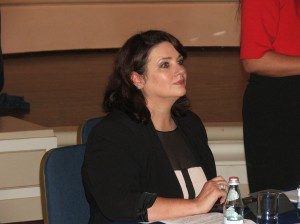 After the three main speakers had followed HE the President’s introduction, the discussion was thrown open to the floor. It was stimulating and enlightening to hear of initiatives in Malta to help tackle this issue. We heard from the Imam in Malta, from Guide Leaders who are introducing schemes into schools to teach girls to recognise the first signs of such abuse and also boys to follow good role models. One important contributor to the discussion was the representative of an NGO entitled Men against Violence, who stressed that violence was not only men vs women, but men vs men, women vs men, women vs women and all against children. 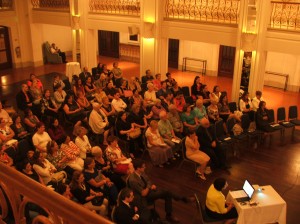 The formal part of the evening drew to a close and the guests were invited to join the panel for a glass of wine. The discussion continued for some time, still energetic!

Our grateful thanks go to the Phoenicia Hotel who donated the use of their lovely ballroom for this function.