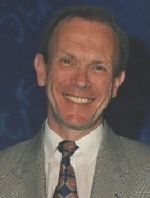 Dr Ian Oliver is an international consultant for the United Nations, former Chief Constable of Central Scotland Police, a board member of International Scientific & Medical Advisory Forum on Drug Abuse, an appointed life member of the International Association of Chiefs of Police and an elected Member of Institute on Global Drug Policy.

In addition to the financial direction of multi-million pound budgets and the operational control of police forces, much of Dr. Oliver’s work as a Chief Officer was concerned with both national and international affairs. He has an extremely wide and varied experience in Chairmanship and membership of committees. In particular he was Chairman of the Association of Chief Police Officers in Scotland Committees on Crime, Discipline, Traffic, and General Purposes. He was a member of the committees on Terrorism, Firearms, Training, Criminal Record Office, the Scottish Crime Squad, Emergencies Planning, General Interests, Communications and the Police Advisory Board for Scotland. Additionally he was a member of corresponding committees in England & Wales. Dr. Oliver was a member of the International Association of Chiefs of Police committees on International Policy, Terrorism, Juvenile Justice, and Firearms.

Nationally – appointed by the Secretary of State to be Police Zone Commander (Northern) in time of war.

Member of the Home Secretary’s Consultative Committee on Firearms 1989-98.

Member of the Special Steering Group for Monitoring Royalty Protection.

Member of the Service Authority for the National Criminal Intelligence Service.

He has been a visiting lecturer at the University of Teesside on Ethics and Drugs and has lectured at St Andrew’s University Centre for Terrorism on the inter-relationship between Drug Trafficking and Terrorism.

His most recent book “Drug Affliction” is easily read and understood and gives the kind of information that everyone should know about the facts and mythology surrounding the most common drugs of abuse.

It is both valuable and essential reading because it addresses some of the populist arguments that suggest that “the war on drugs has been lost and so all drugs should be legalised”; it gives the facts about so-called medical cannabis and it describes how the superficially attractive sounding policy of “harm reduction” has been hi-jacked in the most cynical way by those who seek to legalise drugs. It is not a text book in the classical sense but has been written for anyone, either the professionals who need knowledge about drugs in their daily work or the concerned private person who is worried about family members and the effects that drugs may have on their lives.

This book reveals the mystery about drugs and enables all who read it to understand the issues and engage in informed discussions about a subject that has presented us with one of the most damaging and enduring social problems ever to confront the human race.