We are delighted that Tracy Bullock, currently CEO of Mid Cheshire NHS Foundation Trust is speaking at our 70th Anniversary Conference. We are looking forward to hearing her story of success as a woman in the health world, where there are many, many women employed, but disproportionately less women in senior roles and in professions dominated by men. Let’s look at the facts – 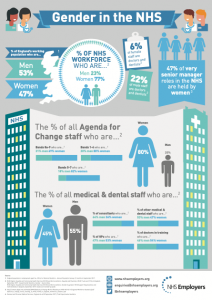 77 % of the NHS workforce are women however just 47 % of very senior manager roles in the NHS are held by women. 54% of doctors in training are women, but only 36% of consultants are women. It has been tough for women to qualify as doctors – it’s taken quite a while for even Dr Who to be a woman, but the first woman to qualify as a doctor in Britain, Elizabeth Garrett Anderson had to overcome legal barriers as well as some outrageously sexist views of the time – For example, a Dr Edward H. Clark published his book ‘Sex in Education’ in 1873 in which he argued:

Menstruation, pregnancy and the menopause were thought to leave women frail, unstable and incapacitated, making them unsuitable for public life.

Elizabeth had to pursue many routes in order to qualify eventually as a licensed apothecary in 1865. While this qualification was relatively low in status, it entitled her to have her name entered on the Medical Register. You can find out more about her story here

In more recent times, girls still faced gender stereotyping at school which led to the same kind of advice we heard about in our discussion of women in the law. It was also an academic challenge – local Soroptimist Dr Vi Pritchard tells of how she studied at night school, retook exams and then applied for a one of the small number of places available to women in 1948 – she says

‘in Sept 1948 I was asked to go for an interview to the London Hospital and was offered a place for Oct 1948. This was due to the fact that the London University Senate had stated that all medical schools in London had to accept 10% of their intake as females in 1948 or lose their funding. The London Hospital had ignored this ruling and were threatened with no funding so at the last moment they had to enrol female students and I was one of the six lucky girls to be offered a place’.

Dr Vi thought all her effort was worthwhile, and thoroughly enjoyed her career as a doctor –

‘I never regretted my persistence in reading medicine and had a wonderful career and job. Every day was different, continually meeting new people, new problems and trying to help particularly disadvantaged children and families. It was challenging at times, but always rewarding’. 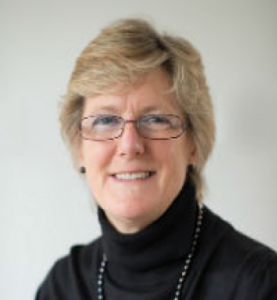 Professor Dame Sally Davies – Chief Medical Officer for England says the best advice she had was ‘be authentic’ and the best advice she can give is “Women – hold your nose and jump. Take the risk” Surely that’s great encouragement whatever field we are in. When asked what challenges she has faced in her career and how she overcame them she says:

‘Well like most women of my age I’ve had to be better than the men to get the jobs, and then of course there is the inevitable you make and put forward an idea at a meeting and it’s only when a man says it that it’s taken up. So I’ve faced all the challenges women have along with my own touch of the imposter syndrome – we all have it’

But leaders in the NHS come from a range of professions, and we are looking forward to hearing Tracy’s story of being a nurse and moving into leadership positions – what will her key messages be? What advice did she get that spurred her on? Come and hear her at our 70th Anniversary Conference on 1st June – details below.

Soroptimists have a vision that women and girls will achieve their individual and collective potential, realise aspirations and have an equal voice in creating strong, peaceful communities worldwide. Our club in Nantwich and District is celebrating amazing women who help transform women’s lives at our 70th Anniversary Conference on 1st June, and we really hope you can join us there. You can register here.

In the meantime, tell us what you think about what makes women amazing, what advice you have had and whether you think progress is being made to achieve our vision.

Please also consider entering our writing competition if you live locally – our topic is ‘An inspirational woman and her impact on my life and or the life of my community’ see here for more details – Hurry, the closing date is 8th April.