Quite an intriguing title, we all had different ideas as to what he had actually found.

Searching through a book stall in Seville Peter came across a child’s Atlas written in Spanish.

Inside he found a map showing Turnpike Roads In Yorkshire dated 1784 .

The Romans made the first roads in Britain and until the advent of Turnpike Roads nothing else had really been built.

Travelling by road in the 18 Century was considered extremely dangerous.

An Act of Parliament was made in order to build theses road as to maintain them they had to be paid for usually by the landowners.

By the end of the 18 Century people could travel anywhere as long as they could afford it!

The map had the distances on from each town to London , coaches were limited to 12mph

The map shows The German Ocean as it did not become The North Sea until after 1914.

Quite a lot of the countryside such as around Scarborough and the Dales did not have any roads, it was the more populated and heavily industrialised areas 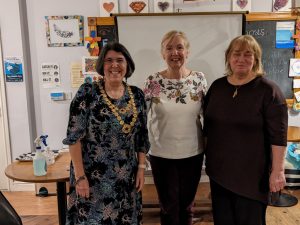