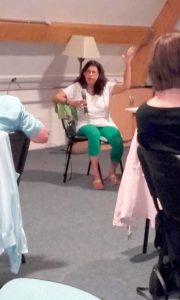 Member Ushadevi Rathore, a yoga expert, visited the Friendship link club of King’s Lynn, U.K. to attend their monthly meeting. She also gave a talk on ‘Yoga and Feminine Empowerment’ which was much  appreciated . the club members want to have a weekend workshop on yoga with her. 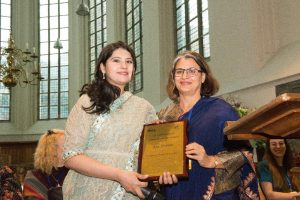 Anu Wakhlu, member of SI Poona and also the president-elect for the national association, received the ‘Women of Excellence’ award on 8th March 2018, (International Women’s Day) at the Hague, at the World Economic forum for Women.  The award was given for Women’s Empowerment. 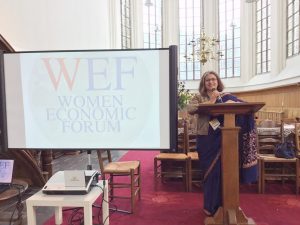 Member Naina Athalye made a film called ‘Oak trees and little Acorns’ which was shown at Brussels in Belgium at the European Women’s lobby, Ecpat and women’s film forum in Amazone. The film tells the story of how little children save their friend from child marriage. The film is made in Karnataka in the Devdasi belt, where though the Devdasi system is now banned, many women and young girls are still trafficked for prostitution. Her film was much appreciated and she also had a very good interaction with members of SI Brussels who wish to have a friendship link with SI Poona. 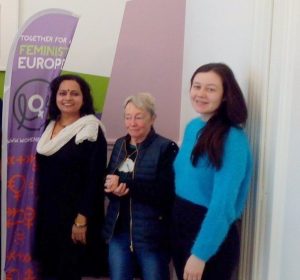 Naina Athalye at the European Women’s lobby at Belgium