Three teams from two local schools, St Edmund’s and Dauntsey’s, brought their innovative and sustainable project ideas for improving life in the developing world, to be judged by local female STEM professionals to the awards ceremony on Tuesday, 17 April at Leehurst Swan School, Salisbury.

Of the winning St Edmunds team, judge Fiona Butcher said: “We were particularly impressed by the deep level of research that you had undertaken, particularly going out to other organisations and charities and seeing what research they had already undertaken in this area that you may be able to use. We were impressed with your comprehensive trialling and prototyping process and your willingness to learn from the things that perhaps didn’t work out, working with those prototypes and those trials to come up with a workable sustainable solution. We were particularly impressed by that.”

Announcing the results, Fiona Butcher said: “We found it really inspiring to judge three really highly innovative projects.” She paid tribute to all three teams for their “high level of presentation, the level of research and the dedication of time that each team had put in and the teamwork you all showed.”

Peter Aymes, Managing Director of Apsley Engineering, a local engineering firm, designed and manufactured a beautiful trophy to present to the winning School. The trophy had as its centrepiece the sight from Chewbacca’s bowlauncher from the film ‘The Force Awakens’ for which Apsley Engineering had been involved in helping to develop props for Pinewood Studios.

Louise Oswald of Gilo Industries addressed the evening to talk about the importance of encouraging more girls to study STEM subjects and to enter the world of engineering, which as she described had so many exciting and challenging possibilities. This was further developed by Esther Gordon-Smith of Highways England, Assistant Project Manager A303, who talked about how her personal career in engineering had taken shape. She was now involved in the challenging role of developing the Stonehenge tunnel in northern Wiltshire.

We were pleased to welcome the Mayor of Salisbury, who not only presented the awards to the winning team and to the runners up, but also spoke of his enthusiasm for STEM and his career in engineering and technology locally. 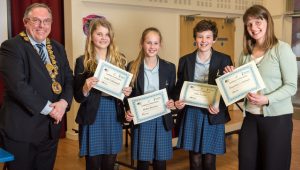 Runners up from Dauntsey’s School with their teacher Kay Layden

Regional President Danny Sparkes supported the event and in her closing remarks read the poem ‘The Mushroom Hunters’ by Neil Gaiman which describes how our ancient female ancestors were the scientists of the past.

We are delighted that our core sponsor is Gilo Industries Group, based in Semley, Dorset. Gilo Industries Group is a technology-led company with highly competent and professional aerospace engineering capabilities and considerable experience in aeronautical vehicle and propulsion system design. The company designs, develops and manufactures groundbreaking solutions that advance technology 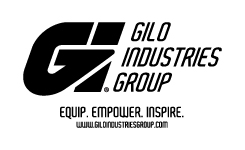 and discovery while meeting customer needs with high impact, best value aerospace products, systems and services. From world-class foot-launched powered paragliders to extreme ultra-lightweight propulsion systems for some of the world’s most innovative aircraft and applications, Gilo Industries Group is at the forefront of aerospace engineering 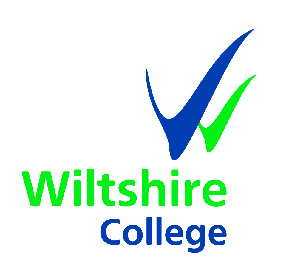 The project is also supported by Wiltshire College and we are grateful for their assistance.

We are pleased to be also working in partnership with the South Wiltshire University Technical College. We are delighted that Leehurst Swan School were kind enough to accommodate us for our rescheduled finals and award ceremony

We are repeating the Salisbury STEM Challenge again for 2018-19 and here is the detail:

World Poverty is everyone’s responsibility and we should all help to find a solution to some of the problems, especially those associated with hunger, water, health, lack of education, poor housing and transport.

We are asking the teams who enter to submit:

The second Salisbury STEM Challenge will start in September 2018, and girls in KS 3&4 in local schools have until February 2019 half term to develop their entries.

If you are a teacher or a parent, and would like to find out more about the STEM Challenge for 2018-19, please contact us and we will get back to you with information on an individual basis.