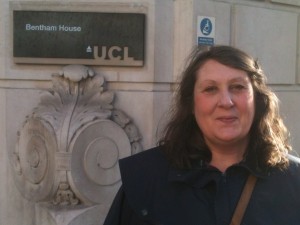 The President of SI Swansea for the year 2012 until April 2013 was Mrs. Amanda Rees of Sketty in Swansea. She is a lecturer and solicitor (non practising) in the Law Department at Swansea University.

Past President Amanda had chosen two main charities to support during her year. The Cancer Information and Support Service is a local charity for cancer sufferers, their families and carers. Breast Cancer Care, is an established charity known to many. Funds raised were gratefully received and well used.

TO PRESIDENT AMANDA– leading SI Swansea until April 2013. All members wished Amanda a very happy and fulfilling year and sent congratulations following her successful luncheon at the Marriott Hotel, Swansea.

Many thanks to all for supporting SI Swansea President Amanda, and for your interest in the work of Soroptimists. 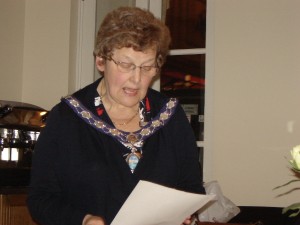 Amanda has paid tribute to Past President Dr. Jane Watkeys who raised funds for Barnardo’s Cymru during 2011-2012. Barnardo’s Cymru provides services for young people who have been sexually exploited as well as ongoing support for children who have been sexually abused. In addition, Soroptimists donated gifts to a charity dedicated to helping the victims of torture and to a number of local charities. Well done to Past President Jane -a good year raising funds for worthy causes.

In addition to the above, members of SI Swansea have been involved in ongoing local and regional projects, and national and international conferences. 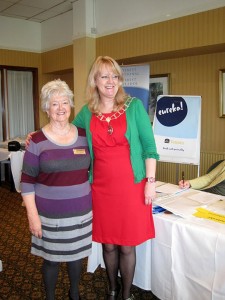 In October 2011 the National Conference was held in Brighton, when our own Swansea member, Rhian Williams was installed as President of the Soroptimist Region of South Wales (2011 -2012). Regional President Rhian has showcased the City of Swansea (from The Liberty Stadium to SA1 and The Llewellyn Hall in Penllergaer),through events held in the City attended by Soroptimist members. The events have been a great success.