To mark the centenary of votes for women, over 100 placard-bearing Soroptimists from Plymouth, St Austell and Torbay were joined by other women as they marched through Plymouth city centre, many wearing period costume.  The colourful parade attracted a lot of attention and media coverage including Westcountry TV, Radio Devon and local newspapers as well as live Facebook coverage by Plymouth Herald.

This is ITV’s newscast of the event:

Plymouth Soroptimist Hilary Preston came up with the idea and as well as organising the march on 9th May, compiled a list of 100 women who have achieved a ‘first’ during the last century.  The marchers wore sashes and carried placards with the names and achievements of the 100 notable women. 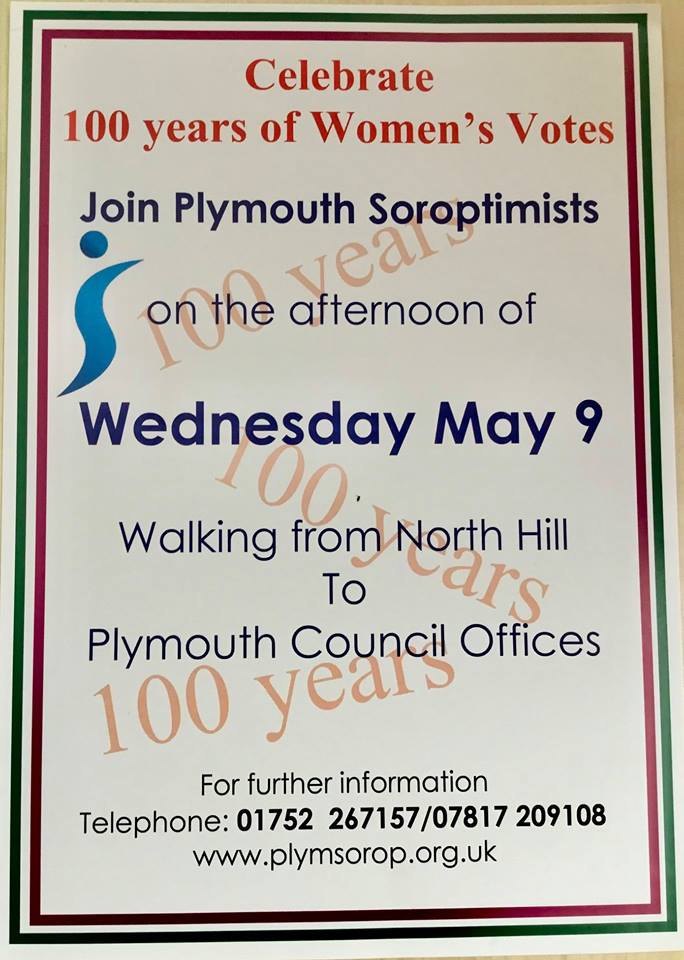 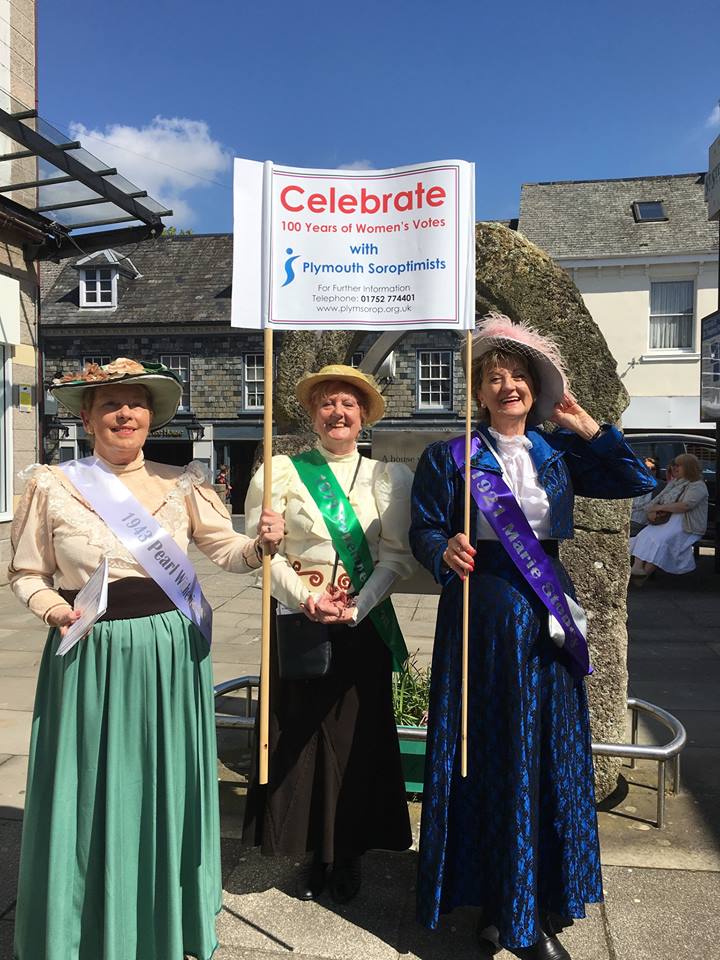 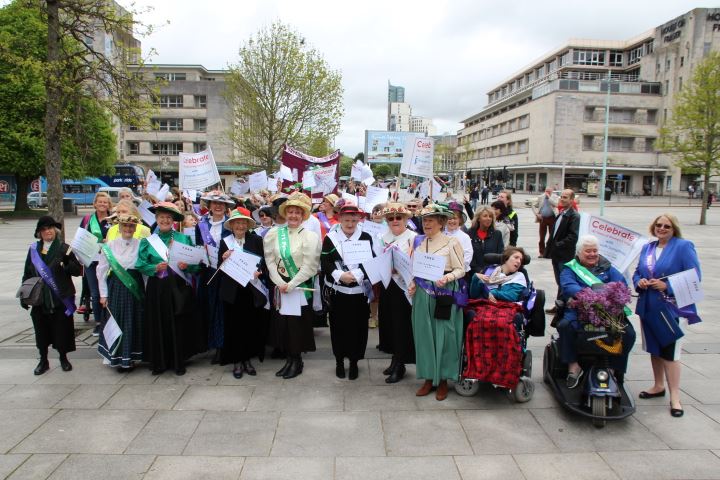 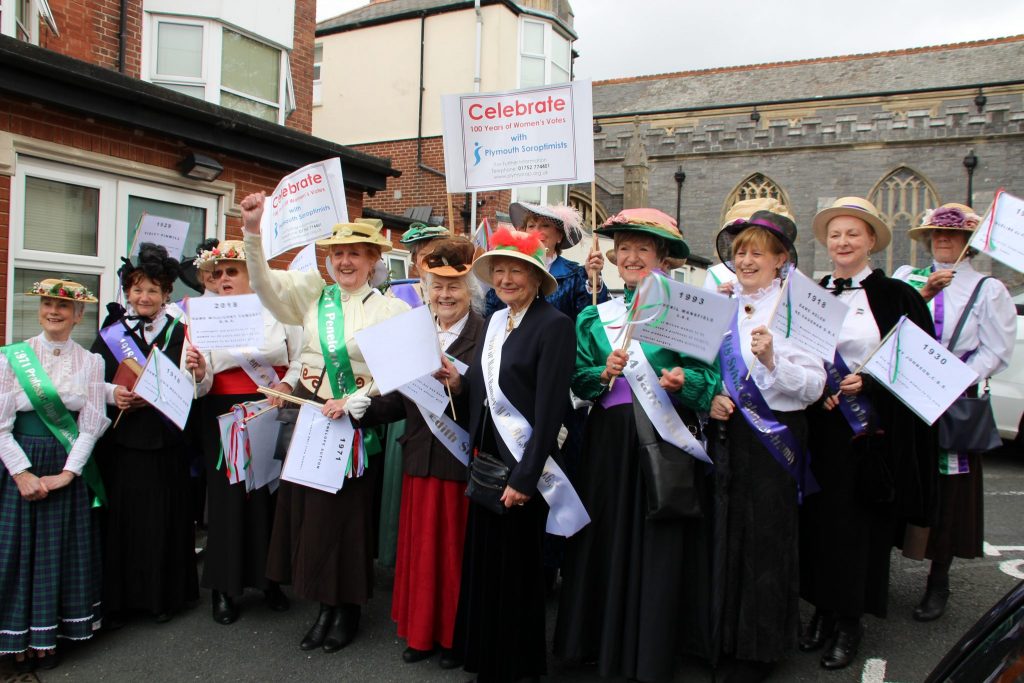 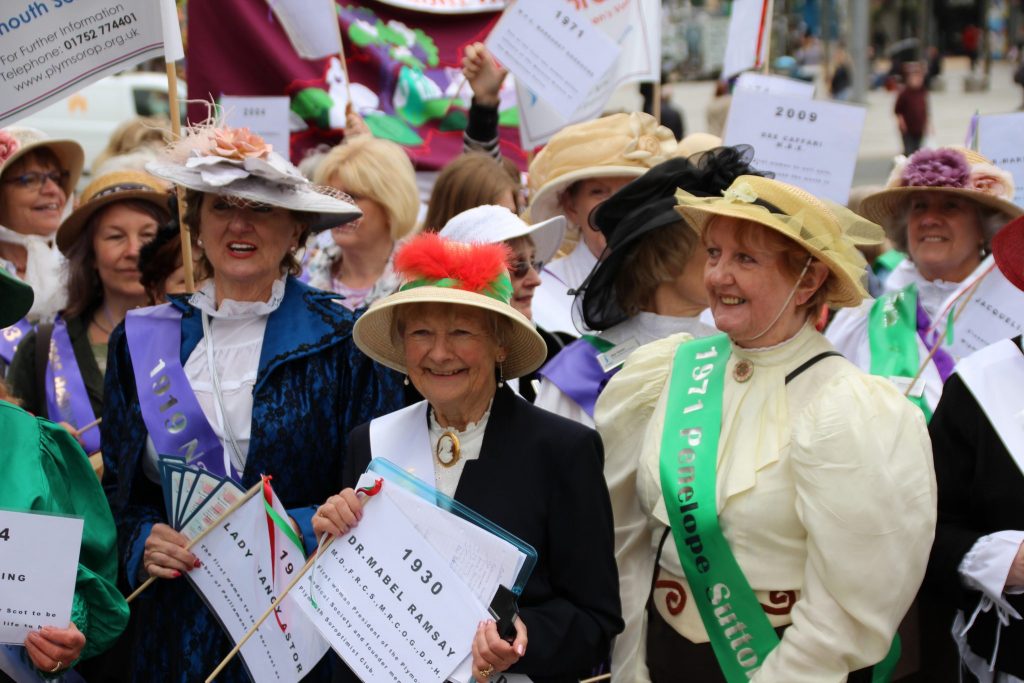 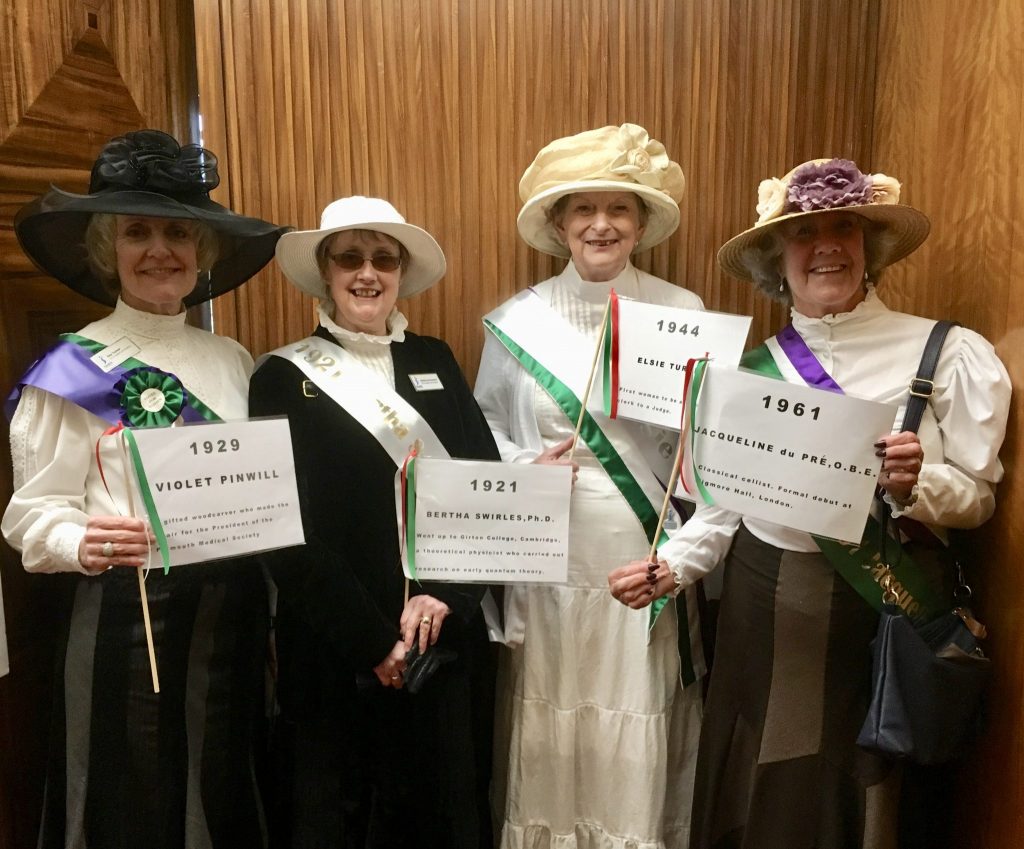 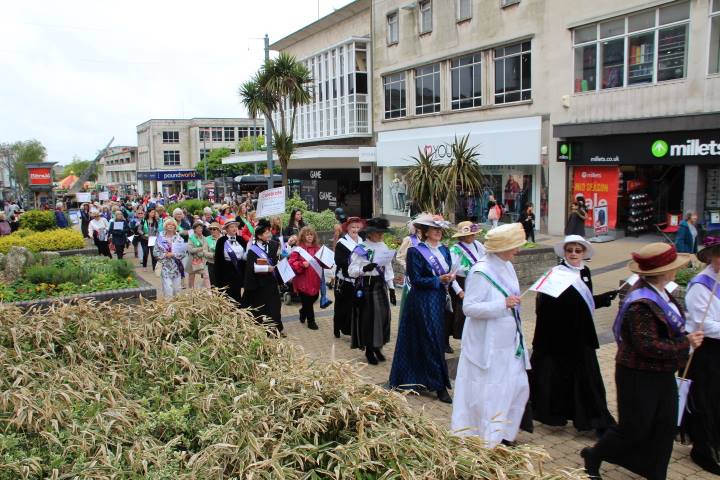 Plymouth’s Lord Mayor Councillor Wendy Foster met the marchers at the end of the walk when everyone enjoyed afternoon tea provided by a Plymouth Soroptimist in the Council chambers.