Why would you choose to be a Soroptimist? 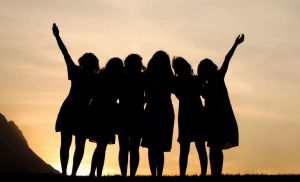 “Why am I a Soroptimist? Because I believe that by adding my voice to the united voice of Soroptimists and other women’s organisations locally, regionally, nationally and internationally I can bring about changes in society which will improve the lives of women and girls.

I believe, and statistics show, that women and girls are still not given fair and equal recognition as positive contributors to their families and communities.

They are still not given full human rights in many countries and are often in a position where they do not know what those human and legal rights are.

Yes, there are men and boys who live in poverty and are vulnerable but throughout the world it is demonstrable that in many communities men hold power; they hold positions of power which do not recognise women as equals. Throughout the world over centuries the lack of recognition of women as equals has led to abuse and subjugation which continues today. This has led to women’s voices not being heard. This has led to women and girls being given no choice over their life paths or even their own bodies.

In practical terms this gives rise to many issues which as a Soroptimist I can advocate or lobby about.

I believe this means raising my voice, and encouraging others to raise theirs, to support women and girls who want to create a positive change in their lives.

If you believe, like me, that women and girls deserve better add your voice to Soroptimist International.”

Club Home
Club news
About our Club
FAQs and Information
Friendship Links with other Clubs
History of the Swindon and District Soroptimist Club
Privacy Notice for Members
A message from President Valerie
Events Around the Region
Club Projects and Fundraisin
Bookmark Project "Loves Me ...Loves Me Not" re Good and Abusive Relationships
International Women's Day March 8th Every Year
Our Project action and fundraising for charities Club Year to April 2018
Programme Action and Charity Fundraising Club Year 2013/14, 2012/13 and 2011/12
Micro Loans to Women Entrepreneurs in the Third World
Why would I want to be a Soroptimist?
Contact us