We were pleased to welcome Tiverton Mayor Susie Griggs to our July meeting, and are delighted that she has agreed to be an honorary member of our club over the next year.

Our mayor, Susie Griggs, gave us an interesting talk on her role as Mayor during our Zoom meeting in July. The very first mayor, John Diamond, was elected in 1620 but the Town Hall wasn’t built until 1864. Mayor  Susie chairs the monthly council meetings which are open to everyone, which was news to some of our members. If a resident is unable to attend an email would suffice and would be read and responded to as appropriate.
Another piece of fascinating news was that Tiverton gave Freedom of the Town to HMS Enterprise. Susie has been aboard, even experiencing a very short time at the helm (without incident!).
There is much Susie would like to achieve e.g improvements to the Market Place toilets and discovering the reason for there being no water in the leat. These issues take time and considerable costs and are unlikely to be achieved during her tenure. However, our new mayor will take on the mantle in due course. 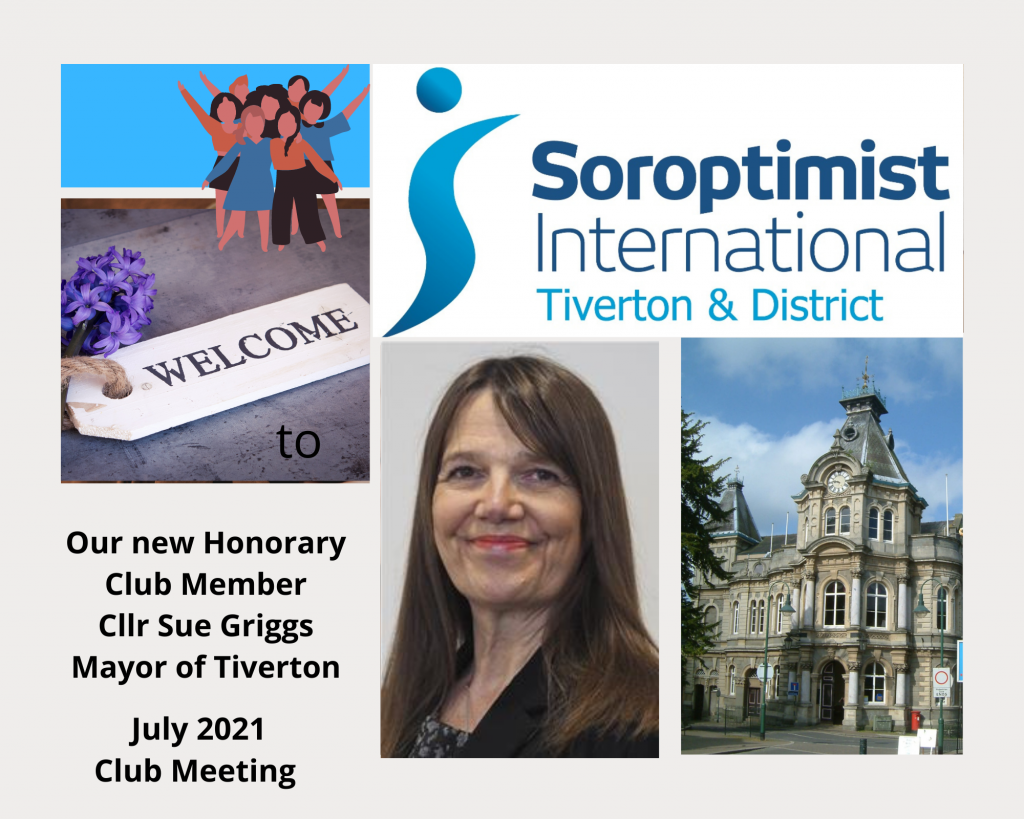