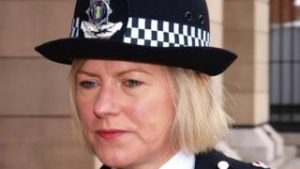 A senior police officer has been announced as the government’s new anti-slavery commissioner.

Sara Thornton, who currently chairs the National Police Chiefs’ Council (NPCC), will begin the role in May.

She will be responsible for giving independent advice on tackling modern slavery over the next three years.

Kevin Hyland, who quit in May last year, had been the first person to take up the position in late 2014.

“At times, independence has felt somewhat discretionary from the Home Office”, he said in his resignation letter.

“The fact that modern slavery still exists in the shadows of our communities is totally unacceptable”, he added.

“We are doing all we can to banish it from society and give victims our full support.”

The anti-slavery role was created by the Modern Slavery Act, which became law in 2015.

An interim review of the law published in December had called for the current appointment process to be put on hold.

The report, written by two MPs and a peer, said a new job description should be drawn up to address concerns about its independence.

Ms Thornton was previously Chief Constable at Thames Valley Police between 2007 and 2015.

In 2013 she apologised for a delay in securing convictions against men who abused girls.

“I am looking forward to bringing my long experience as a chief constable and in national policing to bear in this important role”, she said.

“Good progress has been made in recent years and I am committed to build on that and do what I can to consign this crime to history.” https://www.gov.uk/government/news/new-independent-anti-slavery-commissioner-announced