Soroptimist International Great Britain and Ireland is run by a Board of 12 volunteer members elected by the membership.  Some details are given below: 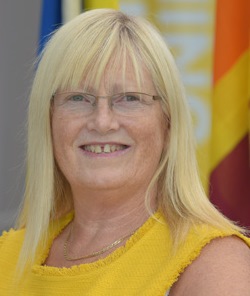 Sue joined SI Barnstaple in 2000 before transferring to SI Harrogate and District in 2004. Following this she was a founder member of SI York Ebor and latterly transferred in 2009 to SI Paisley. A keen interest in the link between membership and programme action has lead Sue to the role of director Without Portfolio in 2012 followed by Director of Membership, 2013 -2016,before taking on this role and that of Vice President in 2016. Sue has been Club President twice in SI Paisley and also in SI York Ebor. She has also been Regional President of SI Scotland South.

She has been an avid supporter of the Growth Plan approach to recruitment and retention of members in Clubs. Membership Month in May 2016, to be repeated in 2017, provide Clubs and members an opportunity to  align themselves to a campaign to recruit new members and promote the SIGBI brand.  In addition Sue has worked closely with the Director of Organisational Development in the delivery of two development days around leadership development.

Isobel joined SI Birmingham Central in 1992 and transferred to SI Solihull in 2012.  She has been President at both Club and Region level, and was Councillor for SI Midland Arden for four years.  She served for two years as Director without Portfolio, before applying for the Director of Organisational Development post. She has held that post for three years, and remains in post for a further year as well as now being Vice President of Soroptimist International Great Britain and Ireland (SIGBI) Ltd.

Sue joined SI Pendleside in 2000, before transferring to SI Burnley in 2010.  Programme Work has always been her passion, and she was Programme Action Officer and President of both her Club and her Region, before becoming National Programme Chair for UKPAC and England and was SIGBI Programme Director between 2011 and 2015.

Sue was a driving force in the success of The BIG Project, which SIGBI did in conjunction with MCAI (Maternal and Childhealth Advocacy International) which improved birthing facilities in The Gambia, as well as providing training for Mid Wives, Doctors and Traditional Birth Attendants.  She is thrilled that SI Canterbury’s “Meru Women’s Garden Project” is the SIGBI three year Project, and urges all Clubs to get behind this Project with the same enthusiasm. 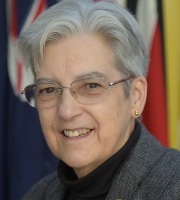 Kay has been a Soroptimist since 1999 and is a Member of SI Cardiff and District.  She has served as Programme Action Officer at Club and Region level, and was UKPAC and Wales Programme Action Chairman before taking on the role of SIGBI Programme Director.

Kay has worked as a physician at home and abroad, and her time as Chairman of UKPAC has increased her enthusiasm for the work SIGBI does and the influence we can bring to bear. This has been illustrated by UKPAC’s work with governments across the UK, the Prison Reform Trust, the Modern Slavery Training Delivery Group as well as other bodies local to all our clubs. 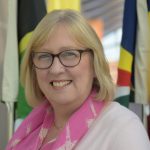 Ruth joined SI Guildford and District (now SI Surrey Hills) in 2003. She has been President and Treasurer at both Club and Region level, and is a Chartered Accountant with 25 years experience.

She is a commercially focussed Finance Director with a proven track record of developing strategies and businesses processes. She is a proactive change manager utilising strong communication and influencing skills to implement policies, procedures and systems to enable businesses to achieve their objectives. She is confident that she can help SIGBI move forward financially. 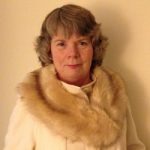 Judith has been a Member of SI Garstang since 2004, and has been Club President three years, before becoming Federation Councillor of SI North West England and the Isle of Man.

She is looking forward to the challenge of Director of Membership, and has several ideas for taking Membership of SIGBI forward.

Isobel joined SI Birmingham Central in 1992 and transferred to SI Solihull in 2012.  She has been President at both Club and Region level, and was Councillor for SI Midland Arden for four years.  She served for two years as Director without Portfolio, before applying for the Director of Organisational Development post.

During her three years as Director of Organisational Development, Associate Membership of SIGBI has been introduced, and 10 Clubs have been chartered.

New initiatives include School Clubs (one is being Chartered in November 2017) and Campus Clubs (which is still at the development stage). 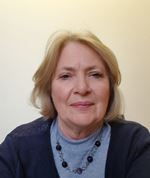 Shirley joined Soroptimists in 2000 and is a member of SI Rhyl and District.  She has held various Club and Region roles, including President, Membership Officer and Communications Officer, as well as being Federation Councillor for the Region. She is looking forward to supporting the other Directors with their workload and to support Federation Councillors (FCC) in their roles. 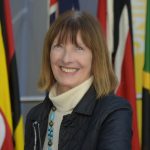 Judi joined SI Belfast in 1980, transferring to SI Chichester in 2006 and SI Surrey Hills in 2017. She has been Club President and Secretary, Federation Councillor and APD Violence and Conflict Resolution. She has represented SIGBl on outside bodies such as the Nl Women’s European
Platform where she was elected to represent Nl on the UK Committee of Women and act as representative to the European Women’s Lobby and as Board member. She also represented SIGBI as a representative from the UK PAC at the Council of Europe, Strasbourg. 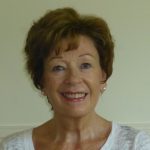 Cathy joined SI Southend-on-Sea and District in 2007 and has held President, Membership Officer and Programme Action Officer posts at Club level, and been Regional President and Benevolent Fund Representative.  She become Federation Councillor in 2016.

She is looking forward to bringing her wealth of experience in a variety of positions to the post of DWP.