Early in the year Ben Hogbin, the Project Manager of the WYCP, gave us a talk on all aspects of the support that he and his team give to young carers in the Winchester district.  This highlighted the plight of these young people, some as young as 8.

During the year we discussed how Winchester Soroptimists could become involved by joining the Management Committee, as a Trustee or as a Volunteer, but the only role they saw for us was to help with the charity’s fund raising efforts.  We declined because in future years that would conflict with the demands of the club’s own fund raising activities for our new projects. 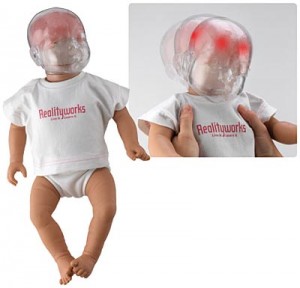 This project was adopted to find grants to provide a Realcare baby for a school as an educational parenting tool to discourage teenage pregnancy.

We found a school that was very eager to participate in the project.  At a speaker meeting a representative from the school outlined why she felt her school would benefit and how she would like to implement the programme.  President Carol Force gave positive feedback from a school that had been using the Realcare system donated by SI Newbury 10 years ago.  On the strength of this the club decided to fund the starter kit from our own charity fund and to use this as a springboard to raise funds so that additional dolls can be purchased including ones designed to demonstrate the effects on a baby of shaking and of drug and alcohol abuse during pregnancy. 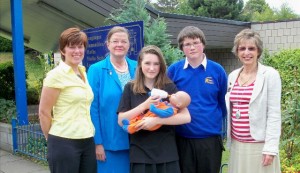 Winchester City Council has recently halved the time that blue badge holders can park in the High Street. We wrote to the Hampshire Chronicle and our MP to protest and we lobbied councillors to get this decision reversed.  Failing that we suggested an alternative area and this has now been reserved for disabled use.