Do you want to make a difference to Women and Girls around the World?

Taking action by signing a petition can really make change happen.Petitions are a great way to get your views heard by Government, get Journalists to take notice or raise awareness about a certain issue. There are so many different petitions flying around, so with the help of our Programme Team we’ve selected a few which we feel are right for you to support.

Please note that the petitions included on this page are ones that SIGBI feels are right for you to support as individual Soroptimists. This does not imply that SIGBI, as an organisation, does so.

In addition if you’d like to contact your local MP about any issues, you can search for their details here. 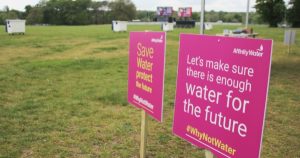 Water is not part of the climate change debate. It is treated like an add on when it is critical to life. We need this to change now. #WhyNotWater is a campaign to fuel a national debate to ensure water conservation is at the heart of our actions and behaviour.

Proposing some small changes to legislation and policy will have a big impact.

PETITION 2 – CONVENTION ON THE RIGHTS OF THE CHILD

Thirty years ago, world leaders made a historic commitment to the world’s children by adopting the United Nations Convention on the Rights of the Child – an international agreement on childhood.

It’s become the most widely ratified human rights treaty in history and has helped transform children’s lives around the world.

But still not every child gets to enjoy a full childhood. Still, too many childhoods are cut short.

It is up to our generation to demand that leaders from government, business and communities fulfil their commitments and take action for child rights now, once and for all. They must commit to making sure every child, has every right. 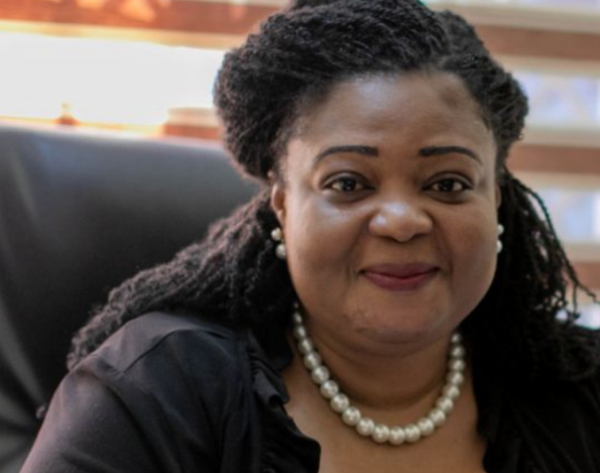 All too often, there is no justice for women and girls affected by violence.

But around the world, there are heroes in communities, law firms and police stations who are fighting to fix broken legal systems that protect abusers and punish survivors. These heroes include lawyers sacrificing their fees to help women access justice in Ghana and feminist school graduates in Jordan who are demanding change.

The odds are stacked against women and girls who survive violence. Together with limited legal support, low resources and a fear of retribution, justice systems and social norms put women and girls off from reporting or pursuing crimes against them.

Governments let their justice systems put survivors of violence on trial. This could be through invasive medical examinations or by making them recount their sexual history in court.

In some cases, the violence committed against them doesn’t constitute a crime. Even when laws exist, survivors often don’t report violence because they are unable to access legal advice or lack the economic independence or support to speak out. And sometimes the law holds them as more culpable than their attacker, disbelieving women and charging them with adultery or even sentencing them to death.

Will you join ActionAid in supporting campaigners across the world who are putting the power back in the hands of women and girls who survive violence? 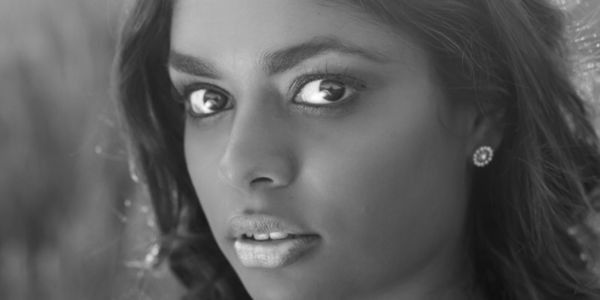 In India, a shocking 98 percent of rapes are committed against women by their husbands, yet, despite this horrifying statistic, all of these rapists are able to avoid punishment. According to Section 375 of the Indian Penal Code, a man cannot rape his wife, even if he engages in sexual intercourse with her without her consent.

But women’s rights activists are trying to change that. They’ve argued that a woman’s right to choose whether or not she would like to have sex is solely hers, and have told the Delhi High Court that more than 50 other nations have criminalized the practice.

What has the government said in response? In an almost unbelievable rebuttal, they contend that: “The fact that other countries, mostly Western, have criminalized marital rape does not necessarily mean India should also follow them blindly,” and that criminalizing marital rape “may destabilize the institution of marriage.”

These excuses are both retrograde and dangerous. The Indian government needs to protect the rights of women to say no, even if it is to their husband. 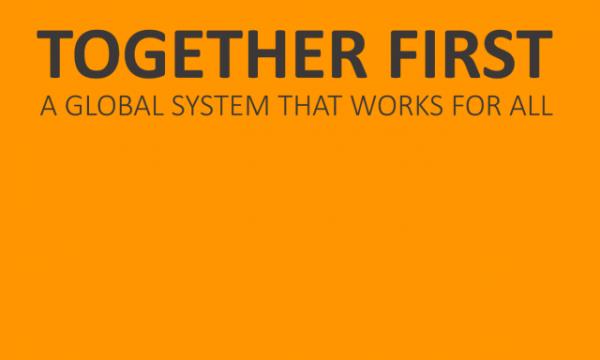 We (the peoples undersigned) are deeply worried by the inability of our leaders to work together to solve the existential risks we face. If humanity is to survive, we need a shared vision for the future, greater cooperation and urgent action to tackle global problems.

So today we cast our ‘veto’ and call on our governments to do better. The Paris Peace Forum must be the start of a global governance transformation, culminating in a World Summit in 2020 – the UN’s 75th anniversary – at which serious changes must be made. Time is running out. We challenge you to use these two years wisely. 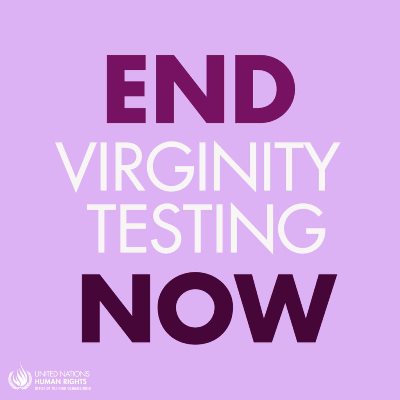 At least 20 countries still use the antiquated procedure, and the UN is committed to stopping gynecological examinations intended to measure virgin status, worth, and moral dignity, the Associated Press reports.

The World Health Organization (WHO), UN Women, and the UN Human Rights office decided the tests used to see if a woman is worthy of marriage, or employment, are “medically unnecessary,” according to a joint statement.

Doctors, police, and community leaders often inspect a woman’s hymen or insert their fingers into the vagina to conduct the invasive inspection, which the UN says hasn’t been shown to determine if a woman has had vaginal intercourse. A girls’ hymen can be broken due to many reasons other than penetrative sex.

In some places, including Afghanistan, virginity testing is conducted on rape survivors to decide if the alleged rape actually happened. The practice can be extremely harmful by causing physical pain, triggering the original act of sexual violence, making the survivor feel disempowered and causing revictimization, the UN explained in its statement.

“Given that these procedures are unnecessary and potentially harmful, it is unethical for doctors or other health providers to undertake them. Such procedures must never be carried out,” the UN wrote. 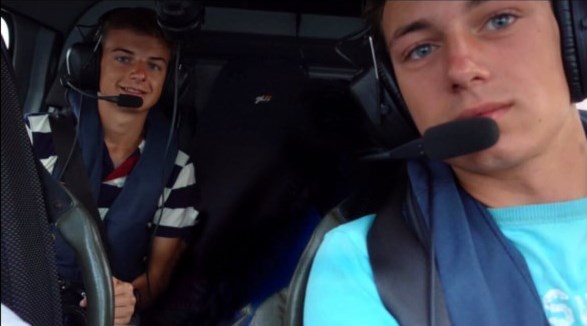 In January 2018, I lost my younger brother, Sam, to suicide. He was just 15. While I sat on my bed that Sunday evening, little did I know that only a few metres away from me my brother was about to take his own life.

As part of research into ways of helping young people suffering with mental health conditions in schools we found that staff are generally not equipped to deal with problems faced by some students as they don’t have the knowledge to do so.

Mental health first aid would be a very cheap and easy to run session which outlines potential problems faced by students and offers guidance to staff on what to do immediately (i.e. don’t ignore the student). It would also advise staff on who to contact about the student to start putting into place the support they need as quickly as possible.

Making the training compulsory may seem excessive at first glance but we now live in an age where three students per class have a diagnosable mental health condition [1]. There are over 200 schoolchildren lost to suicide every year [2]. And the rates of depression and anxiety in young people have increased by 70% in the last 25 years [3]. So, I wholeheartedly believe, this isn’t an excessive measure to be taking, it’s a desperate one. 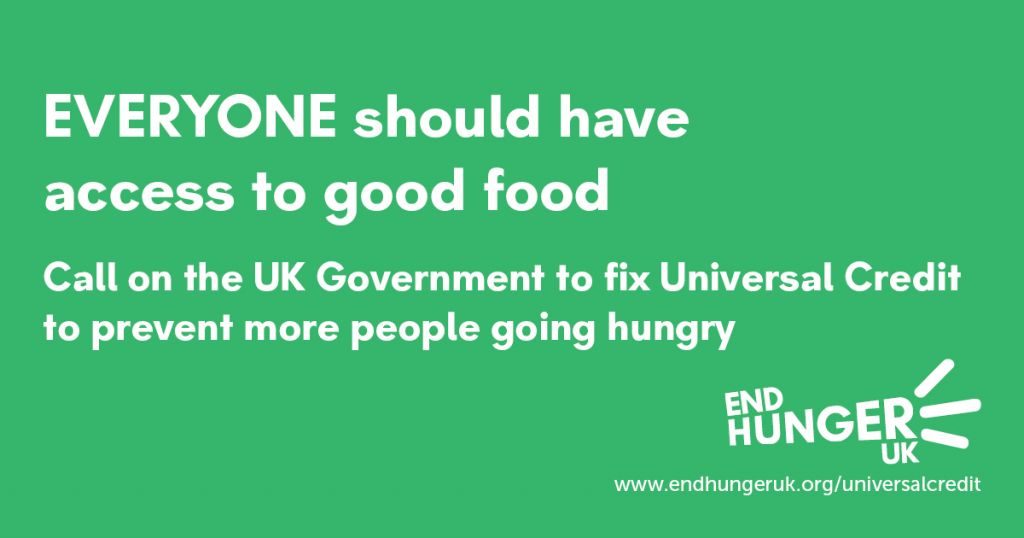 No one should have to go to bed hungry. Join the campaign to End Hunger in the UK.

NOTE – Please be aware that by signing up to some petition websites you may receive emails regarding other petitions which are not of interest. Please check your subscription preferences on sign up.