There were three nominations and one winner in each category.  Details of the winning project are shown below, together with the Clubs and project titles of the runners up.  Congratulations to all Clubs for their fantastic work. 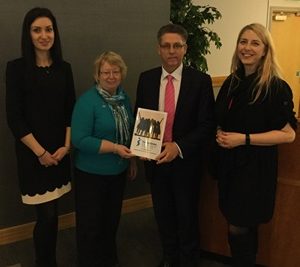 Northern Ireland Soroptimists during the month of October 2016 took part in a survey questionnaire with regard to the public’s understanding of human trafficking and whether they would recognise the signs. The project involves each Club meeting the public and asking the relevant questions. Analysis of all answers is then carried out.

Recently an SI Lurgan Member met with the UK Anti-Slavery Commissioner and gave him a copy of the survey outcome report. The same member also met with the local MP Mr David Simpson who intends to sit on the All-Party Group on Human Trafficking at Westminster.

Northern Ireland Soroptimists are pleased that UKPAC has now taken this project to roll out across the rest of the United Kingdom of Great Britain and Northern Ireland. Other parts of the Federation are also considering carrying out this survey and already the questionnaire is on its way to Barbados. India and Nigeria may be next.

Also nominated were SI Bournemouth for their lobbying to keep a ban on Neonicotinoid (which adversely affects the bee population), and SI Hamilton for their work on Reducing women’s Imprisonment. 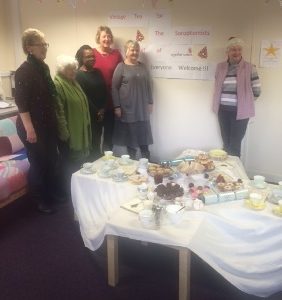 This project was as direct result of work undertaken by the UKPAC in partnership with the Prison Reform Trust and is focused on empowering women to promote realistic change within their lives.

Members have been involved at many different levels – from the weekly Knit & Natter or other craft activity sessions facilitated by Soroptimists from Bingley, Bradford, Ilkley and Keighley donating clothes, bedding, welcome packs for women in need and through the funding of activities/gifts for the women and their children at Christmas and Easter. We instigated organised and provided food and gifts for the Christmas Party which was incredibly well attended.

The Together Women Project moves women out of crime and away from damaging lifestyles into more positive futures working with them in safe women-only spaces building their resilience and empowering them to learn new skills. The majority of the women attending are newly released from prison or on community orders. The possibility of staff working with self-referrals has greatly reduced due to cuts in funding therefore our services are even more critical.

The donations of welcome packs, clothes and money to support their activities have been vital. Our weekly activities are greatly appreciated by both the TWP staff and users themselves appreciate the opportunity to talk and be listened to as they develop their communication and social skills. We have observed how they have grown in confidence. Some users who have learned to knit have found that learning new skills has increased their self-esteem and their ability to re-engage with the family. 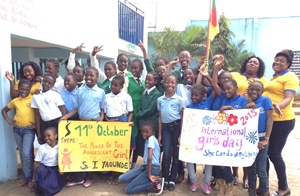 SI Yaounde set out to improve the body confidence and self esteem of girls, by acting a play on the equality of boys and girls and to encourage girl child education and fight against gender-based violence.

Due to customs and traditions in Cameroon, girls are regarded as inferior to boys, so boys also need to be educated to understand that boys and girls have equal rights and have to advocate for these rights, so the project aimed to educate boys as well as girls.

The girls are empowered and have self confidence that has enable them to hold leadership opportunities in school.

Also nominated were SI Bradford for Together Women Knit & Natter, and SI Karachi Central for My Right to enjoy Education. 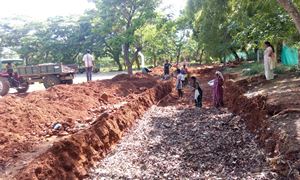 Environment day was celebrated in a grand scale by SI Madurai, as they adopted the Miyawaki Method of planting trees. It’s a Japanese method in pursuit of creating a mini Rain Forest. The children also brought out the importance of Good Environment Practices through Miming discussion & song.

250 students were involved in planting 350 saplings of hardy trees like Pungam, Sal Sorgam, Kodambu, Gulmohar, Vengai, Iyalvagai, Karumarudhu Sivakundalam and Naattuvagai. Provision of environmental education creates greater awareness in individuals and communities with respect to putting environmental resources to use whilst at the same time conserving them.

Awareness shapes a hierarchy of values and at the same time has an influence on the sense of responsibility for inappropriate choice of values and indifference towards wrongdoing. We could create these awareness among students and staff of the school. 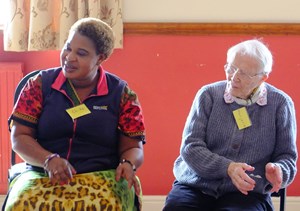 Singing for Memory is a service which uses singing to bring people with memory problems together in a friendly and stimulating environment and empowers and enables them to participate in the local community.

SI Grange-over-Sands organised sessions for local residential care homes and conducted training sessions for the singers leading the sessions on dealing with people living with dementia and the beneficial and empowering effects that music has.

The project helps to improve the lives of people living with dementia and their carers. The numbers attending have risen and some of the initial attendees from 2014 are still attending. The local community are very supportive of the project as is seen by the generous donations they have given and the low rental price for the hall where we meet.

Members of the Club are very willing and skilled volunteers.  One Member of Staff said “It is the highlight of our week, thank you so much for making it possible for us to continue singing – you are all absolute heroines. Our residents loved it and stayed awake after lunch!”

Winner: SI Nigeria : Break the Silence – No to Violence 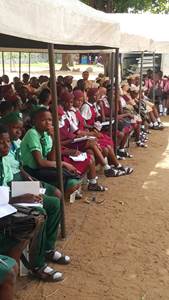 SI Nigeria launched its “Rape and Sexual Violence Campaign” at Ilupeju Junior and Senior Secondary School and two other schools joined in on the programme, which was delivered to 250 students and 20 teachers.

Students were taught about sexual violence and rape, sex trafficking, sexual transmitted diseases and participated in a self defense demonstration. Because of the incessant occurrences of sexual violence and rape (the number one crime in Nigeria today) amongst our youths the National Association wanted to give hope to future generations.

The sessions aimed to remove the stigma of being a victim of sexual abuse or rape and protect our young people. Many students spoke out (for the first time) about sexual abuse that happened to them. SI Nigeria plan to continue with this project and roll it out to more schools in order to educate, empower and enable our young ones.

Also nominated were SI Canterbury for Rising sun one stop Cafe, and SI Port of Spain for their Poetry Workshop.